Published December 18th, 2019 - 09:08 GMT
According to UK-based consultancy firm Business Monitor International (BMI), the UAE e-commerce market is poised to grow to $17.8 billion in 2020. (Shutterstock)
Highlights
One of the prime reasons for rising e-commerce is E-wallets.

A federation of seven emirates, The United Arab Emirates has grown from a quiet backwoods to one of the Middle East's most important and busiest economic hubs. Though habitually restrictive, the UAE is one of the most liberal countries in the Gulf, allowing other cultures and beliefs generally being accepted. Before oil was discovered in the 1950s, UAE's economy was dependent on fishing and pearl industry. But since oil exports began in the early 1960s, the country's disclosure towards economy has been drastically improved. The country has expanded and has become a regional tourism and trading center. 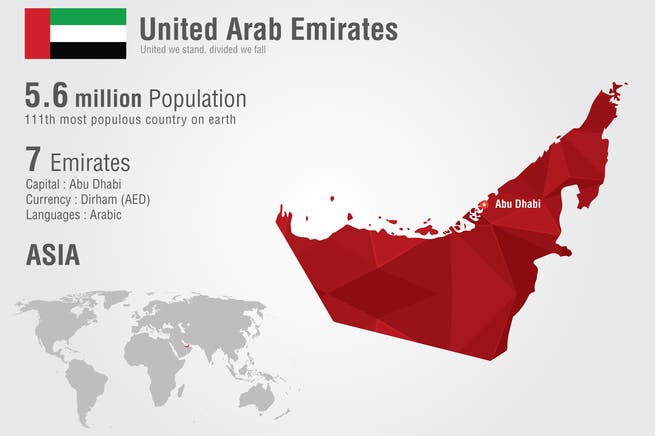 With growing exposure in the international and tourism trade, the country also steered its attention towards the e-commerce industry in the early 2000s. The United Arab Emirates has been known to be an early adopter in the GCC region, particularly when it comes to latest technology trends. At the start of the e-commerce boom in early stages, UAE was spontaneous enough to begin exploring the new platform and by 2010, several companies had entered the internet marketplace. The relatively quick growth was due to an excessive consumer base that quickly became comfortable with the concept of online payments, online transfers, etc. During this time the rise of online websites such as Souq.com (now known as Amazon.ae), Dubizzle, Emiratesavenue.com, all provided excellent examples of the growing interest in e-commerce across the country.

By 2011, the internet marketplace had developed considerably with concerns about using debit/credit cards for online payments leading to general trust in e-commerce reaching a higher point. Being an e-commerce leader among Gulf states, UAE’s global business to customer expenditure beat 3.8 trillion dollars in 2017. UAE’s e-commerce market was expected to hit 10 billion dollars in 2018, with a progressive increase from 2014 with a value of 2.5 billion dollars. According to UK-based consultancy firm Business Monitor International (BMI), the UAE e-commerce market is poised to grow to $17.8 billion in 2020. UAE Ministry of Economy has estimated that e-commerce constitutes 10% of total trades in the UAE. Official sources also indicate around 91%  of the UAE population has internet with smartphones which have played a very active role in supporting the growth of e-commerce in the country. As Amazon.com acquired Souq.com, the largest domestic online merchant, in March 2017, it gave the global operator a large share of sales in the UAE.

Reasons why UAE is rising in the sector of E-Commerce: Millennials and Gen-Z are the generations who heavily rely on technology these days. UAE residents are also among the top 10 globally when it comes to spending time on the internet and social media, averaging 7 hours and 54 minutes every day. With excessive digital shopping opportunities, no individual is deprived of the numerous websites that provide options for purchasing preferred products at economical prices. Portals like Rezeem publishes Amazon UAE promo codes and other popular stores’ offers to deliver the best shopping in budget  to the consumers. Government intent also plays an important role in expanding the e-commerce sector as government policies have played a crucial role in building a digital culture in the UAE and eliminating many barriers to become a cashless society. One of the prime reasons for rising e-commerce is E-wallets. The use of mobile wallets in the UAE has gradually increased with global companies such as Google Pay, Apple pay and Samsung Pay entering the competition along with local companies like Etisalat Wallet and others . With a simple finger tap of their smartphone, residents can today pay online, at supermarkets, petrol stations, taxis, cinemas, and many more outlets. The reason why many people are preferring online transactions is because of payment security as the encrypted information is safe, secure and the data is not subjected to be misused in any way.

In 2016, the Arab Federation of e-commerce that represents 14 countries across the broader MENA region was established to develop the MENA’s e-commerce sector. In 2019, federation released a 5-year plan focusing on growing the region’s e-commerce sector from 20 billion dollars in 2017 to over 200 billion dollars by the early 2020s. With possible changes to the governing framework such as easily established company setups and more promising import and export prices, UAE is well-positioned to take advantage of cost-effective opportunities to distribute electronic business and continue to lead the region.

By Fatima Khanam
The views/opinions expressed in this article are those of the author and do not necessarily reflect the views and opinions of Al Bawaba Business or its affiliates.