Bitcoin (trading $27,000 at press time) has risen significantly last week as traders apparently were able to look beyond all the hurdles the world’s first cryptocurrency has faced.

The future looks brighter every day for Bitcoin as the flagship coin is expected to surpass the $30,000 key level by New Year’s Eve. 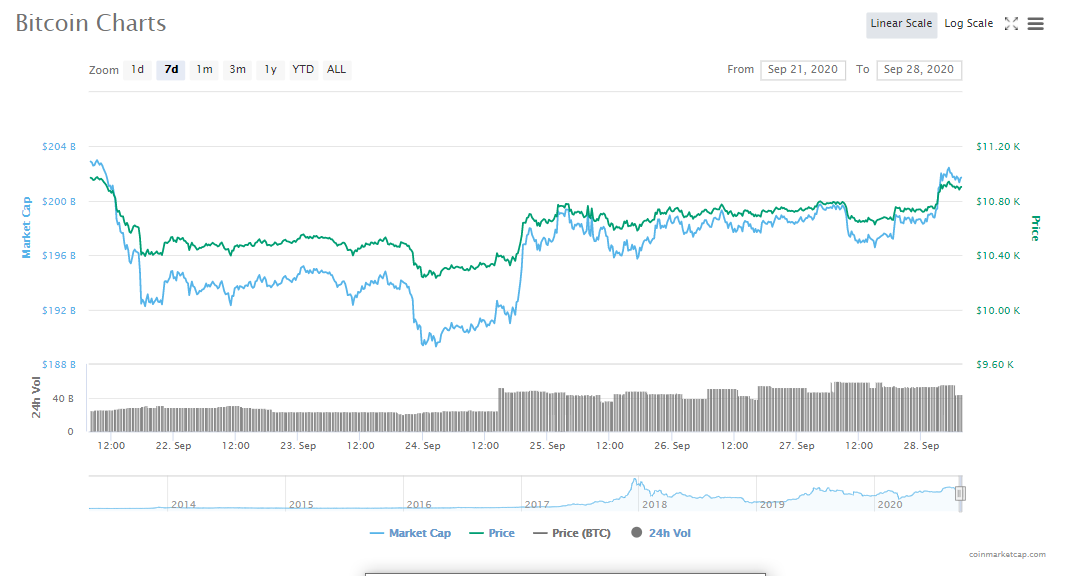 The main cryptocurrency has soared to $28,000 while its market cap reached $500,523 Billion surpassing Visa’s $460.06 Billion, according to Companiesmarketcap.com.

Ethereum is trading above $700 for the first time since 2018. The second-highest cryptocurrency by market cap (trading $700 at press time)  had made more than 11% gain overnight as it rallied right after Bitcoin.

Ripple’s XRP (trading $0.280268 at press time) has slipped from 3rd place in the global market to 4th losing half of its value in less than a week after the devastating news of SEC’s lawsuit.

Japan, Turkey to Launch its own CBDC

According to Time of Japan, the Japanese government is preparing to launch its own central bank digital currency (CBDC).

A CBDC is a digital currency that is issued on a blockchain by a central bank and usually represents the country’s own fiat currency. Unlike other digital coins, CBDC is centralized and regulated by the government.

Japan is not the only Asian country whose gearing up to launch a CBDC, as China is also pushing forward cryptocurrency adoption and already reached the testing phase of the Digital Yuan.

On the other part of the world, Turkey has also announced the country’s plans to pilot a previously undisclosed digital currency in 2021, per what a national website reported.

Naci Ağbal, chairman of the Central Bank of the Republic of Turkey (CBRT) said: "As the Central Bank, we want to contribute to the creation of a competitive payments ecosystem that can serve as a global model in payment systems, continuously improve its technology in line with the requirements of the day”.

Bitstamp, a crypto exchange based in Luxembourg, announced the halt of Ripples’ XRP for US-based users in response to the US Securities and Exchange Commission (SEC) lawsuit against Ripple.

In light of the SEC's recent filing alleging XRP is a security, we are going to halt XRP trading and deposits for all US customers on January 8, 2021. Other countries are not affected. Read more: https://t.co/RUGtkAjr08

XRP is the cryptocurrency that is issued and partly managed by Ripple.

SEC has charged Ripple with conducting unregistered securities offering worth of $1.3 Billion, filed an action against the real-time payment firm.

XRP’s price crashed as the panic of this horrible news caused a huge selloff turning the coin into a bearish scenario. More exchanges are expected to follow Bitstamp’s suit.

Markets Flashing Green, UN Venture Further into Blockchain
Disclaimer: The Cryptocurrency market is considered highly speculative, risky, and largely unregulated. Anyone mulling investing in it, should be aware there's a risk of losing their entire investment.
Tags:BitcoinRippleXRPBTCEthereumVisa