Published February 1st, 2021 - 07:15 GMT
The Shiba Inu-themed Dogecoin initially started as a joke but has had an interesting history of price pumps and flurries of trading activity. (Shutterstock)
Highlights
Here are the market highlights for the week.

Who would have thought that Wall Street can be controlled by a bunch of nerds! Well, if what Reddit users did to Wall Street didn't impress you much then you should check how they flipped the crypto coin world!

Enthusiastic Reddit traders announced that “It’s time for Doge” pushing the digital coin based on the popular “doge” meme named “Dogecoin” price up 236.34% hitting all-time highs and even entering the top 10 cryptocurrencies by market cap. Later on, the meme coin fell back to $0.04074 at press time. 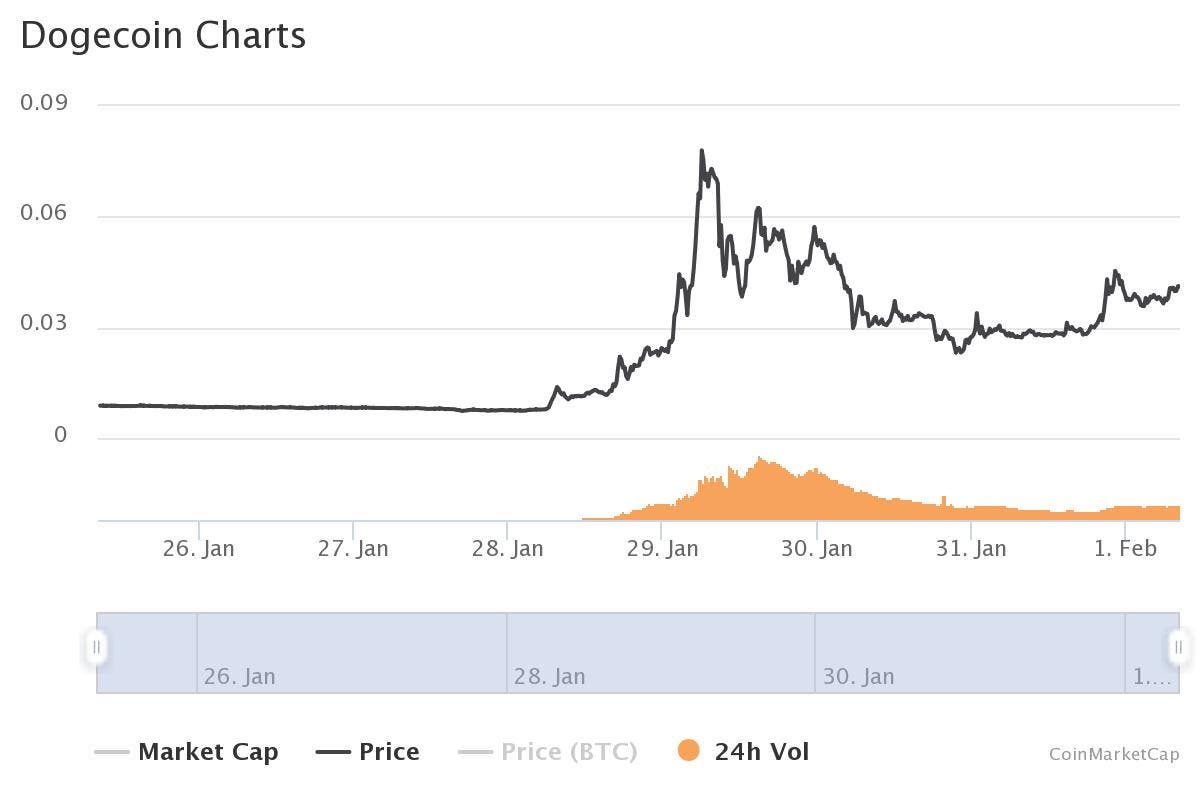 The Shiba Inu-themed Dogecoin, which was invented by software engineers Billy Markus and Jackson Palmer, initially started as a joke but has had an interesting history of price pumps and flurries of trading activity. Like last year, Dogecoin skyrocketed 20% as Elon Musk tweeted this meme:

As you might know our curios reader, this is not the first time Musk creates a fuzz in the crypto sphere as he pumped the flagship coin price (trading $33,866.26 at press time) 20% touching $38,901 by just adding Bitcoin to his Twitter account bio on Friday. Ki-Young Ju, CEO of blockchain analytics firm CryptoQuant, tweeted commenting on that:

Later on Saturday, the world’s first truly digitized currency plunged to $33,000 but has been ticking up since then. 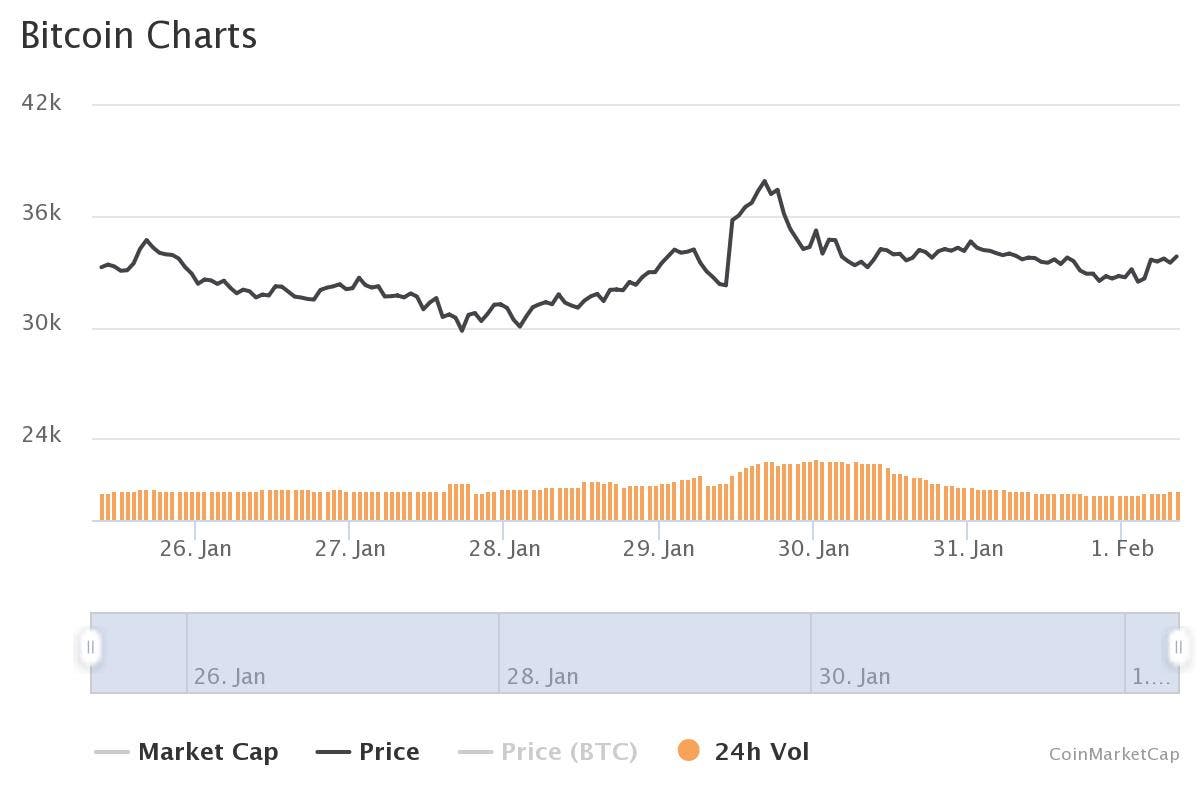 The fourth-largest cryptocurrency by market cap, XRP, has become the new fav selection for Riddetors as the coin gained 86% after Wall Street Bets started pumping it.

Trading App Robinhood Limits Cryptocurrency Trading Because of ‘Extraordinary Market Conditions’
Robinhood, crypto and stocks trading app, has restricted cryptocurrency trading turning off instant deposits due to what a statement emailed to CNBC describes as ‘extraordinary market conditions’. The mobile trading platform resorted to this solution following the ‘Dogecoin’ and Bitcoin frenzy that took over the crypto market. Cameron Winklevoss, Gemini co-founder tweeted:

It’s worth noting that Robinhood also restricted the trading of GameStop shares (NYSE: GME) ‘but it was not because we wanted to stop people from buying these stocks’, the platform said on a blog post after backlash claiming that it needs time to process all these orders with the clearinghouse.

Unlike its other Big Asian neighbors, the Indian government announced it might introduce a new bill that would ban trading cryptocurrencies rather than regulating it. The new legislation bill seeks “to prohibit all private cryptocurrencies in India. However, it would allow certain exceptions to promote the underlying technology of cryptocurrency and its uses,” The Indian Times reported.

The multinational credit card giant, Visa, reiterated its interest in cryptocurrencies saying that it’s currently working with wallets and exchanges to enable the process of crypto payments the same way it handles fiat money.

Discussing the company’s fiscal first-quarter 2021 earnings call, Visa CEO Al Kelly said that his company is aiming to make cryptocurrencies more safe, useful, and applicable for payments through their global payment network. Adding that there are ‘35 of the leading digital currency platforms and wallets have already chosen to issue Visa, including coin-based Crypto.com, BlackFi, Fold, and BitPanda’.