Published February 15th, 2021 - 08:00 GMT
A new report by Cointelegraph indicates that Bitcoin is already considered mainstream as institutions hold 3% of BTC’s circulating supply. (Rami Khouri/Albawaba)
Highlights
Here is a brief recap of all the major cryptocurrency news of the past week.

There’s no doubt that Bitcoin and other cryptocurrencies have sparked a lot of wonders in the investment community, warming many big companies' hearts like Tesla, Visa, Mastercards to exploring its technology.

Looks like the wait-and-see approach is no more an option in the crypto industry as everyone wants to take advantage of this new emerging technology. Everybody, from startups to high-profile investors and corporations agrees on one thing: They certainly don’t want to repeat the same mistake they did in the past which was overlooking this once-in-a-lifetime investment opportunity, waiting for it to go away, as it eventually will turn into a threat. 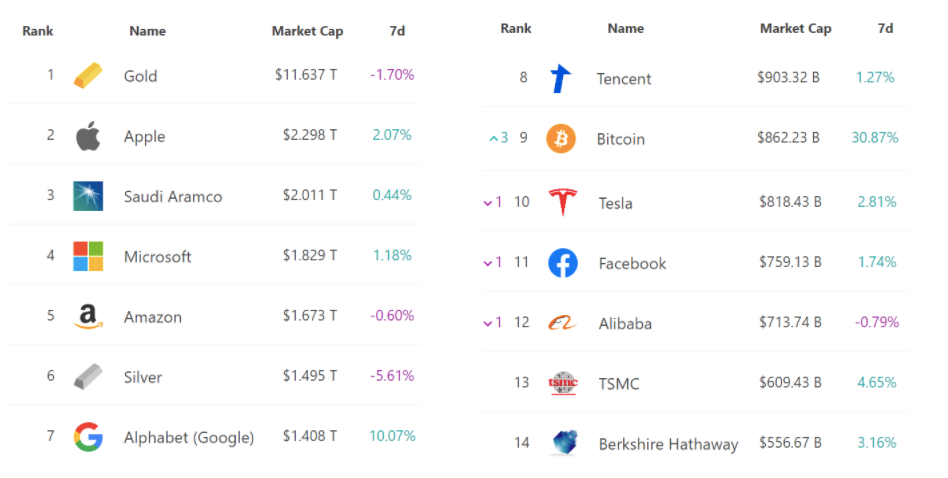 A new report by Cointelegraph indicates that Bitcoin is already considered mainstream as institutions hold 3% of BTC’s circulating supply.

The flagship coin (trading $46,788 at press time) has soared more than 60% since this year began as it leapfrogged in value back in 2020. The price continued its bull rally reaching a new all-time high above $49,000. Bitcoin enthusiasts are eyeing $50,000. 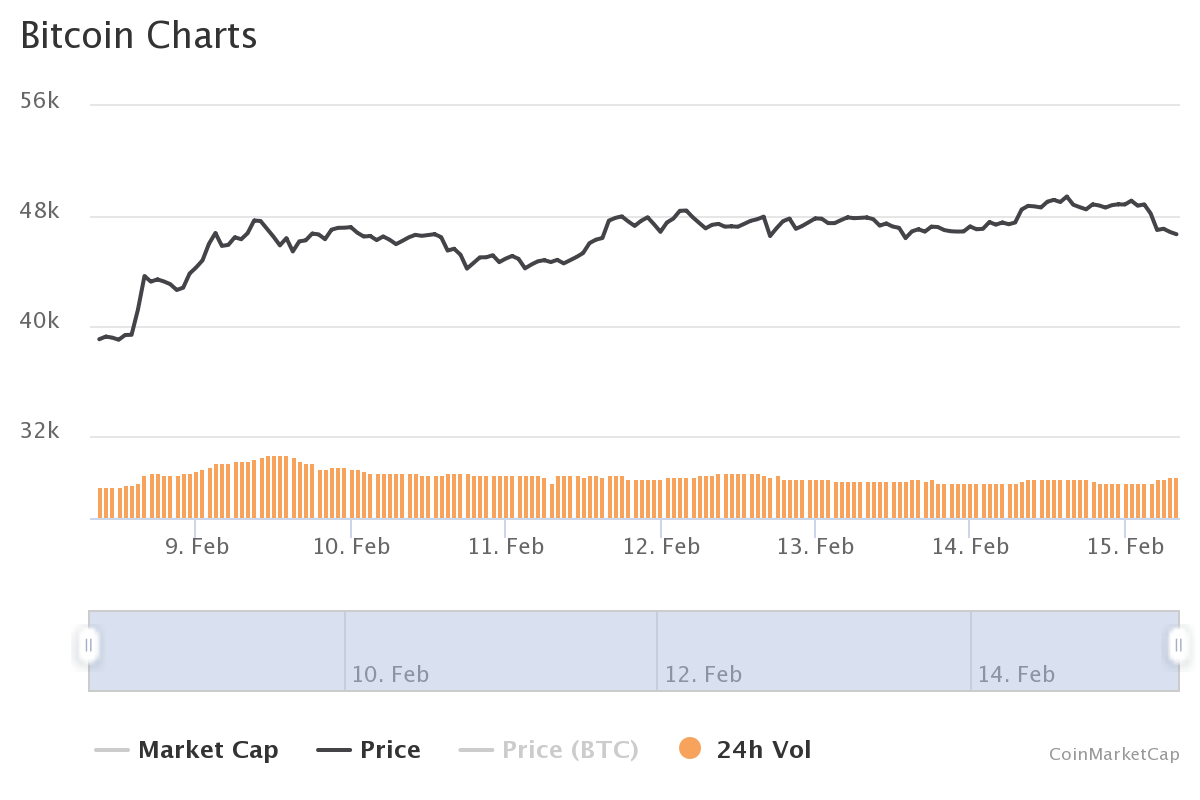 Altcoins charts are also in green in the last 7days as many of them are soaring to new all-time highs with all the positivity in the markets.

Ethereum (trading at $1,735 at press time) is up 6.11% as bulls are relentlessly trying to pump the world’s second-largest cryptocurrency by market cap above $1,800.

PayPal Unlikely to Invest in Cryptocurrencies

​In an interview on CNBC’s, PayPal CFO said that the online payments system company is currently not interested in venturing into the crypto market but they may pour cash into services that facilitate crypto payments.

Nonetheless, PayPal does embrace cryptocurrency adoption as it has driven the markets mooning into a frenzy when it announced back in October support of digital coins on its famous platform.

The Bank of New York Mellon, aka BNY Mellon, has announced its intention to offer Bitcoin and other cryptocurrencies services to its clients.

Roman Regelman, CEO of Asset Servicing and Head of Digital at BNY Mellon said in the press release: "Growing client demand for digital assets, the maturity of advanced solutions, and improving regulatory clarity present a tremendous opportunity for us to extend our current service offerings to this emerging field”.

I'm thrilled to announce that Coin Center has received donations to claim the amazing $1 million match from @Grayscale in full.

We’ve been stunned by the outpouring of support from the community. Thank you @Sonnenshein and team! 🙏

But there's one more thing…

This generous donation will help the non-profit organization focus more on addressing the US decision-makers’ issues that hurdle full regulation and adoption of cryptocurrencies.

After announcing that he’s setting up and running his own bitcoin node to support the flagship coin, Dorsey also teamed up with Rap artist Jay-Z to make Bitcoin the currency of the internet with 500 BTC.

JAY-Z/@S_C_ and I are giving 500 BTC to a new endowment named ₿trust to fund #Bitcoin development, initially focused on teams in Africa & India. It‘ll be set up as a blind irrevocable trust, taking zero direction from us. We need 3 board members to start: https://t.co/L4mRBryMJe

Crypto Payments via Mastercard is Coming This Year

Brace yourselves dear readers and buckle up for the ride! Mastercard has accelerated its crypto adoption to the max as it announced the integration of crypto payment directly on its network this year.

Earlier last year, the payments giant announced a cryptocurrency program, in partnership with Wirex, which aims at helping fintech brands and start-ups access all the funding they need to grow quickly. While this program only included payment, not settlement; which means that the digital coins paid by customers are converted to fiat currency before reaching the merchants, this new integration will allow customers to settle all their payments without the need for fiat at all the merchants also have crypto wallets.

However, Mastercard didn’t yet say which digital currencies will be supported via its network.

Happy Lunar Year: China to Hand out $1.5 million worth of its CBDC

According to a governmental news outlet, China has decided to hand out $1.5 million of its Digital Yuan to citizens in a bid to pilot the CBDC as well as promote it to the public.

The recipients of the Digital Yuan can spend it at the designated merchants' places of Wangfujing and the "Digital Wangfujing Ice and Snow Shopping Festival" activity area of ​​JD.com without any threshold, the announcement reads.

Did the Pandemic Widen the Gender Equality Gap?