Published February 8th, 2021 - 07:30 GMT
BTC is getting boosted by both the retail and institutional worlds who had a refreshing break, and striking back in full strength. (Shutterstock)
Highlights
Here are the market highlights for the week.

It's been another good week in the wild crypto world as Bitcoin has seen some positive bullish action. The flagship coin leapfrogged back to $40,000 regaining all late January losses. From an analytical perspective, it looks like BTC is getting boosted by both the retail and institutional worlds who had a refreshing break, and striking back in full strength. 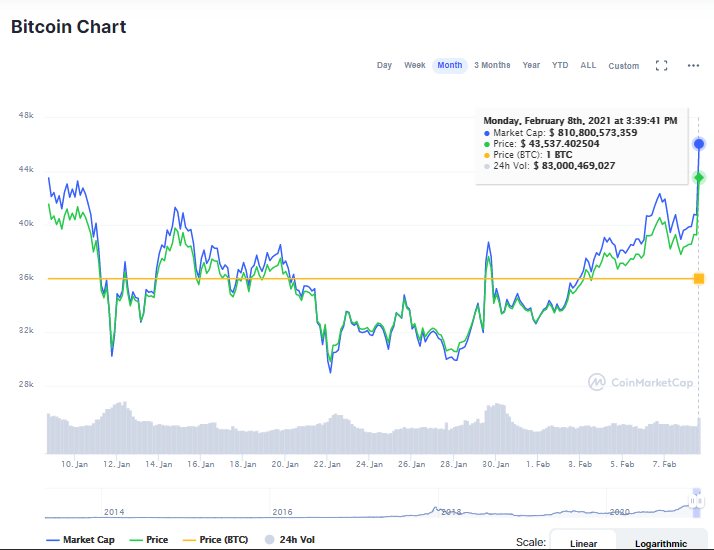 Altcoins charts are also in green as fresh interest from institutional investors is pouring money into the markets. The godfather of crypto trends, Elon Musk, is leading the war on Wall Street bets as he tweeted his full support to the meme-based cryptocurrency Dogecoin (DOGE).

Right after his tweet, the Shiba Inu-themed Dogecoin pumped 76.55%.

Also, The hashtag #ThanksElon has been trending in the US.

Yet, enthusiastic Reddit traders have given up on Ripple's XRP as it drastically fell 24.76% in a week.

The American electric vehicle and clean energy company, Tesla (NASDAQ:TSLA), has just announced in a SEC filing the investment of $1.5 billion in Bitcoin.

The company owned by the tech billionaire and crypto advocate, Elon Musk, also said that it's planning to accept cryptocurrencies as a way to buy its cars.

As soon as the news broke, the flagship coin price skyrocketed to all time high reaching $42,000 at the time of writing.
Total Crypto Market Cap Reaches New all-time high Record

The total cryptocurrency market capitalization has soared to a new record of $1.18 trillion.

The combined value of all the cryptocurrencies has broken the $1 trillion milestones on 11th Jan 2021.

Visa Teams up with a Neobank on Crypto API Pilot

The multinational credit card giant, Visa announced a new partnership with First Boulevard, a neobank that focuses on financial empowerment in the Black community, to pilot a crypto application. Looks like Visa is becoming increasingly bullish on cryptocurrencies as the company is actively exploring the technology. Jack Forestell, chief product officer at Visa commented:

“We set out to make Visa the bridge between digital currencies and our global network of 70 million merchants and today we are the leading network for crypto wallets with 35 crypto platforms choosing to issue with Visa”. The new app, which is expected to be rolled out later this year, will enable Visa’s customers to buy, custody and trade digital assets held by Anchorage, a federally chartered digital asset bank.

Google Trends, a barometer used to gauge general interest in trending topics, indicates that there is increasing interest in Bitcoin as more people are googling “buy crypto”.

Relative search interest for the term "Buy Crypto" is at all-time high on Google Trends 👀 pic.twitter.com/4cFIkI0xbp

This suggests FOMO (Fear of Missing Out), which strongly says that people are more bullish and interested in purchasing than selling. 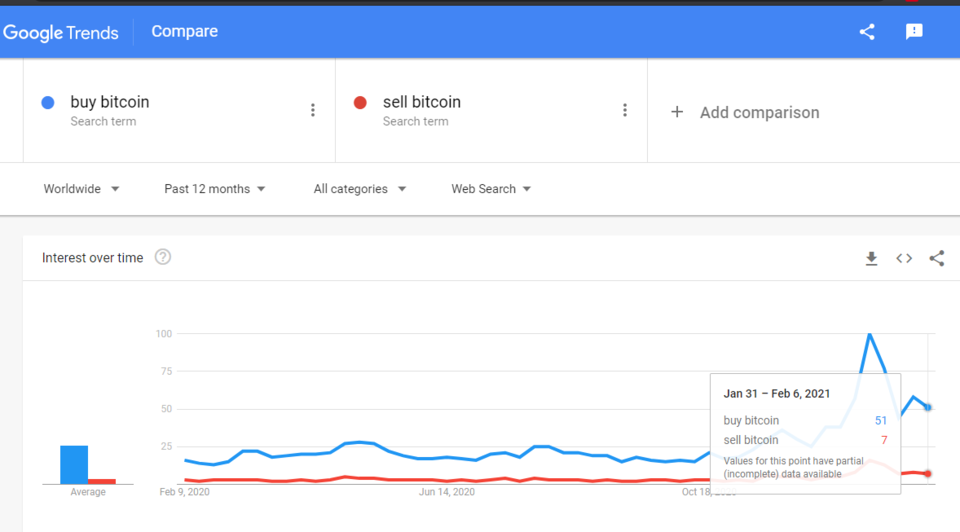 Estonia is no longer the crypto heaven!

Estonia that was once considered the heaven of the crypto and blockchain world, has cracked down on all crypto firms operating in the country.

Earlier last December, Estonian authorities decided to revoke almost a third of the licenses given to crypto companies. And now, Estonia is drafting a new law that tightens the licensing of cryptocurrencies, according to ERR News. This sudden change of heart without any further details or explanation has triggered a wave of distress among investors as Estonia was the first country to legalize cryptocurrency firms' operation right from the start and even was among the first countries to suggest creating a national digital currency.

Twitter’s Jack Dorsey is now Running his Own Bitcoin Node

Twitter CEO and multi-tech billionaire Jack Dorsey announced that he’s setting up and running his own bitcoin node to support the flagship coin as he tweeted a screenshot of his node synchronizing with the bitcoin’s Blockchain:

Dorsey has been one of the most loyal crypto enthusiasts and early adopters of bitcoin and has tweeted his support several times before.

Bitcoin nodes are computers that host another irreversible non-changeable copy of the transaction records of the blockchain. According to Bitnodes, there are 9639 bitcoin nodes in operation at the time of writing. 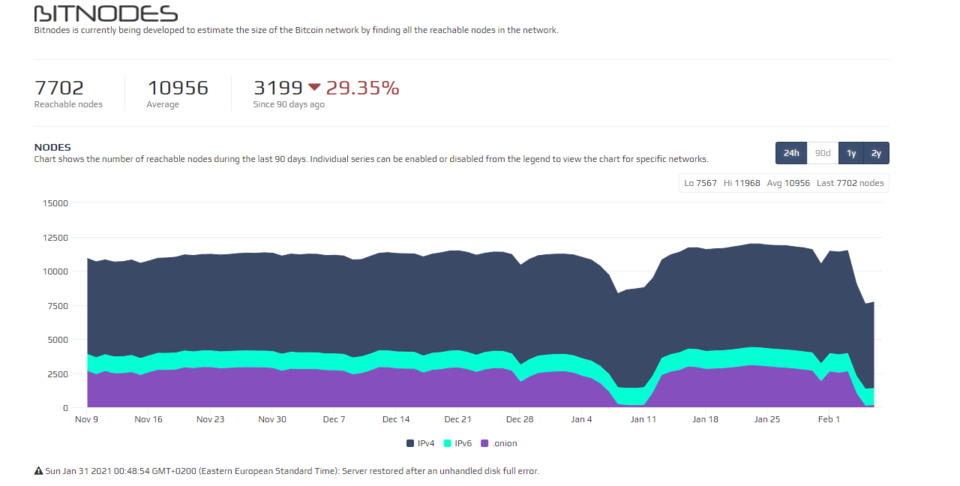 BTC Correction Might Not be over Yet, Nvidia Mulls Making Mining GPUs Again

Disclaimer: The Cryptocurrency market is considered highly speculative, risky, and largely unregulated. Anyone mulling investing in it should be aware there's a risk of losing their entire investment.