Published September 8th, 2021 - 10:00 GMT
El Salvador's adoption didn't go as smoothly as President Nayib Bukele predicted. The rollout encountered some unfortunate tech issues with the digital wallet, dubbed as Chivowallet, that was fixed later on. (Shutterstock)
Highlights
Bukele announced that his government bought another 150 BTC as the value of bitcoin plummeted 13 percent.

El Salvador has entered history yesterday by becoming the first-ever country to make bitcoin a legal currency. However, this nationwide auspicious adoption was far from being problem-free as the gov't grappled with some issues. El Salvador Faces Issues on the First Day of Adoption

El Salvador's adoption didn't go as smoothly as President Nayib Bukele predicted. The rollout encountered some unfortunate tech issues with the digital wallet, dubbed as Chivowallet, that was fixed later on.

The first issue was the fact that Apple, Samsung, and Huawei didn't release the government-backed wallet app on time and the wallet servers got disconnected. The Social media active president addressed the Salvadorians explaining the tech issue and asking them to report any other problems they have faced in the installation process.

Translates as: In the meantime, you can help us by telling us about the problems you had, filling out this form:http://consulta.chivowallet.com. This will help us solve your specific problem and improve everyone's experience. The site will remain open for future technical assistance.

Aside from the technical issues, El Salvador faced other kinds of problems as a small anti-bitcoin law protest broke out in the country. 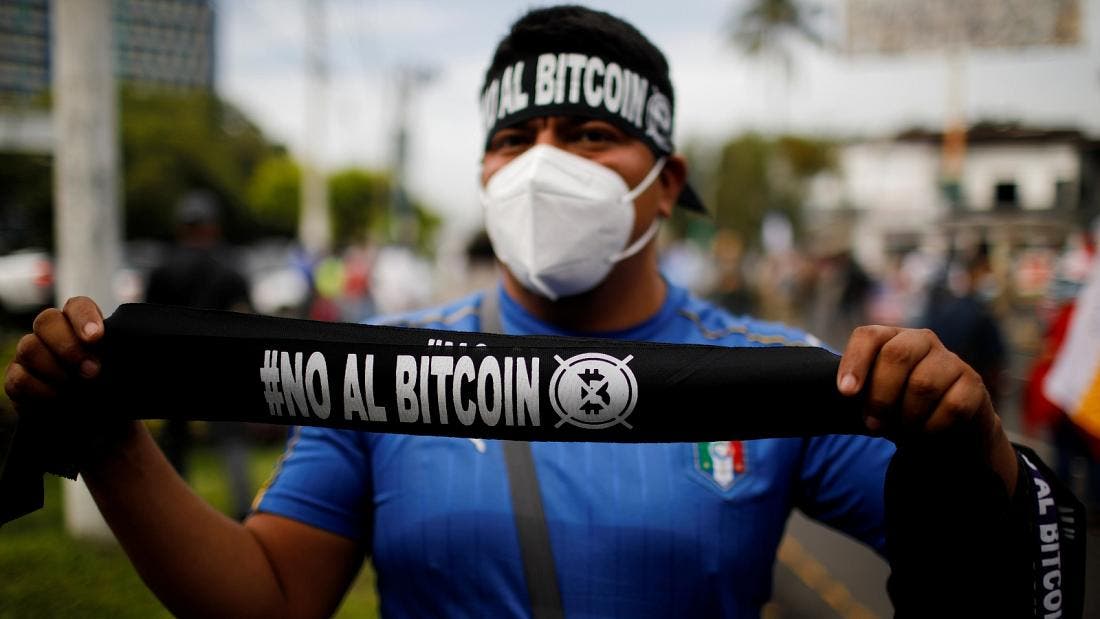 A man sells bandanas that reads "No to Bitcoin" in a war veterans protest to ask for better pensions and against the use of Bitcoin as legal tender in San Salvador, El Salvador   -   Source:  Jose Cabezas/Reuters

It's worth mentioning that not only hundreds of Salvadorians opposed bitcoin adoption as international bodies like The World Banks and The International Monetary Fund (IMF) have also voiced out their worries of recognizing the truly digital currency.

Buying the dip like every experienced trader would do, Bukele announced that his government bought another 150 BTC as the value of bitcoin plummeted 13 percent.

McDonald’s, the American fast-food empire that operates in every country is now  accepting bitcoin payments through Lightning Network

Just walked into a McDonald's in San Salvador to see if I could pay for my breakfast with bitcoin, tbh fully expecting to be told no.

But low and behold, they printed a ticket with QR that took me to a webpage with Lightning invoice, and now I'm enjoying my desayuno traditional! pic.twitter.com/NYCkMNbv7U Many other retailers in the Latin American county are even offering price discounts for users who pay via Chivowallet!

Tell us in the comments what do you think of El Salvador's adoption of bitcoin!