Published May 9th, 2021 - 04:00 GMT
Some 700 million doses will be needed as boosters and to vaccinate children and young people in 2022 and 2023, under the European Commission's calculations. (Shutterstock)
Highlights
The EU is preparing for its future needs for booster shots, dealing with "possible escape variants" and for the vaccination of children and adolescents, von der Leyen said.

The European Commission has struck a deal with Covid-19 vaccine producer BioNTech/Pfizer to buy up to 1.8 billion additional doses for the next few years, President Ursula von der Leyen announced on Saturday. 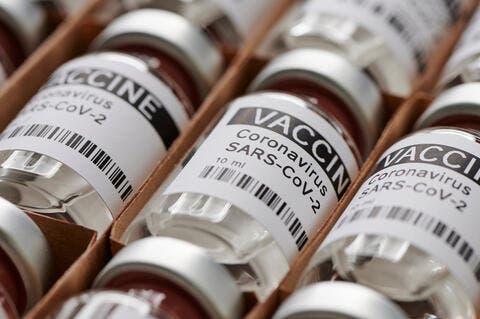 The deal, covering 2021-23, also allows EU states to buy a further 900 million doses, according to the top EU official. "Other contracts and other vaccine technologies will follow," she wrote.

The EU is preparing for its future needs for booster shots, dealing with "possible escape variants" and for the vaccination of children and adolescents, von der Leyen said.

Some 700 million doses will be needed as boosters and to vaccinate children and young people in 2022 and 2023, under the European Commission's calculations.

However, if a new variant emerges that the vaccine cannot address, 640 million doses would be needed to protect 70 per cent of the EU population.

The finished deal with the joint German-US pharmaceutical venture is worth up to 35 billion euros (43 billion dollars) and will lead to further investment in Germany and Belgium, dpa understands.

The commission remains tight-lipped about the prices it pays its various suppliers per dose, but Bulgarian Prime Minister Boyko Borisov said earlier this month that the cost of each shot in the new deal was around 19.50 euros, higher than in previous contracts. EU sources confirmed that the cost of each dose was under 20 euros.

Two shots are needed for vaccination.

The European Commission confirmed that the price would be higher than under its earlier contract. The EU had previously paid 15.50 euros per dose, according to Borisov.

The messenger ribonucleic acid (mRNA) vaccine was the first to be authorized for use in the bloc, and has not been linked so far with a potential blood clotting risk unlike the jabs made by AstraZeneca and Johnson & Johnson. These two are prepared differently, using so-called adenoviruses.

One advantage of new mRNA technology is that vaccines can also be adapted relatively quickly to virus mutations, which will likely be important for booster vaccinations.

The downside is that the drug has to be stored at extremely cold temperatures and that it is more expensive than those made by AstraZeneca and Johnson & Johnson.

The EU executive had announced on April 14 that negotiations on the contract were under way, with von der Leyen saying the European Union needed to concentrate on technologies that had proven their worth.

The negotiations took longer than was initially expected, with France reportedly having reservations. The deal was agreed on Friday, with a five-day interval before it is finalized.

Von der Leyen also confirmed that the latest agreement includes clauses allowing for the possible sale or donation of some of the doses, in order to help EU neighbour states. 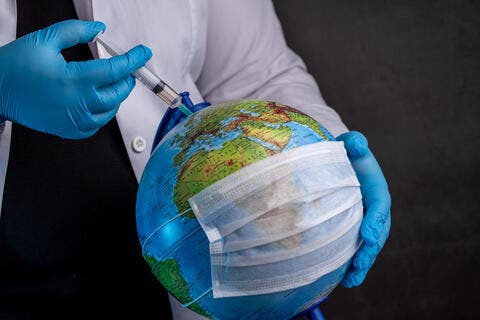 The commission chief also said previously that as part of the agreement with the drugmakers, manufacturing would be entirely in the EU, not just for the vaccine but also for all its ingredients.

Until now, the supply chains for raw materials have spanned the globe, with manufacturers sometimes facing issues obtaining ingredients.

German Chancellor Angela Merkel welcomed the deal, saying it would cover the booster shots needed as well as addressing any variants that emerge.