This morning, Spanish authorities announced the death of well-known software programmer and businessman John McAfee after an "apparent suicide." 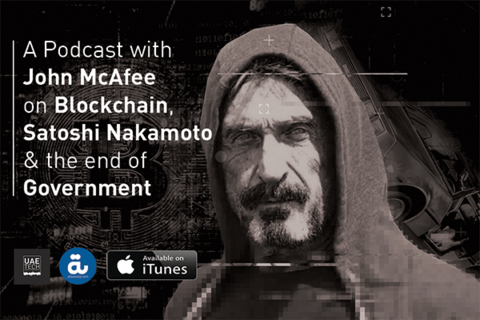 John McAfee, the security software pioneer who tried to embrace life as an outsider while running from legal troubles, including possible murder, was found dead in a Spanish jail cell. https://t.co/85J8CdISbY

News of McAfee's death has triggered so much interest in the businessman's life and professional career, especially as suspicion has surrounded his death despite the Spanish authorities' clarification that the 75-years old McAfee had died as a result of hanging himself in his prison cell. McAfee has been in detention in Spain since October 2020, for charges related to tax evasion in the US.

John McAfee did not Epstein himself. pic.twitter.com/ehNvE4xJkY

While McAfee's death came shortly after a decision by the Spanish court to extradite him to the US, social media users have been tweeting possible scenarios that might have led to his sudden death, assuming that it was not an actual suicide, remembering the Jeffrey Epstein incident in July 2019.

In this article, however, we will explore some of the most surprising and less known facts about the late businessman's life.

1. He is a British and American national

Born to an American father and a British mother on a US army base in Britain, McAfee had repeatedly stated that he felt equal association to both countries.

Being an "abusive alcoholic," McAfee's father shot himself in 1960, ending his life when his son was only 15.

3. Grew up in Salem, Virginia where he graduated college

Attending Roanoke College in the same town he grew up in, McAfee graduated with a BA in mathematics in 1967.

4. His first professional position was at NASA

In 1968, John took his first role working for the Apollo program at NASA's Institute for Space Studies in New York City.

After working for several software companies, McAfee founded his own antivirus software in 1987, which was the first in the market. He sold his full stakes in the company in 1994.

After the success McAfee achieved, John invested and helped found a number of other software-focused companies, such as Tribal Voice, PowWow, Zone Labs, and Check Point Software.

His fortune peaked shortly before the financial crisis that hit the world in 2008, reaching around $100 million. However, it took the hit in 2008 and dipped to $4 million.

Accusing the current McAfee versions of being "bloatware," slowing devices instead of protecting them from viruses.

9. He ran for presidential elections in the US twice

Being a member of the Libertarian political party, John McAfee tried to run for the White House in 2016 and 2020, but both bids failed before polling days.

10. His interests in recent years were quite controversial

Ranging from cryptocurrencies he supported to the recreational use of drugs he was in favor of, McAfee's views often stirred public conversations.

The death of his former neighbor, the US-national Gregory Viant Faull, during the time McAfee lived in Belize had caused Faull's daughter to accuse John McAfee of paying $5000 to the person who killed her father. He fled Belize to Guatemala to avoid the lawsuit.

12. Faked having two heart attacks in Guatemala so he could avoid deportation to Belize

Escaping prosecution in the Gregory Faull case in 2012, McAfee was found in Guatemala and was arrested in a detention center so he could be deported back to Belize. However, he later told the press that he had faked having a heart attack twice so he could help his attorney get enough time to enable him to avoid being handed over to Belizean authorities.

His efforts were successful and he was able to return to the US afterward.

13. Strongly denied allegations of tax evasion and warned that he will never be an "Epstein"

In reference to the famous incident of former businessman Jeffry Epstein's death in his NYC prison cell in July 2019 by an apparent suicide (ironically in a very similar way to how McAfee has also died yesterday), John McAfee tweeted in October 2020 that "he will never be responsible for his death if it ends up like that of Epstein's."

McAfee had strongly linked attempts to arrest and prosecute him to his political activities. 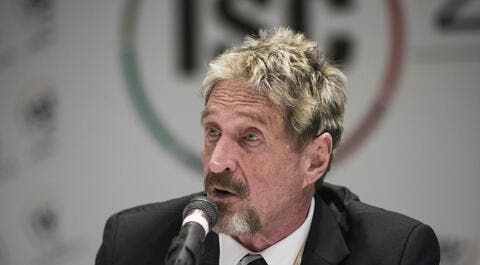 I've collected files on corruption in governments. For the first time, I'm naming names and specifics. I'll begin with a corrupt CIA agent and two Bahamian officials. Coming today. If I'm arrested or disappear, 31+ terrabytes of incriminating data will be released to the press.

In 2019, John McAfee had claimed that he has a collection of files that highlight "corruption in governments," saying that he will start sharing by publishing ones showing corruption in the CIA.

Which of these facts was the most surprising to you?