Gulf Air, Bahrain’s national carrier, begins the summer season with 80% of its pre-pandemic destinations as it continues to resume operations and restore services to cities of its original 2019 destination network. 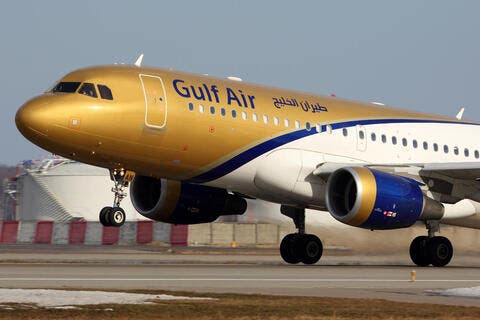 The airline has also announced that it has successfully launched all of its seasonal destinations for the summer of 2021 with direct flights to Mykonos and Santorini in Greece, Malaga in Spain and Alexandria and Sharm El Sheikh in Egypt as well as recently resuming Tbilisi in Georgia.

“We at Gulf Air are very excited and proud to restore 80% of our 2019 destinations network amidst the restrictions and continuous updates from each and every destination we fly to,” Gulf Air’s Acting Chief Executive Officer Captain Waleed AlAlawi said.

“The national carrier of the Kingdom of Bahrain never stopped flying during the peak of the pandemic making it one of the most experienced and safest airlines to fly during these times and today we are growing closer to our full network. We are working on frequencies and connectivity to offer more choices and more convenience to our passengers and we are confident that the months ahead will feature more milestones and success stories to tell.”

Recently, Gulf Air has announced the launch of point-to-point flights beyond its Bahrain International Airport hub allowing the airline to expand its operations to new destinations as well as extending passenger services to new markets.

In May, the airline announced that all its flights would be operated by 100% vaccinated crew including pilots and flight attendants.

The airline has started its internal vaccination campaign for its operating crew and front-line staff since December 2020 and is proud to be one of the first airlines in the world to able to provide peace of mind to all passengers flying to any destination of its growing network.

Gulf Air has also announced offering complimentary COVID-19 travel insurance coverage to all ticket holders including health and quarantine expenses in the unexpected circumstances of being diagnosed with or contracting COVID-19 during passengers’ journeys. All tickets booked, including redemption tickets, on Gulf Air flights for travel starting from May 10 until November 10, 2021 are automatically covered with COVID-19 insurance at no extra cost.

All passengers, according to the newly announced insurance policy and in the unfortunate event of being diagnosed with COVID-19 while traveling abroad, will be covered for repatriation assistance, medical and hospitals costs abroad as well as quarantine accommodation costs.