His Excellency Mohammed Ibrahim Al Shaibani, Director-General of His Highness The Ruler’s Court of Dubai and Chairman of Dubai Islamic Bank, said:

The bank’s total income reached nearly AED 9.9 billion for the nine months of 2020 whilst net operating revenue grew to AED 6.9 billion supported by core business growth as well as robust fees & commissions and FX income of AED 1.32 billion, an increase of 19% YoY. 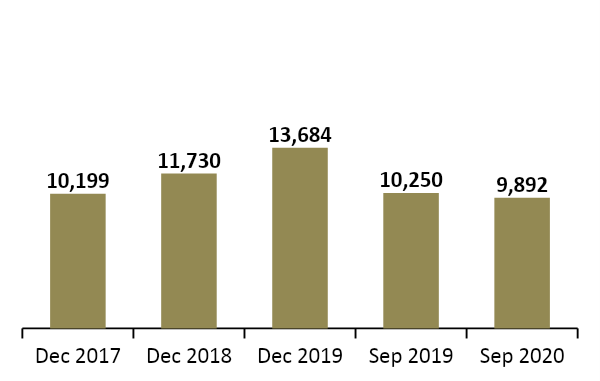 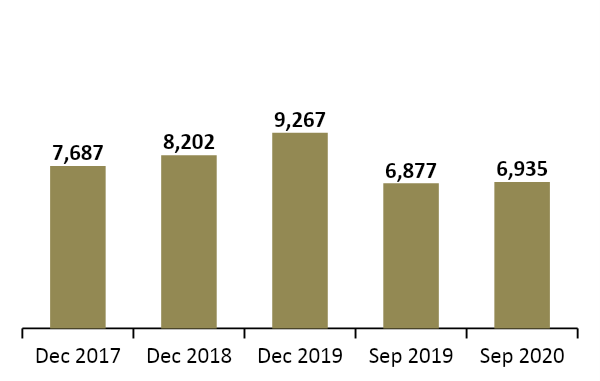 Operating expenses reached AED 2,134 million in the first nine months of 2020 against AED 1,771 million during the same period last year. The rise in costs primarily stems from consolidation impact of Noor Bank as well as integration expenses in 1Q 2020. Cost to income ratio stood at 29.4% as of Q3 2020, and is expected to steadily improve as synergies materialize.

The net profits of the bank during the nine months of 2020 reached to AED 3,124 million. Despite the challenges in the global economy, the bank continues to demonstrate franchise strength and remain profitable during the on-going global crisis. The near completion of the Noor integration exercise is expected to bring further positive contributions towards the bank’s overall profitability.

The net financing & Sukuk investments grew to AED 234.5 billion during the nine months of 2020 from AED 184.2 billion at the end of 2019, a robust rise of 27%. Nearly AED 42 billion were deployed in gross new financing growth driven by the realignment of strategy focusing on lower risk sectors, particularly sovereigns, and includes gross new consumer financing amounting to AED 9.5 bn to date.

Non-performing financing (NPF) ratio and impaired financing ratio stood at 4.8% and 4.6% respectively. Cash coverage and overall coverage ratio, including collateral at discounted value stood at 81% and 114% respectively.  Normalized cost of risk for the period was 99 bps (excluding one-off charges). 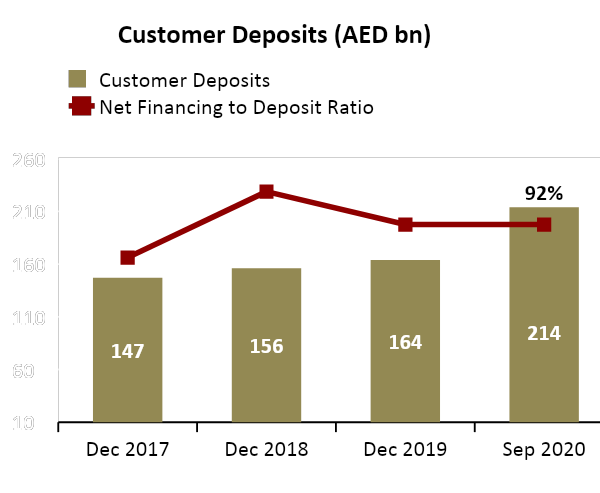 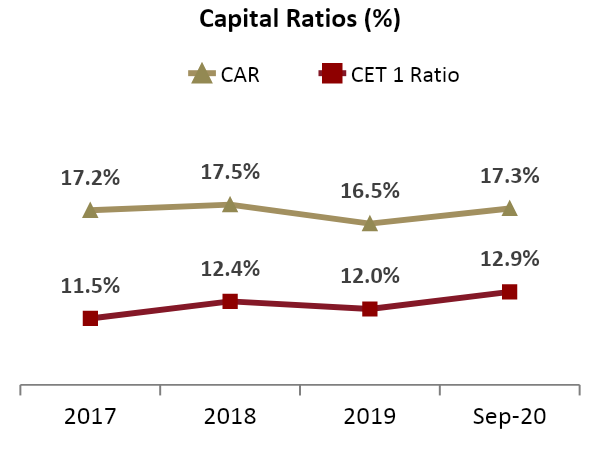 Capital adequacy and CET 1 ratios improved to 17.3% (+80 bps YTD) and 12.9% (+90 bps YTD) respectively. Despite strong growth during the year, capital levels remain intact and well above the minimum regulatory requirement.

Since its formation in 1975 as the world’s first full-service Islamic bank, Dubai Islamic Bank has established itself as the undisputed leader in its field, setting the standards for others to follow as the trend towards Islamic banking gathers momentum in the Arab world and internationally.

Miley Cyrus Says Her Marriage From Liam Had Too Much Conflict

UK Becomes First in the World to Approve Pfizer/BioNTech Vaccine