Published June 27th, 2021 - 10:30 GMT
The construction part of the project, currently under finalization, will be performed by Jingoli Power and will be added to the overall contract value, while Prysmian will be responsible for the full turnkey contract. (Shutterstock)

Prysmian Group, a global leader in the energy and telecom cable system industry, has secured a $900 million contract for SOO Green HVDC Link Project, considered the first link in a national clean energy grid, that will connect two of the largest energy markets in the US. 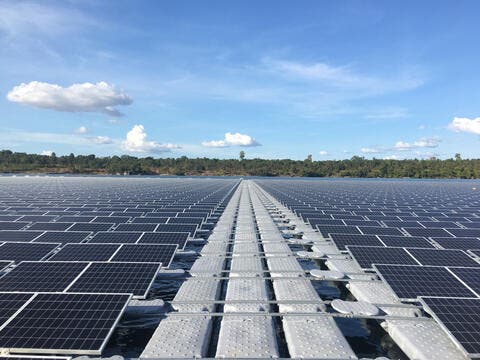 By linking the Midwest Independent System Operator (MISO) serving the central US, to the eastern PJM Interconnection, SOO Green will deliver abundant, low-cost renewable energy to population centers from Chicago to the mid-Atlantic region.

Prysmian said it has emerged as the preferred supplier of high-voltage direct current cable systems for this first-of-its-kind transmission project to be installed underground along existing railroad rights of way.

As per the deal, Prysmian Group will provide state-of-the-art ±525 kV class HVDC cable to reliably

and efficiently transmit enough renewable energy to power more than 1.2 million homes. Award is subject to the finalization of contract, it added.

The construction part of the project, currently under finalization, will be performed by Jingoli Power and will be added to the overall contract value, while Prysmian will be responsible for the full turnkey contract.

According to Prysmian, the cable production for the project is expected to start in 2023.

“As can be seen recently in Texas and California, the US must invest in its transmission infrastructure and SOO Green’s underground rail co-location model is a game-changer that can be replicated nationwide to build a clean energy grid,” said Direct Connect CEO Trey Ward.

“Our partnership with Prysmian provides us with best-in-class cable to build a highly reliable and climate resilient transmission line to supply US households and business with affordable renewable energy for decades to come and bring manufacturing back to the US.”

With sales of over €10 billion, 28,000 employees in over 50 countries and 104 plants, following the integration of US cable manufacturer General Cable, Prysmian Group relies on a wide US presence with 23 plants, around $3 billion in sales, and around 6,000 employees.