UK: 16 Percent of Citizens Financially Better Off in Lockdown

Published June 3rd, 2020 - 10:30 GMT
Nearly four in five families say they have more money to spend since lockdown. (Shutterstock)
Highlights
Almost half are spending less since social-distancing was introduced

Thousands of us have picked up a surprise savings habit in lockdown, a Money Mail survey reveals today.

The coronavirus crisis has inflicted job losses and pay cuts - and still threatens to kill off many struggling businesses.

But despite the doom and gloom, many readers have found they are saving hundreds of pounds thanks to lockdown, and becoming more financially secure as a result.

Large expenses such as holidays, commuting costs and entertainment have vanished following unprecedented social-distancing restrictions - giving households the chance to set aside money during an economically uncertain time.

Exclusive research for Money Mail by Consumer Intelligence today suggests 16 per cent of people now feel financially better off. Almost half are spending less since social-distancing restrictions were introduced, with 38 per cent saving more.

Nearly four in five families say they have more money to spend since lockdown, with a quarter having between £200 and £500 more in disposable income each month.

The findings come as figures from the Bank of England yesterday showed the nation saved £16.2 billion in April. In the six months to February households saved an average of £5 billion every month.

'While some are really struggling on reduced incomes, there's another group whose experience has been almost the exact opposite.

'If you are in a position to do so, there might never be a better time to 'build back better' and save.' 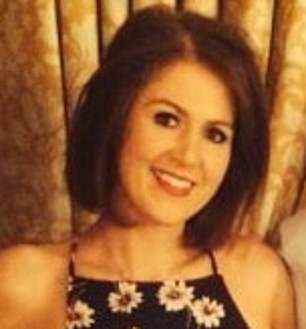 Olivia McCulla, who works in PR, has saved by moving back in with her parents

By moving back in with her parents, Olivia McCulla, who works in PR, has saved enough to pay off her £1,000 credit card debt.

She still pays £775 a month in rent for her flat in North-West London but gets £100 back that would usually go on bills because she isn't there.

Her £120-a-month travel costs and £150-a-week work lunch habit have also disappeared while she works from her parents' home near Leeds.

She has also saved thousands after the two hen-dos and four weddings she was supposed to attend this summer were postponed.

However, she now has eight weddings in the diary next year to budget for.

Olivia, 29, who wants to buy a property in the next few years, has opened a new savings account.

She says: 'It feels more important than ever to have a rainy-day fund with things being so uncertain.

'In London I was paying £9.50 for a gin and tonic and through the nose for a very small flat I dread going back to.

'Lockdown has made me question if I even want to buy in London.'

Before the coronavirus crisis, Olivia was saving about £100 a month.

Her father Bernard, 65, and his wife Susan, 66, have seen their household costs rise slightly since their daughter moved home but are also saving money each month.

They previously spent £100 eating out each week, so their bank balance is boosted by £400 a month. And instead of paying a tradesman £2,000 to replace his patio with a flower garden, Bernard did it himself and slashed the cost in half.

Before social-distancing regulations were relaxed, Bernard was also saving £180 a month on his golf and walking-football memberships.

He says: 'We are very fortunate. Lockdown has made me think we should live more for today and enjoy our pensions more.'

I feel guilty I'm better off 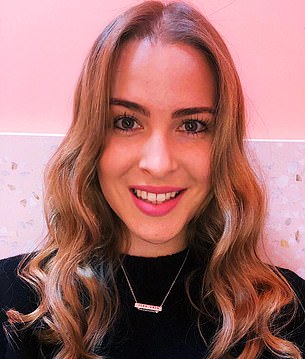 Ashleigh Meale says her 'stripped-back life' means she is now saving between £500 and £700 a month.

This is despite her grocery bill doubling to £400 a month and signing up to a TV and film- streaming service costing £60 a year.

Before lockdown, the 27-year-old recruitment consultant, who is currently working from home, was putting away between £250 and £500 but would spend hundreds of pounds a month socialising with friends at expensive bars and restaurants.

Now, she and her boyfriend Rob, 38, cook their meals from scratch at home.

Ashleigh, who lives in Sheffield, is also saving £70 a month by working from home and not having to pay to commute by bus.

She has also been unable to spend money on holidays since the Government warned against non-essential travel.

Ashleigh admits that, while she is not a natural saver, she has now realised how much she spends unnecessarily and hopes to remain mindful about what expenses she reintroduces when restrictions are finally lifted.

She says: 'Feeling better off financially during this time is a strange position to be in and it does make me feel guilty when so many people are struggling. But it has given me time to re-evaluate things, and I have no intention of blowing what I've saved.

'I don't need to be out all the time spending money on eating out and drinks when I could be just as happy with a barbecue in someone's garden. What I have missed the most is my friends — not the expensive socialising.' 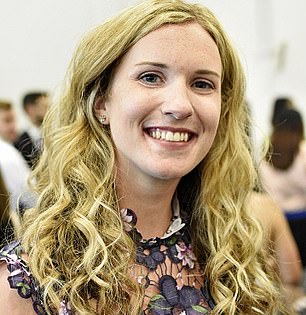 Sally Walsh was worried when she was told she would have to take a 10 per cent pay cut in March.

But despite the shock announcement, the 24-year-old engineer has found her finances have improved during lockdown.

Since working from home, Sally has saved around £200 a month by not having to commute to central London, and a further £200 by not eating or drinking out after work.

The only bill to go up is her food cost now she cooks almost every meal at home.

Sally, who has lived with her parents in Bromley, South-East London since graduating, is determined to continue saving even after lockdown lifts.

She says: 'My goal is to move out as soon as possible. I feel like I am closer to it now.

'I don't have to spend so much on going out. I hope I will soon be able to have people over and cook for them.'

Our childcare has been cut by thousands 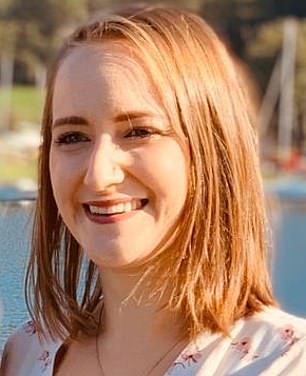 Claire Jarrett and her partner Jon Howell have saved enough since lockdown to pay for renovations on their home.

The couple need to fix the roof on their house in West Malling, Kent, and want to make the garden more child-friendly for their one-year-old daughter, Eleanor, to play.

Claire, 31, had only been back at work for two days after returning from maternity leave before staff were told they had to work from home.

With Jon, also 31, working from home too, they are saving £50 a day in train fares alone by not having to commute to the insurance firm where they both work in Bromley, South-East London.

But their biggest saving has been on childcare.

It usually costs £800 a month to send Eleanor to nursery — but the couple have not had to pay since March.

It has helped the couple to replenish their savings after Claire's maternity leave and move their renovation plans a bit further forward.

However Claire says their financial gain is likely to be short-lived.

She says: 'Lockdown has made us realise we do not need to go out as much but lots of the costs will be re-introduced when life goes back to normal, unfortunately.'

I've stopped drawing on my investments 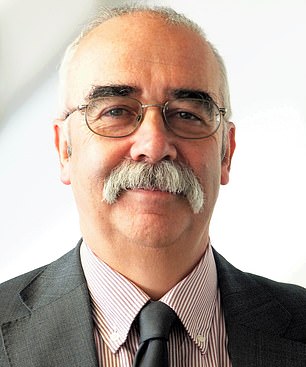 Retired Gerry Short has seen such a drop in his spending that he has decided to stop withdrawing income from his investments for the next couple of years.

After the pandemic hit the stock market, his investments plummeted. While they have recovered slightly, he wants to give them time to recover.

His reduced outgoings mean he can do this as he is making savings on weekend theatre trips which can cost up to £100 a time.

He was refunded £60 of his golf-club membership. He also stopped spending £20 on drinks three or four times a week after games.

The father-of-one, who lives in Leicestershire, also no longer employs a cleaner, which cost £100 a month.

He says: 'I was aware I was spending a lot as a distraction after my wife died and knew it couldn't continue. Lockdown has given me time to plan further in the future.'

I lost a holiday, but that's a windfall back 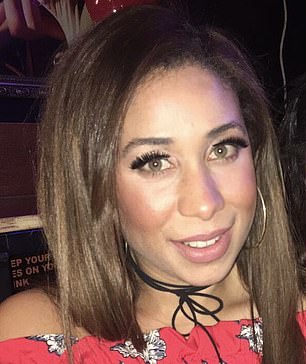 Dannielle Phillips has had to put expensive holiday plans on halt

Dannielle Phillips, 32, spends most of her spare cash on trips away.

But since lockdown kicked in, expensive holiday plans have ground to a halt. She has already got an £870 refund for a trip to Mexico that was supposed to take place in April.

And she has received a £500 voucher she can use to re-book her holiday to Portugal in June for next year.

Dannielle, a senior marketing consultant, had always put £250 a month into Premium Bonds, but has since increased this to £750 a month.

Since lockdown began, she has saved around £2,500 in total, which she says would have been impossible for her before.

She has always checked her banking apps frequently, but is definitely more aware of incoming and outgoing transactions now.

Dannielle, who lives in Croydon, South London, says she also feels very lucky it worked out like this because she had originally handed in her notice in February and was planning to leave after finishing a project six weeks later.

But the new job she had been offered fell through so her company agreed to rehire her.

Dannielle says: 'I am looking forward to lockdown ending but also dreading it because I will need to rebalance old habits.

'I'm going to try to budget more at the weekends because I want to keep saving to buy a house.

'Building up my savings has become more important to me because the future feels so uncertain.'

Why Money Isn't the Measurement Unit for Self-Worth
7 Things You Should NOT Spend Money on During 2020
Tags:ukSavinglockdownCovid-19Paycuts 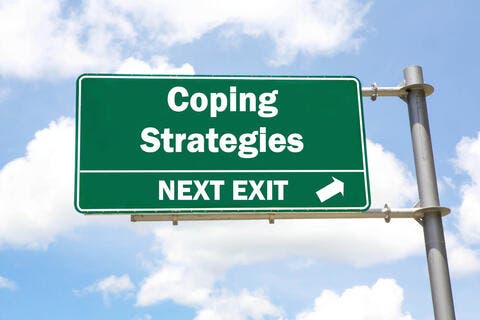