Trendy, affordable, and endless options of clothing that speak the Gen Z language on their favorite social media platforms. This is how the booming Chinese ultra-fast fashion brand, Shein, continues to dominate the hype.

Fast Fashion Can Be Quite Affordable, But Here's the Real Cost Everyone Is Paying

You may or may not have purchased products from the world's leading online fashion store yet, but around 7 million users are trying to do so every month.

While the e-commerce giant has been around for 14 years, it was only able to achieve global remarkable success during the last two years, for reasons we try to explore in this article.

- Shein was founded in the Chinese city of Nanjing by Chris Xu in 2008, under the name She Inside (Changed to Shein in 2015).

- Chris Xu was born in the US and graduated from Washington University. During the mid-2000s, he worked for a Chinese trading company named Nanjing Aodao before he ventured to establish his small business, today's trendiest e-commerce name.

- As of 2021, the Chinese e-commerce behemoth revenues witnessed a +100% growth for the 8th consecutive year, making it the world's fastest-growing company, according to Vox.

- The online retailer's value is now estimated to be near $15 billion USD.

- In May 2021, the Chinese retailer led app store's downloads in the United States (Topped Amazon's). It was amongst the top in another 50 countries worldwide.

Have you shopped on @SHEIN_official ? This China-based e-commerce platform is changing the world of fast fashion and the closet of Gen Z. #shein #GenZ pic.twitter.com/nlBXc01rVT

- In July 2021, its sales surpassed those of traditionally popular fast-fashion brands, such as H&M, Zara, Forever21, and Fashion Nova.

- Shein is currently the most visited fashion and apparel website in the world.

- According to Google Trends figures, searches made by users for Shein are three times more than its Western competitors like Zara.

- In the Middle East, Shein was only made available to consumers in 2016.

- Shein ranks amongst the Top 10 popular apps in 10 MENA countries, including Saudi Arabia and the UAE.

No one can deny that Shein's success is an outcome of carefully-tailored marketing plans that continue to focus on the target audience the brand has been addressing in recent years.

Shin offers endless collections of very trendy styles that can not be found anywhere else at such affordable prices. For Gen Z, it is the combination of trendy and cheap that makes Shein youngersters' most favorite e-commerce store.

Gained so much weight that I officially fit in the plus size section on SHEIN loll both an eye opener and a dream come true 🌸🌸💖😂💖 (p.s started this year as a petite xs) #randomnthoughts #gollygee pic.twitter.com/DjO08OgxCi

Moreover, the company's marketing strategies are very focused on catering to young generations that use their mobile phones more often than desktop devices, making it the first brand to prioritize mobile apps more than website versions.

Dubbed as the TikTok of E-commerce, Shein also maintains a strong online presence on social media networks that appeal the most to younger generations, such as TikTok, Instagram, and YouTube. Not to mention their tempting promo and referral codes that are often promoted by every region's most popular online personalities, also known as fashionistas or influencers.

Shein's strategies have also taken into consideration groups that are typically less targeted by Western competitors, such as plus size and petite women who, if not for Shein, would still be having a hard time finding trendy and affordable clothing options.

Furthermore, Shein has been relatively sensitive to cultural clothing options, as we see it collaborating with regional designers to offer clothing ideas and pieces that are not on the agenda by other competitors. In the MENA region, for instance, Shein has been designing modest clothing options for women, including bathing suits that appeal to Hijabi Muslim women.

Last April, Shein also announced launching a special collection for Ramadan 2021, in collaboration with a well-known fashion influencer from Kuwait.

I also don’t want to see people getting on poor hijabi’s for shopping from shein or other fast fashion brands. Shein has a lot of modest dresses and just general hijabi friendly clothes that most mainstream stores do not have. Do you know how expensive modest clothes are?

In terms of affordable prices, there have been plenty of questions over the company's ability to maintain such low prices in today's highly competitive world. While Shein does not promise the best quality of products out there, just as other fast-fashion producers do, the fact that it is a Chinese-based name has a lot to do with their ability to keep their prices budget-perfect.

Between 2016-2020, China was the main target of the former US administration's economic war. Bloomberg reports that Donald Trump's tariffs on Chinese products led to major spikes in Shein's sales, since China had decided to exempt its small-value shipments from taxes, which has been encouraging lower prices ever since.

Finally, the major global interest to e-commerce following the COVID19 pandemic has given Shein a real boost as more and more people tried to explore online shopping options during lockdowns. Coupled with convenience and reliability in terms of delivery and returns, sales in the US have doubled since the beginning of the pandemic.

Ranking of Shein's App in the MENA

Here is how popular the Shein app is in the following Middle East and North Africa, according to similarweb;

Despite its booming popularity around the world, Shein's products and policies are still in question by many people, who deserve to be addressed by Shein.

Starting from eco-aware experts who oppose the concept of fast fashion, given its harmful impact on the environment, let alone what they have to say about "ultra" fast fashion.

According to experts, making one kilogram of fabric generates an average of 23 kilograms of greenhouse gases that have a major negative impact on Climate Change. Fashion experts also explain that making a shirt or a pair of jeans consumes an amount of water equal to what an average person drinks for 13 years.

Many fashion commentators have also grown concerned over the negative impact of such quickly changing fashion trends on youngsters' mental health, as it maximizes their appetite for unending consumption, which could soon turn them into unwell shopaholics. 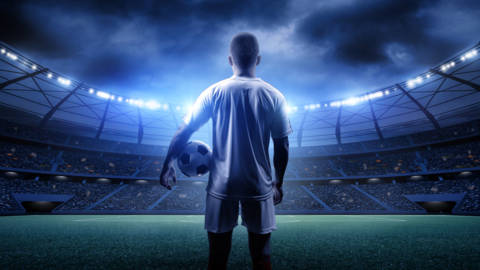 While such doubts could be pushed by Western competitors in an attempt to survive the Shein invasion of markets, the Chinese record of labor rights violations both in sweatshops and large factories does support the need for proof that Shein's workers enjoy their full rights as they keep providing the market with hundreds of thousands of new pieces every day.

Fast Fashion Can Be Quite Affordable, But Here's the Real Cost Everyone Is Paying
How Did the Middle Eastern Fashion Industry Cope With COVID-19?
Tags:SheinFashionfast fashionChinaultra fast fashion