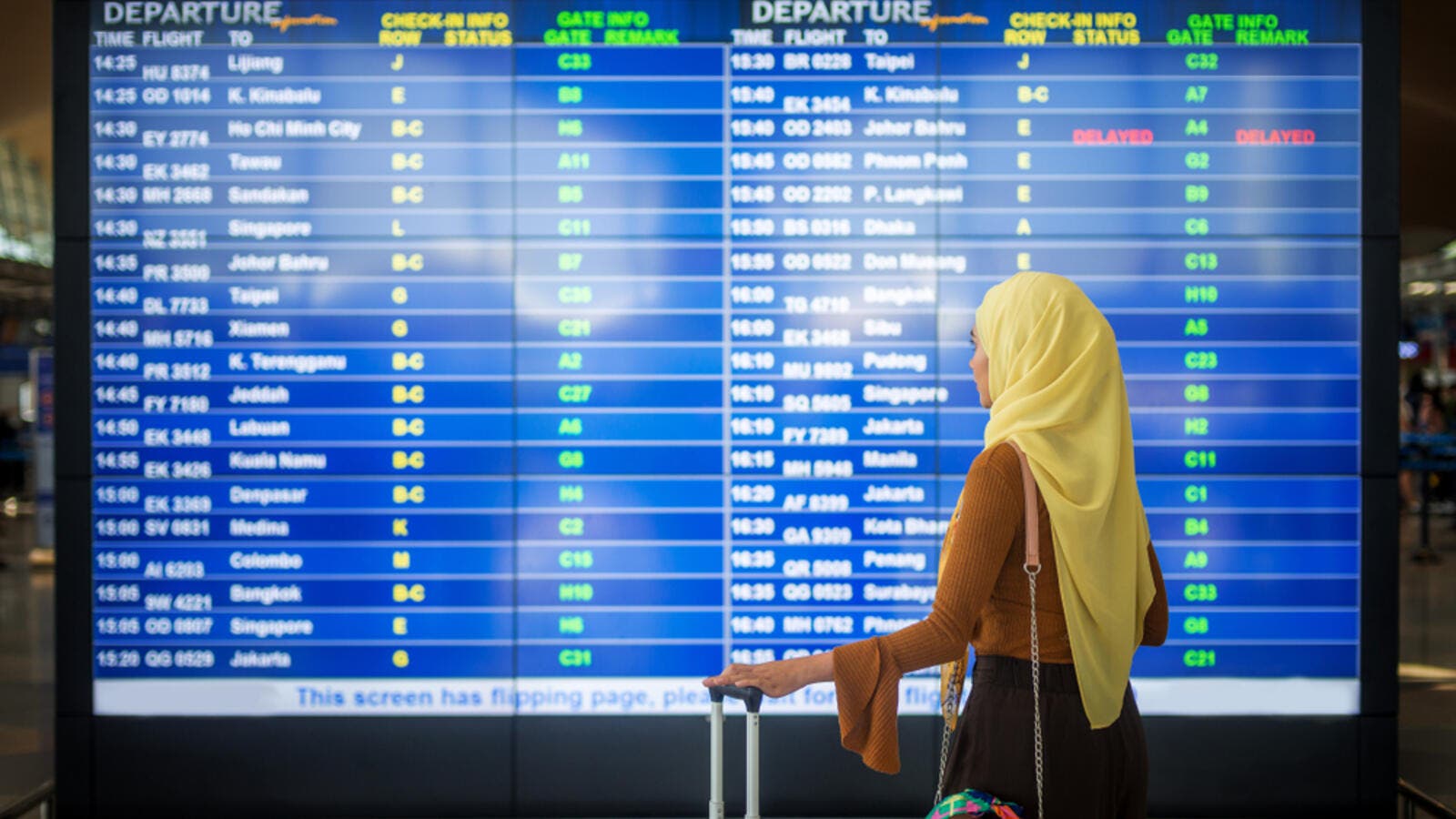 Delta Air Lines was fined $50,000 by the US Department of Transportation to settle allegations it discriminated against three Muslim passengers who were ordered off their planes.

In its consent order, the department said it found Delta "engaged in discriminatory conduct" and violated anti-discrimination laws when it removed the three passengers.

In one incident on July 26, 2016, a Muslim couple were removed from Delta Flight 229 at Charles de Gaulle Airport in Paris after a passenger told a flight attendant their behaviour made her "very uncomfortable and nervous".

"Mrs X" was wearing a headscarf and the passenger said "Mr X" had inserted something into his watch.

The captain then spoke with Delta's corporate security, who said Mr and Mrs X were US citizens returning home and there were "no red flags".

However, the captain refused to let them re-board the plane.

The Department of Transportation said the captain had failed to follow Delta's security protocol and it appeared that "but for Mr and Mrs X's perceived religion, Delta would not have removed or denied them reboarding" of their flight.

The second incident covered in the order involved another Muslim passenger who boarded Flight 49 at Amsterdam heading for New York on July 31, 2016.

Other passengers and flight attendants complained about him but the first officer saw nothing unusual about him and Delta security also said "Mr A"'s record had "no red flags".

The captain prepared the plane for departure but then returned to the gate and had Mr A removed and his seat searched.

The Transportation Department said the captain had not followed Delta's security protocol and the removal of Mr A "after being cleared was discriminatory".

Delta disagreed that it engaged in discriminatory conduct but "does not dispute that each of these two incidents could have been handled differently", the order said.

The government said the fine "establishes a strong deterrent against future similar unlawful practices by Delta and other carriers".

Following the July 2016 incidents, Delta said it had reviewed and enhanced its procedure to investigate suspicious activity "to make it more collaborative and objective".

Last month, British Muslim journalist Mehdi Hassan launched a scathing tirade against a US airline, accusing it of refusing to publicly apologise after its crew threatened to force his headscarf-wearing wife off a plane for asking to swap seats so she could sit with the rest of her family.

Hassan, who presents various shows on Aljazeera, took to Twitter on December 2 to publicise his wife’s mistreatment at the hands of Southwest Airlines cabin crew on a flight between Houston and Washington DC after Thanksgiving.

Using the hashtag #FlyingWhileMuslim, Hassan accused the crew of racism and Islamophobia, after his wife "politely" asked an obliging passenger to swap seats. In response, she was threatened by flight attendants to be forced off the aircraft for making people "uncomfortable".

Oxford-educated Hassan, whose parents came to the UK from India, took to Twitter to post: "Not a good look for your flight attendant on SW5539 to DC last night to loudly tell a brown woman in a headscarf she'll be 'escorted off the plane' for making people feel 'uncomfortable' - because she wanted to sit with her husband & kids!."

Hassan added that the humiliation of his wife by the attendent had left her in tears.

He also pointed out that other passengers were confused at the crew's sudden escalation.

"Even her own @SouthwestAir colleague from the ground staff who came onboard to check things wondered why the flight attendant wouldn't shut up & let things go so we could take off," Hassan tweeted.

On Friday, Hassan took to social media once more to criticise Southwest Airlines for refusing to publicly apologise for the incident.

"@SouthwestAir have apologized privately but refuse to apologize publicly; offered travel vouchers to fly with them (!) that don't cover the costs of our flights; & have made up a totally false narrative," he tweeted, referencing the airline's comments made to the Sun.

A Southwest Airlines spokesperson told the newspaper there had been a disagreement between passengers over the seat selection, which Hassan said was "false".

Southwest Airlines has a history of mistreating Muslim or Middle Eastern passengers. In one such incident, a Philadelphia pizza shop owner and a friend were taken aside for speaking Arabic while boarding the plane.