Published June 13th, 2021 - 12:00 GMT
The company justified her behavior when they claim that she simply apologized, Qaher accepted it, and that’s that. (Shutterstock)

The Palestinian cause has been receiving a massive amount of attention globally the past while. Opposing and supporting voices are speaking out, and a resolution has yet to be seen in sight. However, people only continue to clash in their debates with each other, invoking up emotions and engaging in heated conversations. Recently, the fashion industry Zara, got caught in this heat, with the head designer, Vanessa Perilman, messaging the model Qaher, in regards to his opinions on the Palestinian cause. The matter escalated with a response from Zara’s officials, and people are quite disappointed to say the least. 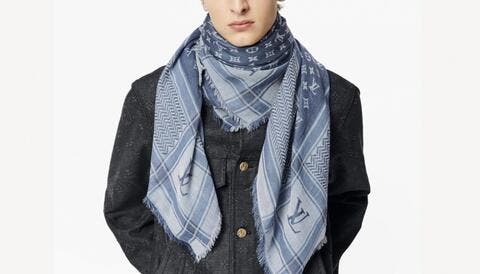 Perilman stated that when Qaher says Israel is an ‘evil’ country, he is lying. Additionally, she said that she as a Jew, will survive the attacks on social media. Vanessa went on criticizing, generalizing, and claiming that all Palestine supporters are ignorant and violent. Afterwards, she got personal and attacked Qaher himself, saying that being a model and a Muslim simultaneously are contradictory. She then creates a hypothetical situation where, if Qaher was a homosexual and came out, people would stone him to death; attempting to invoke hatred and fear in him. Check out the post below and see for yourselves. 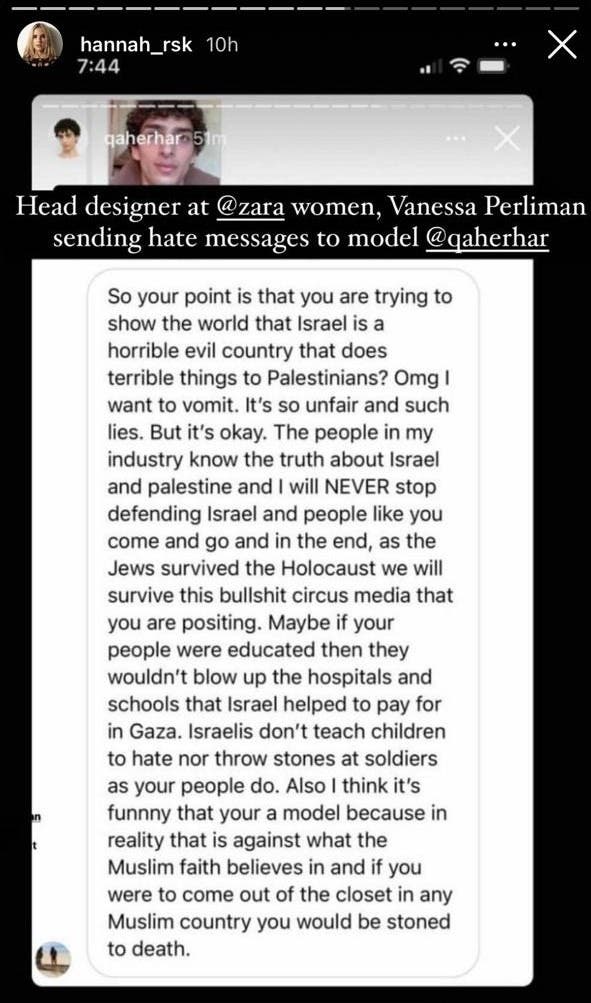 Immediately after this post, people started to send complaints to Zara regarding this racist, xenophobic, and Islamophobic statement by their head designer. After thousands of complaints and emails were sent to Zara, they responded. According to Zara officials, an internal investigation was initiated to address the problem properly. Zara’s email states that Vanessa and Qaher contacted each other through Instagram, and that Vanessa apologized. Furthermore, they stressed that Zara is a diverse company that does not tolerate discrimination. 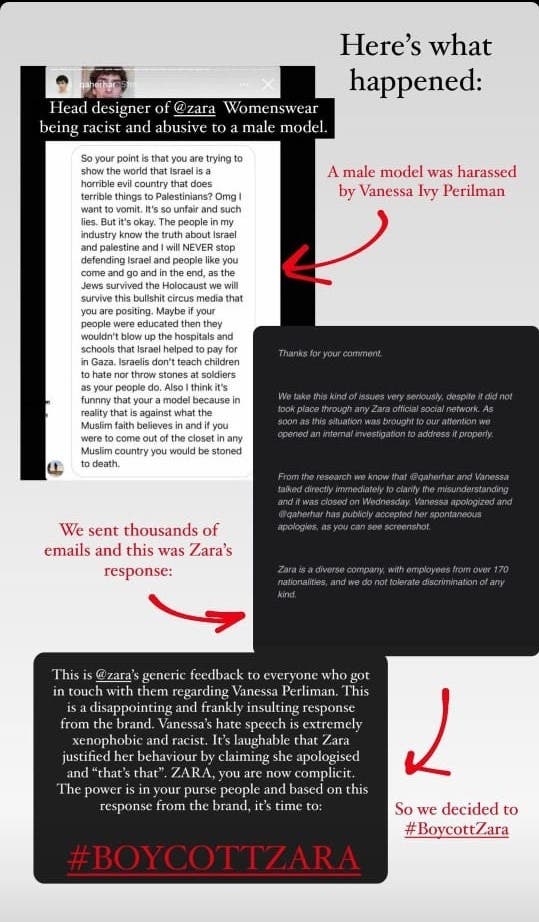 Clearly, this action minimizes the damage done by the head designer. The company justified her behavior when they claim that she simply apologized, Qaher accepted it, and that’s that. As a result, people are now calling to boycott Zara due to their ‘generic’ response on an Islamophobic, racist, and discriminatory matter. 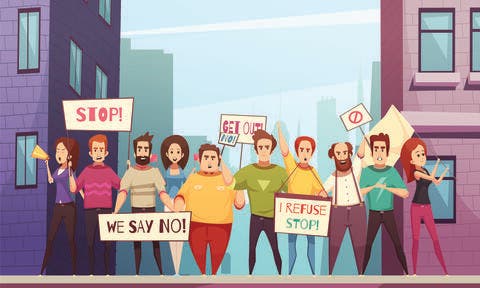