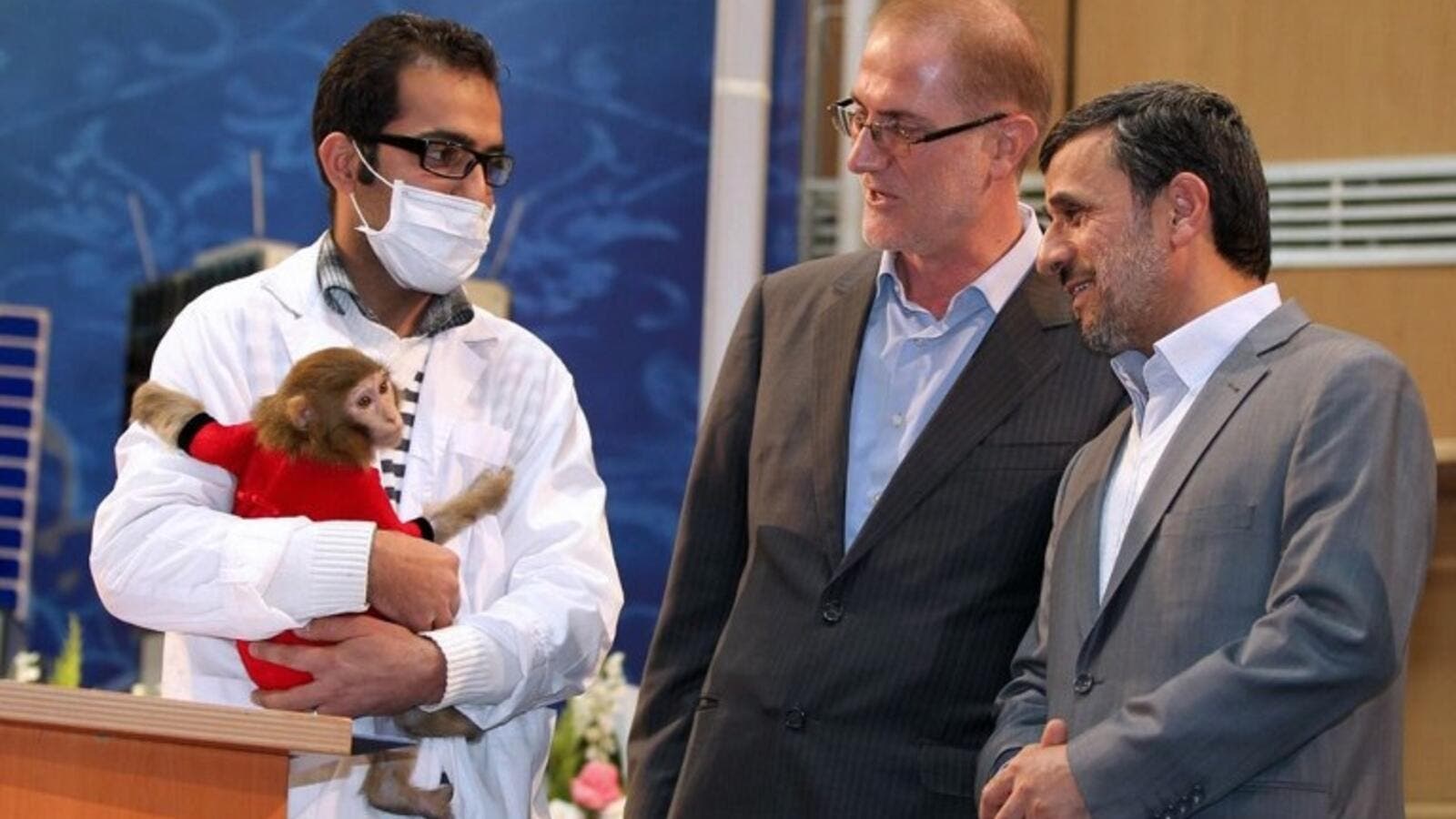 One might be the leader of one of the most feared countries in the world and the other a furry primate but one thing Iranian president, Mahmoud Ahmadinejad, and resident monkey, Pishgam, have in common is their space ambitions.

Last month, primate Pishgam (Farsi for ‘pioneer’) helped make a giant leap in the Persian nation’s fledgling space program when he was successfully launched into orbit and brought safely back to earth.

‘Mission monkey’ captured the world’s attention and has taken Iran one step closer to achieving its goal of sending a man into space by 2020.

With Pishgam hitting headlines across the globe, it seems Ahmadinejad now wants a piece of the action.

According to Mehr news agency, the President plans to follow in Pishgam’s footsteps to become the first human being to be sent into orbit by the country’s space program.

On Monday, on the sidelines of an exhibition of space achievements in Tehran, Ahmadinejad reportedly said: "I am ready to be the first human to be sent to space by Iranian scientists."

No stranger to provocative public comments, it remains unclear whether the suggestion was a serious one.

But with his second and final term as president ending in June, these space endeavors could be the perfect way for Ahmadinejad to ease himself into retirement.

Would you like Ahmadinejad to be the first man sent into orbit by Iran's space program? Share your comments with us below!