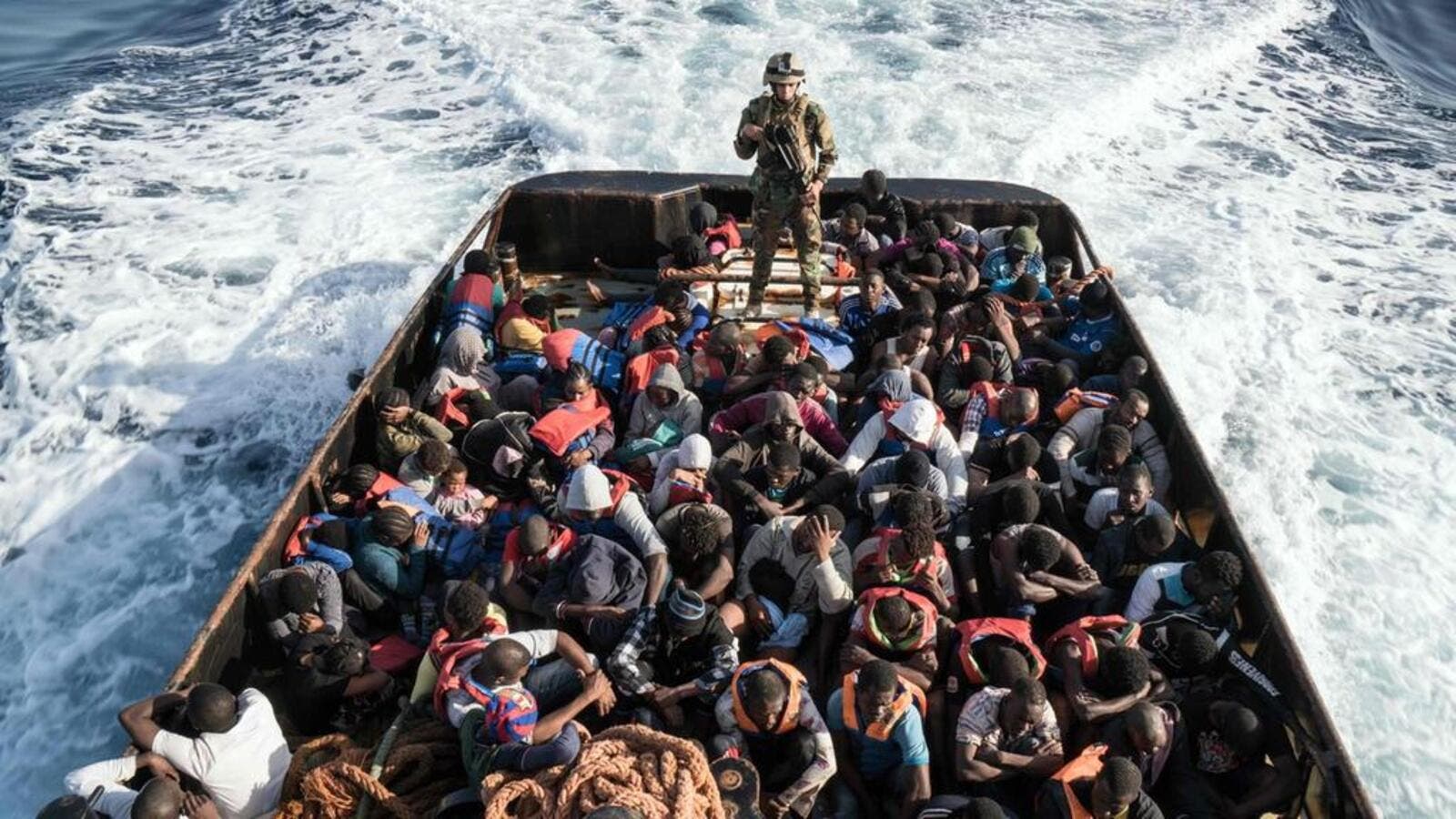 A Libyan coast guardsman stands on a boat during the rescue of 147 illegal immigrants attempting to reach Europe off the coastal town of Zawiyah. (AFP/ File Photo)

Libyan naval forces on Sunday announced the death of 11 undocumented migrants, and the rescue of another 83.

In a statement, the naval forces affiliated with the national consensus government said the bodies were found afloat on early Sunday, five miles off the coast of northwestern Sabrata city.

Those rescued from a plastic boat were from different African nationalities, it added.

They were later handed over to Libya’s anti-illegal immigration agency in northwestern Zawiya district.

Ever since the collapse of the central authority in Libya in 2011, the country’s northwestern coast has become a hub for illegal migration to Italy and other countries in Europe.