ALBAWABA - Five Kuwaiti sisters, who fled to Turkey due to domestic violence, are in fear of being deported. 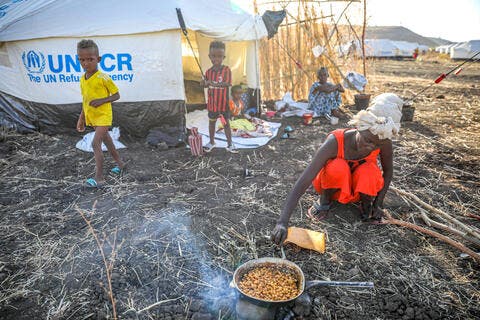 Alnoud Alsaeedi and her four sisters; Sara, Noora, Mariam and Aisha, fled their family and arrived in Turkey seeking asylum.

According to Alnoud Alsaeedi, she and her sisters asked the Turkish police for protection. However, the Kuwaiti embassy in Istanbul wants to send us back.

Anoud shared a video online saying she and her four sisters escaped violence from Kuwait to Turkey, but now they are in a very dangerous situation as they are now trapped in the Kuwaiti embassy hotel.

The hashtag "#انقذوا_العنود_السعيدي_وخواتها - #SaveAlnoudAndHerSisters" has been circulating Twitter as women's activists called Turkish authorities and human rights organizations to help the Kuwaiti women.

Alsaeedi shared a tweet saying that the United Nations High Commissioner for Refugees contacted her and that they would be under their protection if we sought asylum in Turkey. However, she said they might still be in danger as some of her relatives live in Turkey.