The number of refugees and asylum-seekers hosted in Sudan reached 1,130,547 individuals at end of 2021, an increase of 109,014 compared to the previous year, the United Nations refugee agency’s (UNHCR) in its 2021 Country Refugee Response Plan (CRP). 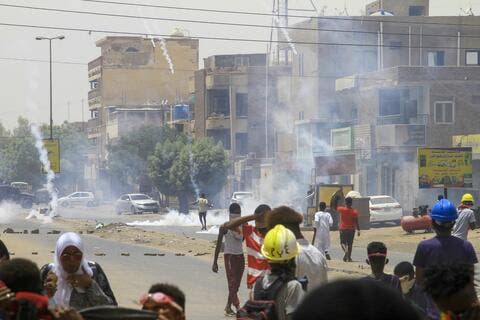 Two Killed in Protests Against Military Coup in Sudan

Over 800,000 of these individuals, it noted, originate from South Sudan, and more than half of the total population live in Khartoum or White Nile.

To respond and contain a measles outbreak in West Kordofan, 🇸🇩#Sudan, #UNHCR & @FMOH_SUDAN rolled out a large 💉 vaccination campaign.

1⃣5⃣0⃣0⃣0⃣ children, including 3,700 #refugees and 11,300 Sudanese are now ⚕️immune to this contagious and potentially dangerous disease 🦠 pic.twitter.com/lHYSH2Ppw0

“In addition, Sudan hosts refugees from Ethiopia, Eritrea, CAR, Syria and Chad. 61% of all refugees and asylum-seekers live outside official camps in urban areas or settlements, many of them in extremely remote areas with little coverage of public services or presence of humanitarian actors,” partly reads the 22-page report.

It said the humanitarian situation in Sudan continued to deteriorate, and that the ongoing economic decline with an inflation rate of on average 360% in 2021 led to corresponding erosion of purchasing power and supply chain disruptions, negatively affecting all vulnerable populations in Sudan.

“Refugees, having fled their countries of origin to seek protection in Sudan, remain particularly vulnerable to impacts of degenerative economic trends, including reduction in purchasing power, service availability and access to livelihoods,” the refugee agency’s response plan noted.

According to UNHCR, the 2021 Sudan Country Refugee Response Plan had a financial appeal of $574 million of which 49% ($281 million) were funded.

Out of the received funding, it further revealed, $100 million supported the Ethiopian refugees in Eastern Sudan and Blue Nile State who arrived since November 2020 after conflict broke out in Northern Ethiopia.

The 2021 CRP, UNHCR stated, included the response of 30 humanitarian partners that worked alongside several Sudanese non-governmental organizations in the implementation of their programs across 11 states.

However, while provision of drinking water and adequate sanitation facilities have reportedly remained below standards in many areas, partners constructed 8,597 latrines benefitting refugee communities.