Almost Half of Jordanians Wish to Immigrate

A recent Arab Barometer report shows that nearly 50 percent of Jordanians wish to immigrate, 93 percent of whom are motivated by economic reasons. 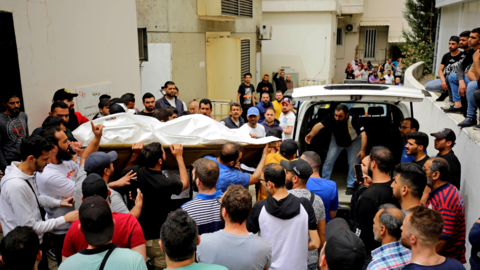 Arab Barometer is a nonpartisan research network that provides insight into the social, political, and economic attitudes and values of ordinary citizens across the Arab world, according to its website.

The report, which surveys people across 14 Arab countries, is based on a number of interviews.

Men are more willing to immigrate at 59 percent, compared with 39 percent of women, according to the report, and most of the interviewed individuals said they wanted to immigrate to North America.

Across the entire region, young people are the most likely group to think about leaving their countries, as 65 percent of Jordanians who expressed their wish to immigrate are between the ages of 18 and 29, the report states.

Fifty-six per cent of Jordanians who wish to immigrate hold a bachelor's degree or above, according to the Arab Barometer report.

The report added that the US is the preferred destination for Jordanians with 35 percent of Jordanians saying they wish to immigrate to the US.

Economist Wajdi Makhamreh said that Jordanians who wish to immigrate believe that they do not have a chance to grow and build a career in Jordan.

Makhamreh also noted that unemployment remains youth’s biggest concern, and most of those wishing to immigrate are young people and well-educated population groups.

According to Makhamreh, the minimum wage in Jordan is also a contributing factor for high immigration rates, especially under the current economic circumstances the country is going through, as “youth can’t make ends meet”.

Basel Jibreel, a Jordanian who recently immigrated to Saudi Arabia, said that “large gaps in mean incomes and wages are obviously a magnet for migration".

Jibreel told the Jordan Times that he currently earns over 10 times the wage he received in Amman for the exact same job he used to do, adding that “life expenses are much lower where I live now compared with Jordan”.

“Brain drain is a huge loss for Jordan,” Makhamreh added.