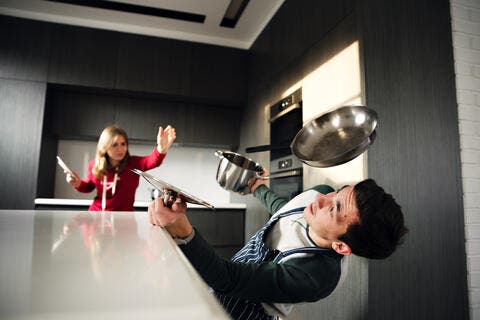 Violence: 66% of Women Beat up Their Husbands in Egypt

The country's National Police Agency investigated a record 2,170 cases of child abuse last year, up 1.7% from 2020.

"As the novel coronavirus pandemic is feared to reduce opportunities to watch over children, we will continue to monitor information that could lead to uncovering abuse," a Japanese police official told the Tokyo-based agency Kyodo News.

Police data showed a record number of 108,050 minors -- a figure up 1% from the previous year -- were referred to child welfare centers due to suspicions of abuse.

Japanese law considers all individuals below the age of 18 as minors.

The number surpassed 100,000 for the second consecutive year.

"Psychological and sexual abuse both increased from the previous year," added the agency.

However, the data showed the number of offenses receding for the seventh consecutive year in 2021 to a record low in the postwar era, totaling 568,148 cases.

"The number of suspicious connection attempts detected by police rose to 7,335 on a daily average per IP address in 2021, likely affected by progress in digitalization in society brought by such practices as teleworking amid the pandemic," it added.