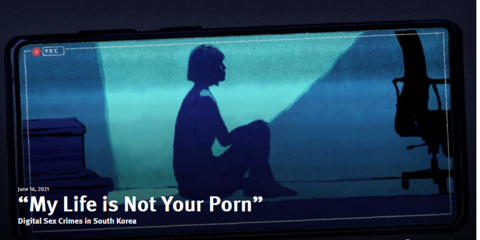 The 179-page lawsuit against Pornhub's parent company Mindgeek was filed on behalf of 34 unnamed women in California state court on Thursday.

Michelle - another fake name used for protection - was 15 when she was victimized by a man convicted of blackmailing children to sexually abuse themselves on camera.

The lawsuit depicts Mindgeek as a human trafficking crime syndicate 'just like the Sopranos.'

The lawsuit accuses Mindgeek of crimes including racketeering, typically associated with gangs and mobs, and damages could be in the hundreds of millions, lawyer Michael Bowe told CBS News.

Mindgeek 'is also one of the largest human trafficking ventures in the world. And it is likely the largest non-regulatory repository of child pornography in North America and well beyond,' the lawsuit states.

'Bowe has been the legal pitbull aligned with fanatical groups who embrace extremist ideologies and Qanon conspiracy theories while masquerading as anti-trafficking organizations in order to wage their holy war against legal pornography and sex workers.

Bowe swung back in an email to DailyMail.com, saying MindGeek/Pornhub's response to a sexual abuse survivors is 'to call them liars and accuse me of being part of conspiracy theories.'

'I want to laugh, but there are 34 women for whom none of this is funny,' Bowe said. 'These are evil men, and we look forward to bringing them to account on behalf of all the men and women they have victimized.'

He added that there is a link for victims in similar situations to send anonymous tips.

In an interview with CBS News, Isabella said she didn't know the video of her existed until a friend told her about it in college. By that time, it was viewed by more than 200,000 people.

'The view count on the video will forever haunt my dreams,' she told CBS News. 'Just knowing that that many people saw it really messed me up.'

Mindgeek, which owns and operates more than 100 pornographic websites, purposely doesn't monitor what's being uploaded and there's no process to remove content 'that was exploitive and illegal,' the lawsuit states.

As it stands now, Mindgeek makes an estimated $97billion a year, according to the California lawsuit. In comparison, Netflix makes about $11.7billion a year.

'I know this is me by several things. That is my bed, I have a mole on my right hip, that is my face, my voice, THAT IS ME and I am pissed.'

When it was finally removed, she found it uploaded on other sites by users she didn't know, according to CBS News.

Safeguards include banning uploads from unverified users, expanding moderation processes and cooperating with dozens of non-profit organizations around the world, according to Pornhub's statement to DailyMail.com

One of the 'bosses' named in the lawsuit is Mindgeek CEO Feras Antoon. The other is financier Berg Bergmair, who is accused in the lawsuit of 'hiding behind a false professional identity, an extensively scrubbed internet fingerprint and extreme rules of secrecy.'

One of the rare public appearances for Antoon was during a February hearing before the Canadian House of Commons, where he admonished the use of child abuse imagery, CBS News reported.

'Sexual material, child abuse material has no place on our platform. It makes us lose money,' he said. 'It completely ruins the brand that we have been trying to build for over a decade.' 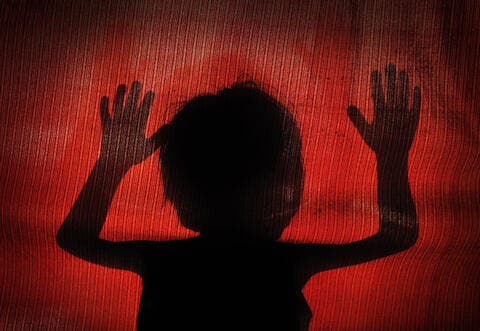 In its statement to CBS, Mindgeek said:

'Anyone who attempts to post nonconsensual imagery or child sexual abuse material on the internet is a criminal, and we are committed to remaining at the forefront of the internet when it comes to the elimination of illegal content. Every online platform has the responsibility to join this fight, and it requires collective action and constant vigilance. We hope other platforms will use our model to help eradicate unwanted content.'