Experts: Gaming is an Ideal Vehicle for Extremists

Published May 5th, 2022 - 06:11 GMT
(Shutterstock/ File Photo)
Highlights
Extremism in gaming is a “growing threat,” Alex Newhouse, the deputy director at the Center on Terrorism, Extremism, and Counterterrorism, said.

The surge of online gaming during the pandemic has allowed the far-right to exploit the industry. 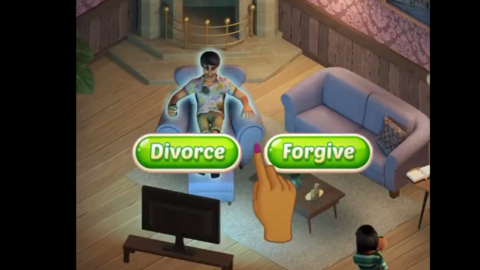 The far-right is an increasing threat in the gaming world, research has found.

Gaming and game-adjacent platforms have grown into massive global entertainment industries, resulting in growth opportunities for extremist recruitment and organising.

Far-right extremists are a growing presence in gaming, researchers have found. The industry’s hidden metrics, lackluster content moderation and head-in-the-sand attitudes get in the way of assessing and combatting the problem. https://t.co/Q2j2plmE42

Extremism in gaming is a “growing threat,” Alex Newhouse, the deputy director at the Center on Terrorism, Extremism, and Counterterrorism, said at a Games Developers Conference talk in March.

“Games are becoming increasingly social…those social hooks provide the structures and the infrastructure for extremists to organize, mobilize and spread their hateful and extreme ideologies,” Newhouse said.

In their 2021 ‘State of Play’ report, the Extremism and Gaming Research Network (EGRN) found that innovative efforts to prevent and counter violent extremism in gaming spaces are “nearly undetectable."

EGRN noted how violent extremist organisations began exploiting the surge in online gaming during the Covid-19 pandemic, as radical groups sought to take advantage of younger audiences moving away from traditional social media platforms to alternatives like the chat application, Discord, and the live-streaming site, Twitch.

“From neo-Nazis and far-right groups to ISIS [Daesh], those seeking to instigate hate and violence for their ideological ends are finding new platforms to do so as traditional social media platforms crack down on their content,” the EGRN report said.

Online games like Fortnite and gaming platforms like Steam are rife with extremist content and recruiters, EGRN said, adding that games themselves are not the problem, rather it is the socialisation that takes place inside gaming-related spaces.

“While it may be a small number of players, compared to the billions of players, they are a very hardened, very influential, very dangerous group of people who are living their lives in these gaming spaces, with little to no consequences to their actions or behaviors,” Rachel Kowert, research director at Take This, told Axios.

Since much of player data is private, researchers lack a detailed overview of which games or platforms extremists use the most for their activities, nor has there been much cooperation with gaming studios to share that data.

This lack of existing data keeps solutions from emerging, as EGRN found most research on games and radicalisation was conducted on what are now “antiquated games”.

Furthermore, it said there is an unwillingness to come to terms with the size of the threat.

According to an Anti-Defamation League report in 2019, almost one in four multiplayer gamers said they have been “exposed to discussions about white supremacist ideology”.

The same report found that 53 percent of players who experience harassment believe “they were targeted because of their race/ethnicity, religion, ability, gender or sexual orientation”.

Gamification of the far-right

The entanglements between the far-right and global gaming subcultures are also much more complex than a simple case of extremist intervention.

The other side is what observers describe as the gamification of the radical right, which was recently analysed in a report published by the European Commission last year.

Far-right groups have sought to take advantage of younger audiences that moved away from traditional social media platforms to less moderated alternatives like Discord and Twitchhttps://t.co/wjgfKuZMj6

Take for example Breton Tarrant, the 28-year-old perpetrator of the mass shootings in Christchurch, New Zealand, who live-streamed the first shooting, which mirrored the practice of live-streaming in gaming community.

Similarly, the perpetrators of mass shootings in El Paso, Pittsburgh, and Halle in Germany followed an approach where they staged their bloody acts in game-like spectacles.

“Tapping into our play-hungry psyche is a tool as convenient as fake news, hate speech, or sleek symbolism packed with references to mythology and spirituality.”