Hillary, Bill Clinton Spotted at a Dinner Party in Manhattan

Published May 27th, 2021 - 08:57 GMT
Hillary Clinton (Twitter)
Highlights
The couple obliged and Hillary - the only one wearing mask -  was seen taking a selfie with a man on the street before she and Bill hopped in the same car to go home together.

Hillary and Bill Clinton were spotted having dinner with friends on Manhattan's Upper East Side Tuesday evening. 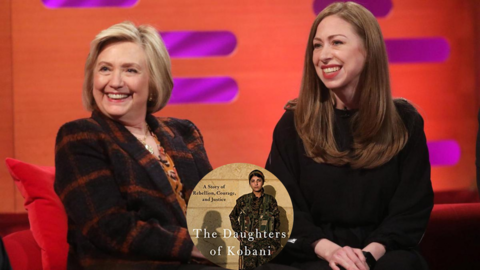 Is Hillary Clinton's Latest Project a Political Orientalist One?

But Hillary, sipping her favorite white wine, looked glum as her ever-engaging husband was deep in conversation with Sting's wife Trudie Styler, who at one point rested her head on Bill's shoulder for a group selfie.

Bill was dressed in a blue suit with a checkered button-down shirt - no tie - while Hillary wore a three-quarter-length striped wool coat as she drank her wine.

"Could this be the legal case that finally does Bill and Hillary in?" - Missy Crane
https://t.co/HVODC72IHH

The couple were joined in the outdoor seating area by Trudie and two others. The friends appeared to enjoy their lively conversation and meal together at the high-end restaurant - where entrees range from $23 to $43.

Hillary arrived first to the restaurant at 6.30pm, in a vehicle separate to Bill’s.

Bill arrived just a few minutes later and snapped a few selfies with people before heading to the table where Hillary was already seated with a brunette woman and a young man with glasses.

Not too soon after, Trudie arrived. At the same time an older man and a younger blond woman who were sitting a few tables over walked over to say hello.

At some point the group of five had the waiter take a group-selfie, and according to a bystander, Hillary did not want to get in the photo.

At around 9pm the group were seen leaving and were welcomed by commotion on the street as fans and well-wishers descended on the Clintons for selfies.

The couple obliged and Hillary - the only one wearing mask -  was seen taking a selfie with a man on the street before she and Bill hopped in the same car to go home together.

In 2019, staff at the posh New York restaurant claimed bosses made them to google the names of guests before giving them reservations, so they can make sure the guests are either rich, famous or both.

Fleming by Le Bilboquet can only seat 50 people at 20 tables inside and aside from the Clintons, recognizable faces have been seen eating there including Ivanka Trump, Robert De Niro and Paul McCartney.

https://t.co/NBbpbLA4rv
Just another notch in the presidential bedpost. It's a crowded space.

But hostesses must 'pull up each unknown guest on Google' according to a page-long 'Fleming Hostess Reservation Protocol' document, and staff claim it's because 'we want to keep the restaurant for special people only'.

Bosses at the eatery admitted to carrying out the online searches at the time, but denied it was to filter out diners who were not rich.

An anonymous waiter at the restaurant, told The New York Post at the time. 'Yes, we Google people. There are more rich than famous people coming in but we get Robert De Niro, Paul McCartney, Ivanka Trump.'

The staff member added that the venue - which is a spin-off of legendary French restaurant Le Bilboquet – requires those entering reservations to clear it with their manager named Alex before confirming with guests.

The Post reported that someone who works in the kitchen said those who are rejected from dining there simply don't get their phone call returned.

Billionaire Ronald Perelman and French restaurateur Philippe Delgrange opened Fleming by Le Bilboquet in 2018 and staff members claimed the venue is willing to forgo business in order to uphold a prestigious appearance.

'We want to maintain a certain environment for our customers, rich people, even if it means we're slow,' a waiter said.

But a representative for Fleming by Le Bilboquet said at the time the claims from those working there are false.

'What the staff is claiming is absolutely not true and whoever said it is making it up,' Josh Vlasto told the Post. 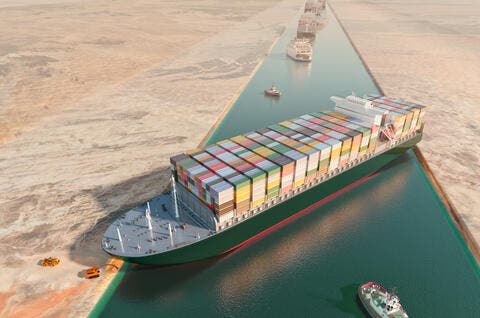 How is Hillary Clinton Involved in the Suez Canal Blockage?

The original Bilboquet only had 30 seats when it opened on East 63rd Street then it closed after 27 years and reopened in 2012 with 100 seats.