How Are Iranians Celebrating Eid Al-Fitr?

Published May 3rd, 2022 - 09:28 GMT
A Muslim devotee offers Eid al-Fitr morning prayer in the Iranian city of Shahr-e-Rey (Ray), south of the capital Tehran, on May 3, 2022. Muslims across the world are celebrating Eid al-Fitr holiday which marks the end of the holy fasting month of Ramadan. (Photo by AFP)

Muslims in Iran and some other countries have celebrated Eid Al-Fitr which puts an end to the fasting month of Ramadan, with mass prayers held in the morning across Iran to mark the festive occasion. 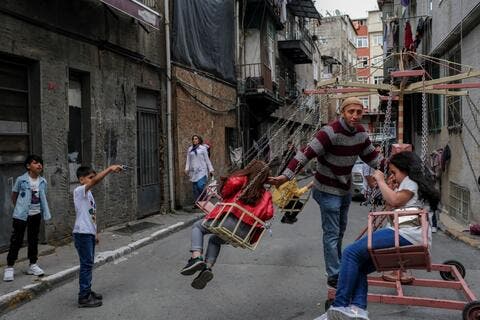 Naqareh drums were played at the holy shrine of Imam Reza, the eighth Shia Imam, in Mashhad, Iran, on Tuesday morning, on the occasion of Eid Al-Fitr in the country. In the capital, Tehran, people gathered at the University of Tehran to perform Eid Al-Fitr prayers.

Along with Iran, Bangladesh, India, and Pakistan, as well as Iraq celebrated Eid Al-Fitr on Tuesday.

Muslims follow a lunar calendar and differences in the sighting of the moon can lead to communities marking the occasion on different days.

This year’s Ramadan, like last year’s, coincided with a new wave of Israeli aggression against Palestinians, which infuriated Muslims around the world, prompting them to attend mass protests to condemn the Israeli regime’s atrocities against Palestinians.

Ayatollah Kazem Seddiqi, who led the Eid Al-Fitr prayers at the University of Tehran, noted in his sermon that this year’s International Quds Day saw massive anti-Israel protest movements throughout the Muslim world.

The protesters “showed that nothing can diminish the Palestinian issue and that Al-Quds and Palestine are alive,” he said.

Ayatollah Seddiqi said the Palestinian youth are sacrificing their lives to defend their homeland against the occupying Israeli regime.

“The Zionists, who used to have an aggressive stance, are now terrified and anxious and they have an exhausted army,” he stated. “Their faces reveal that they have reached the end of the line and that the Palestinian youth, with their courageous resistance operations from Jenin to Haifa and Tel Aviv, have put Israel in a fully isolated and defensive state.”

𝗘𝗨𝗥𝗢𝗡𝗘𝗪𝗦: Thousands of Muslims in India, Pakistan, Iran and Iraq gathered on Tuesday to pray for Eid al-Fitr. https://t.co/pAsmFti1MV or https://t.co/PhktJFqZXl pic.twitter.com/QFBdFI5ftA

The solution to the Palestinian people’s pains and the key to victory, he went on, is to keep resisting and insisting on “confronting and breaking the usurper’s horn.”

Elsewhere in his sermon, the senior cleric referred to Afghanistan’s crisis, saying the innocent Afghan people have fallen victim to waves of hatred from the US and Israel.

“We strongly urge Afghanistan’s governing body to provide security for the entire Afghan people, to identify and punish terrorist networks, and to bring peace to the Afghan people,” he added.

Ayatollah Seddiqi also criticized the so-called promoters of human rights for keeping silent on the Afghan people’s suffering while making a fuss about Ukraine. 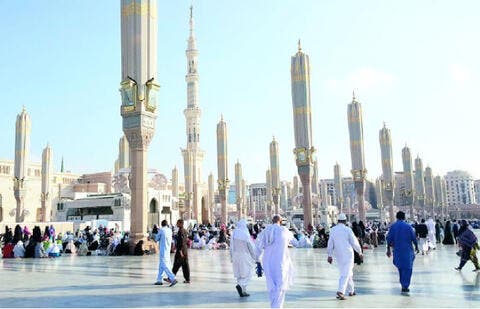 Afghanistan has been in turmoil since the Taliban, who had previously ruled Afghanistan from 1996 to 2001, took power again on August 15 last year amid a chaotic US troop withdrawal from the war-torn country.

The country has been the scene of recurrent terrorist attacks, some of which have been claimed by the Daesh (ISIS) terrorist group.

In recent weeks, the latest wave of deadly attacks across the country has claimed the lives of dozens of civilians.