During the 16 Days of Activism Against Gender-Based Violence, many Jordanians powerfully lead the fight for gender equality and safety through online activism. 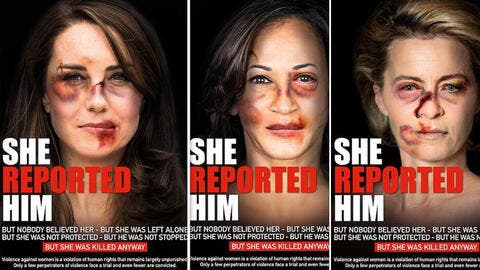 Why Are The Faces of These Public Figures Covered in Cuts and Bruises?

The 16 Days of Activism Against Gender-Based Violence is an annual international campaign that kicked off November 25, on the occasion of International Day for the Elimination of Violence against Women and runs until December 10, which marks Human Rights Day, according to the UN Women website.

Sending love and strength to all the victims and survivors of Gender Based Violence. 🤍

“Gender-based violence is not inevitable. It can and must be prevented,” the website said.

Marking the 30th anniversary of the global campaign, this year’s theme of 16 Days of Activism Against Gender-Based Violence, is “Orange the World: End Violence Against Women Now!”.

Sarah Jamal, a Jordanian Instagram user, wrote on her account: “Awareness raising is key to promoting the understanding of various aspects of gender-violence; in order to create a sustained message people should always make use of the powerful tool we have today and that is the Internet.”

In a conversation with The Jordan Times, Jamal said that people should use their voice on social media to shed more awareness on gender-based violence, as well as to connect with survivors.

“Technological solutions can bring about great solutions, and are among the best practices in tacking gender-based violence,” she noted.

“I believe in equality no matter what, because no one deserves to be treated bad because of who they are,” Nagham Al Houbani, 18, said in a tweet posted by HeForShe campaign.

Rana Hussein, a Jordanian Instagram user told The Jordan Times that during the recent period social media platforms have been buzzing with posts aimed at raising awareness for gender-based violence.

“Social media platforms have proven to be an effective tool in battling gender-based violence,” she told The Jordan Times.

On the occasion, the United States Agency for International Development (USAID) launched the #WeAreTheChange media campaign, in partnership with the Family Protection and Juvenile Department, the National Council for Family Affairs, Haya Centre, and Solidarity is Global Institute-Jordan, according to a USAID statement sent to The Jordan Times.

The #WeAreTheChange campaign aims to raise awareness about the various forms of violence not only impacting women but also children and men, according to the statement.

16 Days of Activism against gender-based violence. Tune in to #eNCA on #DStv403 pic.twitter.com/aIZfpkyd5R 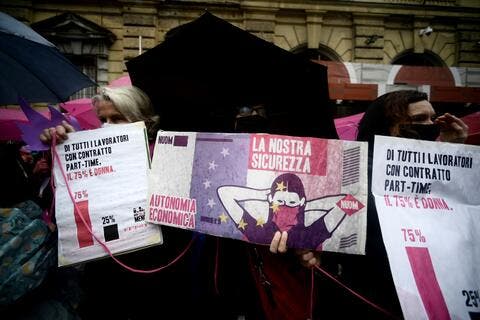 The United Nations Population Fund (UNFPA) Office in Jordan  took to Twitter to bring attention women’s cause: “Women make up to 50 per cent of society, and not representing them socially and politically will hinder any economic growth, and eventually the thriving and prosperity of society.”

The UNFPA noted the importance of empowering women and girls through digital literacy, which gives them better choices and chances.