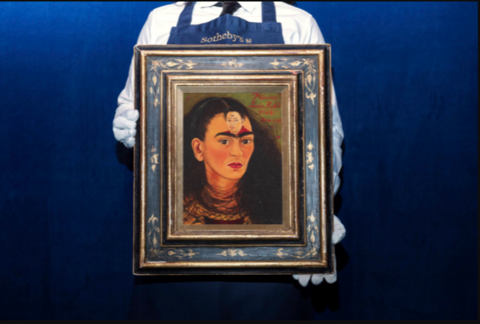 “I’ve wanted to be an entrepreneur since I turned eight,” he said.

The world of financial management may seem too complicated for many adults, but to Shaurrya, it’s second nature. He has investments in stocks, gold, cryptocurrency and NTFS.

The Dubai student who dabbles in stocks, gold and cryptocurrency to launch an Indian financial literacy platform for kids. Read his story here: https://t.co/GJOhDy0WVE pic.twitter.com/9FcBjsOM2j

Now, this ‘kidpreneur’ is working to launch an Indian financial literacy platform for children in the UAE.

‘I am in World’ is a leading platform that enables parents to empower their children and make them financially smart, said the teen, who is a student of Dubai International Academy, Emirates Hills.

Shaurrya began cracking business deals for his father at the age of 11.

After Mahesh Chaudhary took over the management of his company Vision Concept Aviation Training Institute in 2017, he decided to bring his family to the UAE.

Shaurrya arrived in the country in April 2019 at the end of his academic year in India and registered for the new term in the UAE.

“I had about four months to myself. During that time, I worked for my father and he put me in his employment for a stipend of about Dh2,000 per month. I learnt a lot during that time and was even able to crack a few deals for my dad’s trading businesses,” Shaurrya said.

He struck a deal with an edible cutlery manufacturer in India and exclusively sold the products to small restaurants in Dubai.

“I made approximately Dh30,000 during this time, thanks to commissions. I saved everything I made,” said Shaurrya. He invested his savings in gold and stocks and watched it grow until it doubled.

Business runs in the family, the father-son duo said. “We come from a Marwari family. Marwaris are an Indian ethnic group that originates from the Rajasthan region and are well-known to be traders and business people. A lot of our dinner conversations would revolve around business,” they said.

When the pandemic struck, the Chaudhary family had a house guest who was unable to leave Dubai for about four months.

“My dad’s mentor Dr Parimal Merchant, director of the Global Family Managed Business (GFMB) programme at SP Jain School of Global Management, stayed with us during that time,” Shaurrya said.

He made the most of the time he had with Merchant to gain a good understanding of finance and the stock market.

“He taught Shaurrya how to look at balance sheets, PE ratios, and introduced him to many concepts in finance and investments. This led to Shaurrya spending his next summer vacation looking for courses in finance. He realised he still had a long way to go to becoming financially literate,” said Mahesh.

Dubai student who dabbles in stocks, gold and cryptocurrency to launch an Indian financial literacy platform for kidshttps://t.co/GJOhDy0WVE

He added: “Shaurrya’s interest in the world of finance is purely self-developed. Even though I am a businessman, I do not have investments in stocks or crypto.”

The family has been supportive of the teen’s interests as long as he completes all his schoolwork on time.

“I dabble in the business and the stock market only during my free time,” Shaurrya said.

‘I Am in World’ platform for kids
While exploring options on the Internet, Shaurrya came across a company called I Am in World, an Indian entity that is devoted to offering financial literacy to kids from Grades 1 to 12.

“The platform teaches kids financial concepts through interactive stories. After I completed their level three and level four courses, I grew fascinated with the programme as it helped me learn more about money and how to grow my finances,” said Shaurrya.

“For example, instead of investing in Apple company stocks, the programme guides you to invest in social media influencers. The decisions can be made by following logical market trends,” he explained.

“I introduced the programme to my friends and they too were impressed with it,” he said.

This positive reaction prompted Shaurrya to invite I Am in World to bring their courses to the UAE. 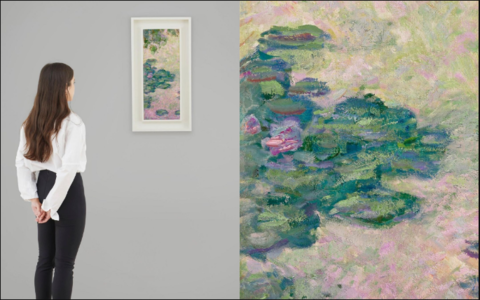 To his surprise, the company liked his idea and signed up Shaurrya to market its financial literacy school course exclusively in the UAE.

Shaurrya and his father are now in talks with UAE authorities for the platform’s launch. “If this picks up, I intend to fully invest in it after I finish school,” he said.