Palestinian Artist Pours The Sands of Palestine Into Paintings

Mayada Arabi, 53, a Jerusalemite residing in Amman, is pouring Palestine’s sand into paintings of belonging and nostalgia. 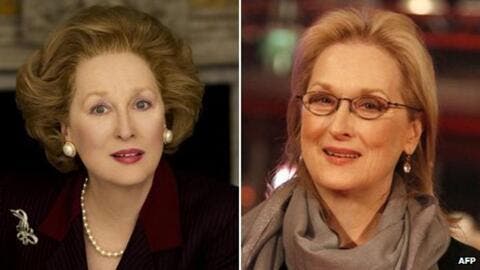 Her artworks portray Palestine’s map as well as its various cities, beaches and landmarks, such as Al Aqsa Mosque and the Dome of the Rock. She also recreates some of the works of Naji Al Ali, a renowned Palestinian cartoonist. 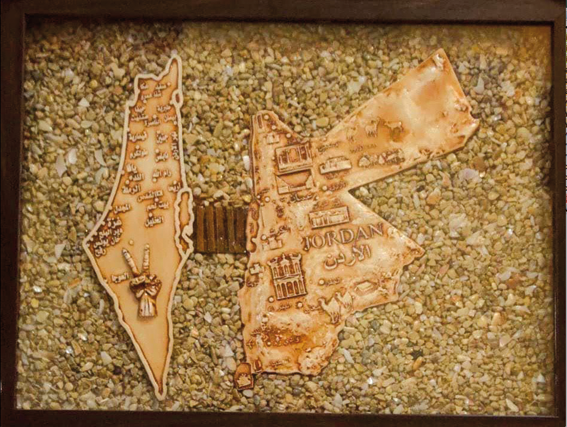 Door keys are a recurrent motif in her work as well.

“It’s a reference to when our grandparents were forced out of Palestine in the 1948 Nakbeh [catastrophe], carrying the keys of their homes and the hope to return to them,” she told The Jordan Times.

Arabi also pointed out that her work is meant to be expressive of people’s “unique” relationship with their homelands.

“One of my favourite paintings is one showing the bridge I often cross to go from Jordan to Palestine and vice versa. I used sand from the two countries to paint their maps on each side of the bridge,” she said, noting her love for Jordan, “the country with its doors always wide open to all people”.

Before turning her skill into a small business, selling traditional handcrafted items, Arabi was a stay-at-home mother of five.

She moved to Jordan after getting married at the age of 15. Roughly 20 years ago, she attended a course in traditional handicrafts, offered by a local community association.

“I enjoyed it so much and I wanted to do more with what I learnt. So I finished high school and earned an associate degree in project management from the University of Jordan to start my own business,” Arabi said.

“I was in my 30s at the time so it was a really difficult step, but I was lucky to be surrounded by a supportive family, who made it all possible,” she continued.

Her work process involves collecting, washing and drying the sand before spreading it to form the painting she wants using adhesive material. Her upcoming artwork, which will utilise the sand of Irbid, is meant to celebrate its selection as the Arab Capital of Culture for 2022. 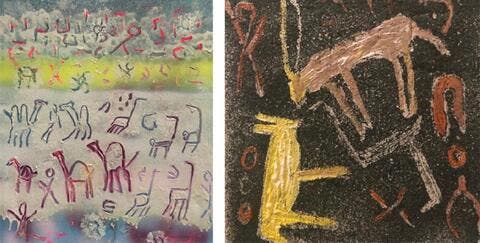 Rawan Adwan is 'Historical' Rock Artist Bringing The Past to Life

“My dream is to unite the sand of all Arab countries on one large painting of a map showing their landmark sites,” the artist noted.

Arabi, who also creates ceramic art sculptures and handcrafts using Jordanian and Palestinian olive wood, noted that Souk Jara, an annual artisanal market in Amman which concluded two weeks ago, provided her with the space to showcase and sell her products. She also displays her work by participating in various other local events as well as cultural days organised by embassies and universities.