Prince William Receives His First Dose of The COVID Jab

Published May 20th, 2021 - 08:51 GMT
Britain's Prince William, Duke of Cambridge visits Base25 to mark mental health awareness week in Wolverhampton on May 13, 2021. MOLLY DARLINGTON / POOL / AFP
Highlights
Prof Van-Tam told a Downing Street press conference yesterday: 'I pitch this personally as a straight race between the transmissibility of this new variant ... and vaccine delivery.

Prince William revealed today that he has received his first dose of the coronavirus jab from NHS medical staff at the Science Museum vaccination centre in London. 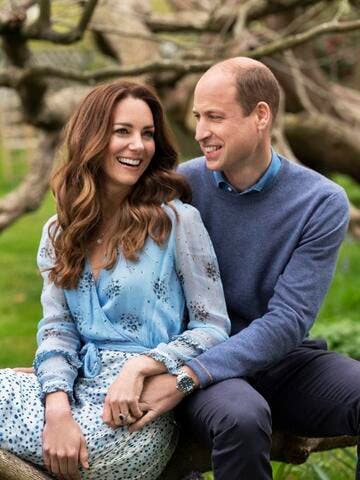 The Duke of Cambridge tweeted this morning: 'On Tuesday I received my first dose of the Covid-19 vaccine. To all those working on the vaccine rollout - thank you for everything you've done and continue to do.'

The 38-year-old royal posted a picture of himself wearing a mask with his sleeve rolled up and a needle in his arm as he received the jab at the museum in Kensington, near where he lives with wife Kate and their three children.

Kensington Palace also did not say which vaccine was given to the second in line to the throne, but he will have been entitled to the Pfizer/BioNTech or Oxford-AstraZeneca jab, because he is aged under 40.

William wanted princess diana death to make him and not break him. Thank God Prince William is the first born.#princewilliam #princeharry#princecharles#princessdiana pic.twitter.com/RpVPotCz3C

William, who is left-handed, was pictured receiving his jab in his right arm. He is the latest Royal Family member to make public their decision to have the vaccine and he follows in the footsteps of the Queen and Prince Charles.

However, neither of them were pictured receiving the jab. William has previously spoken out in favour of the vaccine, hailing the 'monumental' success of the programme and expressing his desire to have his first dose.

It is understood he received the vaccine that was available at the centre, where Health Secretary Matt Hancock was also inoculated. But it is not known which one he was given or if Kate, 39, has received her first vaccination.

England's deputy chief medical officer said yesterday that Britain is in a 'straight race' to vaccinate its population in order to outrun the threat of the Indian coronavirus mutation.

Professor Jonathan Van-Tam said the jab-rate over the next few weeks would be crucial for ensuring the Prime Minister could lift all Covid restrictions on June 21, as set out in his road map out of lockdown.

As part of efforts to 'turbo-boost' the vaccine programme, more than one million people aged 34 and 35 will receive a text message today or tomorrow asking them to come forward for their vaccine, NHS England said.

It comes amid growing confidence within the Government that the vaccines available in the UK will work against the Indian strain and that the B1617.2 mutation will prove less transmissible than first feared.

Almost 3,000 cases of the Indian variant have been identified in the UK - up from the 2,323 declared on Monday - and surge testing has been announced in a number of areas in a bid to control its spread.

Prof Van-Tam told a Downing Street press conference yesterday: 'I pitch this personally as a straight race between the transmissibility of this new variant ... and vaccine delivery.

'The NHS is doing everything it can to turbo-boost that, and that is the challenge that's ahead of us in the next two to three to four weeks, to make sure that we outrun the virus through really vigorous pull-through on vaccine delivery.'

Prince William took to Twitter to announce that he got his first dose of the #Covid19 vaccine today. He shared a picture of himself getting the first jab.#ITCard #COIVD19vaccination
Read: https://t.co/Zow47oO14t pic.twitter.com/gLzZMlJ7IE

Prof Van-Tam said scientists would have more information by next week on how transmissible the Indian variant is versus the Kent strain, which has become dominant in the UK.

Experts had feared it could be up to 50 per cent more transmissible, but the Government adviser suggested studies could find it is only half that.

The spread of the variant of concern had cast doubt on next month's plans to ease the remaining restrictions in England, but Boris Johnson told the Commons his administration had 'increasing confidence' that vaccines would prove effective against it.

Sources confirmed Mr Johnson told the 1922 Committee of backbench Conservative MPs he was 'even more cautiously optimistic' than last week about being able to scrap all restrictions next month.

Health Secretary Matt Hancock struck a more cautious tone at a press briefing earlier in the day, saying a final decision on whether to move to the next stage of the road map would be taken as late as possible - on June 14, a week before the measures would take effect.

'Until then, it is just too early to say,' said the Cabinet minister.

Mr Hancock defended the Government's moves to open up international travel via a traffic light system after the ban on international holidays was lifted on Monday, as part of the latest phase of lockdown easing.

There had been confusion after his Cabinet colleagues offered different answers this week about the circumstances under which people could visit countries on the 'amber list', to which travel is allowed but not encouraged.

The Health Secretary said the messaging had been 'crystal clear' that the public 'should not go to an amber or red list country on holiday' and that any visits could only be in 'exceptional circumstances'.

Passengers arriving from amber list countries are required to self-isolate for 10 days and take two tests, with Mr Hancock saying 30,000 home visits had been carried out in the last week to check people were quarantining.

However, Ryanair boss Michael O'Leary said 'most of the UK population doesn't understand' the rules on travelling to amber-listed destinations, with people 'booking in their droves' to take holidays in places not on the green list this summer. 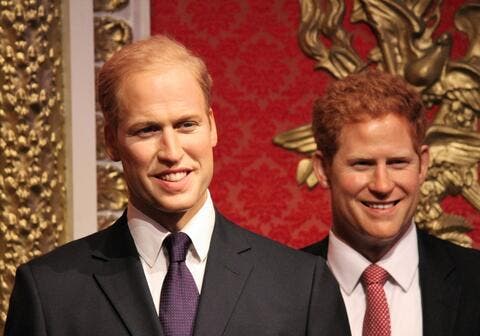 In Northern Ireland, journeys to the Common Travel Area - which consists of the UK, Republic of Ireland, Channel Islands and Isle of Man - for visits to family and friends will be allowed from May 24.

But the Stormont Executive has not made a decision about the resumption of international leisure travel from Northern Ireland.