Spanish clothing retailer Inditex, the mother company of brands such as Zara, Bershka, and Pull&Bear, joined the list of major companies that have stopped their services in Russia by closing its more than 500 stores in the country. 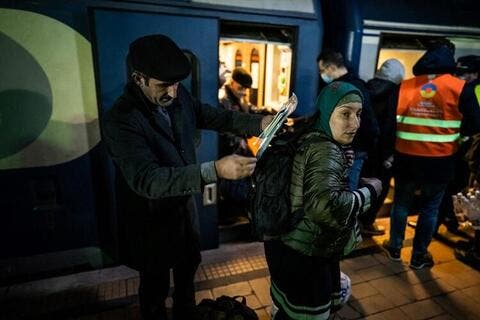 "Inditex informs that in the current circumstances, it cannot guarantee the continuity of operations and commercial conditions in the Russian Federation and temporarily suspends its activity in the 502 stores," it announced on Saturday.

Inditex, one of the world's largest clothing retailers and which owns brands such as Zara, will close over 500 stores in Russia.

Russia accounts for around 8.5% of the group's global earnings -- before interest and taxes -- according to the statement.

Many countries, especially EU members and the US, have announced sanctions on the Russian economy, and major companies have also halted their services in the country in numerous sectors, from automotive to energy.

According to UN figures, at least 331 civilians have been killed and 675 injured in Ukraine since the start of the war on Feb. 24.

More than 1.2 million people have also fled to neighboring countries, according to the UN refugee agency.