Sharjah Art Foundation Collaborates on Bani Abidi: The Man Who Talked Until He Disappeared at the Museum of Contemporary Art Chicago

Published October 11th, 2021 - 06:14 GMT
Abidi, The Man Who Talked Until He Disappeared, 2019. Courtesy of the artist and Experimenter, Kolkata
Highlights
Exhibition Showcases New Commissions and Two Decades of the Artist’s Practice in Video, Photography and Sound Works

Bani Abidi: The Man Who Talked Until He Disappeared, developed in collaboration with Sharjah Art Foundation (SAF), is now on view at the Museum of Contemporary Art Chicago (MCA Chicago). Spanning two decades of the artist’s practice and featuring new commissions, the Chicago exhibition builds on Bani Abidi’s first solo institutional survey at SAF in 2019, co-curated by Foundation Director Hoor Al Qasimi and Nastasha Ginwala and titled Bani Abidi: Funland. 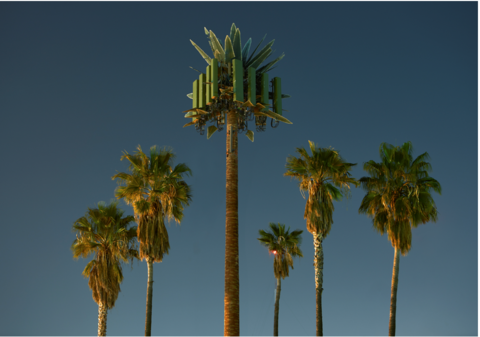 Informed by her upbringing in Karachi and experiences in other metropolitan cities including Chicago, where she studied at the School of the Art Institute of Chicago, Abidi approaches social imaginary and cosmopolitanism as a master storyteller, using video, photography, sound, and installation to uncover the influence of cultural and political power struggles on everyday life.

Abidi’s unexpected protagonists blur the lines between actors and non-actors, scripted and spontaneous moments, exposing the absurd theater of our social fabric. Over twenty years of her career, Abidi has become internationally recognized for her satirical critiques of those who hold power and the many ways they wield it. Drawing inspiration from history, literature, mass media, and current events, Abidi’s practice explores the construction of sociopolitical realities and the impact of these narratives on individual experiences.

The exhibition presents several of her formative video works, such as Mangoes, The News, and Anthems, that feature the artist playing a semi-fictional version of herself on camera, as well as more recent works that show the evolution of the artist’s practice and interests over time.

Abidi explores the spectacle of state authority and uses her work in film and other media as a potent, sometimes subversive means to address problems of nationalism and militarism and the elaborate drama of control.

A commission for Sharjah Art Foundation, Death at a 30 Degree Angle was featured in dOCUMENTA 13 and marked a major international debut for the artist. Showing this work for the first time in North America, the multimedia installation constructs a fictional narrative about a small-time politician who commissions a monumental sculpture of himself.

Characteristics such as megalomania, inauthenticity, and paranoia are engaged in this work while foregrounding the sculptor, Ram Sutar, who in real life is renowned for his monuments to historic figures and national heroes.

The exhibition also marks the debut of a new work, The Reassuring Hand Gestures of Big Men, Small Men, All Men (2021). The series features the physical gestures and traits of men that create the image of power and are often associated with masculinity, such as charisma, comradeship, and patriotic fervor.

Another highlight of the exhibition, The Address is displayed on television monitors at multiple sites throughout the MCA. The work adopts the familiar backdrop of a televised presidential address in Pakistan, which includes a framed portrait of Muhammad Ali Jinnah — founder of modern Pakistan. From this unoccupied space, Abidi contemplates codes of leadership and its absence, as well as the dramaturgy surrounding a ‘presidential address.’

Similarly, in Reserved, crowds anxiously await the red-carpet entrance of a state dignitary and his motorcade. One side of the two-channel projection displays scenes of children waving paper flags, a street vendor selling balloons, and police managing traffic.

The other projection shows the motorcade arriving, but never the dignitary himself. Through Abidi’s critical lens, these works reflect the uneasy, nervous waiting associated with bureaucracy and the production of public image.

The latter work involves intersecting queue lines on the gallery floor, building on the theme from her film The Distance From Here. Abidi shows that reality is sometimes stranger than fiction—and that humour, when shared collectively, becomes a way to understand each other.

Bani Abidi: The Man Who Talked Until He Disappeared is on view at MCA Chicago through 5 June 2022. For more information, visit sharjahart.org. 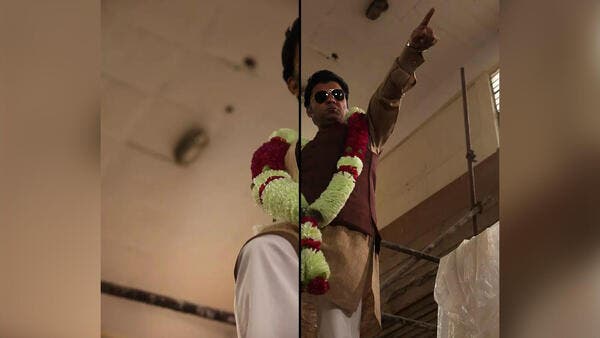 Bani Abidi uses video and photography to comment upon politics and culture, often through humorous and absurd vignettes.

She was an artist-in-residence at Skowhegan School of Painting and Sculpture, Maine (2000), DAAD Berliner Kunstlerprogram, Berlin (2011) and Fukuoka Artist Exchange Programme, Japan (2005).

Abidi studied visual art at the National College of Arts in Lahore (1994) and the School of the Art Institute of Chicago (1999). Born in 1971 in Karachi, she currently lives and works between Berlin and Karachi.

About The Museum of Contemporary Art Chicago

The Museum of Contemporary Art Chicago is one of the nation’s largest multidisciplinary museums devoted to the art of our time. With an international reputation for groundbreaking exhibitions, the MCA presents the latest in cutting-edge, contemporary culture. Located near the historic Water Tower in the heart of downtown Chicago, the MCA features exhibition spaces, the destination ground-floor restaurant Marisol, the Commons engagement space, a gift store, leading performers from around the globe in its 300-seat theater, and a terraced sculpture garden with views of Lake Michigan.

Sharjah Art Foundation is an advocate, catalyst and producer of contemporary art within the Emirate of Sharjah and the surrounding region, in dialogue with the international arts community. Under the leadership of founder Hoor Al Qasimi, a curator and artist, the Foundation advances an experimental and wide-ranging programmatic model that supports the production and presentation of contemporary art, preserves and celebrates the distinct culture of the region and encourages a shared understanding of the transformational role of art.

The Foundation’s core initiatives include the long-running Sharjah Biennial, featuring contemporary artists from around the world; the annual March Meeting, a convening of international arts professionals and artists; grants and residencies for artists, curators and cultural producers; ambitious and experimental commissions and a range of travelling exhibitions and scholarly publications. 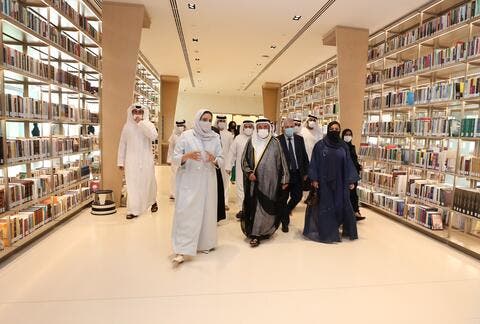 Established in 2009 to expand programmes beyond the Sharjah Biennial, which launched in 1993, the Foundation is a critical resource for artists and cultural organisations in the Gulf and a conduit for local, regional and international developments in contemporary art.

The Foundation’s deep commitment to developing and sustaining the cultural life and heritage of Sharjah is reflected through year-round exhibitions, performances, screenings and learning programmes in the city of Sharjah and across the Emirate, often hosted in historic buildings that have been repurposed as cultural and community centres. A growing collection reflects the Foundation’s support of contemporary artists in the realisation of new work and its recognition of the contributions made by pioneering modern artists from the region and around the world.

Sharjah Art Foundation is a legally independent public body established by Emiri Decree and supported by government funding, grants from national and international nonprofits and cultural organisations, corporate sponsors and individual patrons. All exhibitions are free and open to the public.

Gaza Under Attack: The World Appeals For 'Deescalation'