The Simpsons has earned praise for introducing an inspiring new character, a breast cancer survivor who has one breast following a unilateral mastectomy. 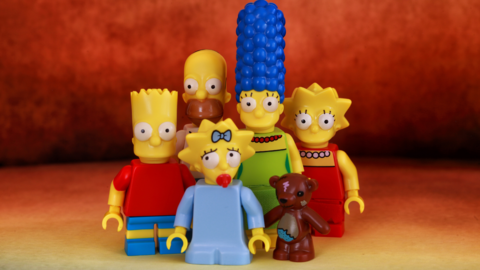 Dr. Wendy Sage, a hypnotherapist, made her debut on the Fox animated comedy on Sunday night's episode of the hit show, which aired in honor of Breast Cancer Awareness month.

The character was created and voiced by actress, writer, and breast cancer survivor Renee Ridgeley, who is the wife of Simpsons showrunner Matt Selman.

The episode, titled 'Lisa's Belly,' was all about body positivity and showed the impact parents' words can have on their children.

After Marge told Lisa she was looking chunky, she developed a complex, leading them to seek hypnotherapy.

The new character, who goes by Sage, opted to forgo surgical reconstruction after her unilateral mastectomy and has one breast, which survivors refer to as 'uniboob.'

She also has a visible scar from her from where she had her port-o-cath, a device placed under the skin to deliver chemotherapy.

'Sage shows up as exactly who she is now,' Ridgeley told Yahoo Life. 'By living openly as a one-breasted woman, she sends a message of acceptance and wholeness celebrated by individuals in marginalized groups.'

The episode was a monumental moment for breast cancer survivors, particularly those who have chosen not to go undergo breast reconstruction.

Fans were thrilled to see the inclusion and representation in the poignant episode, which had many reaching for their tissues.

'Many thanks to #TheSimpsons. This is Breast Cancer Awareness Month done well,' one person tweeted, while another added: 'The Simpsons has a character with 1 boob and a port scar and I'm in love.'

'Dr. Sage (voiced by THE @reneeridgeley) is a bad*** hypnotherapist who also happens to be a breast cancer survivor,' someone else shared. 'What a damn honor that her first appearance is in this episode!'

Ridgeley was diagnosed with breast cancer in 2016 and initially chose to have reconstruction after mastectomy. However, she later had her breast implants removed because they were causing her health issues.

The writer has become an advocate for flat visibility over the years. She shared her story in a Washington Post op-ed and founded the Less than Two Breasts advocacy campaign and Instagram page, where Sage's bio was recently shared.

She told Yahoo Life that she has been 'hounding different people' in the entertainment industry, including her husband, about the introduction of characters who are breast cancer survivors.

Selman, who supports his wife's advocacy work, kept an index card on his desk for a couple of years that said 'Simpson's uniboob,' explaining that he wanted to character fit in seamlessly with the show.

'We are always looking to reflect the world as the world changes for good and for bad — usually bad! — but we didn't want it to feel preachy or jammed in. We wanted the fit to feel really clean,' he told the outlet. 'Viewers are very sensitive to feeling like they’re being lectured to.'

When they started working on the new episode written by Juliet Kaufman, he realized that Sage was the perfect addition in keeping with the theme of body acceptance.

Get Your Skates on and Fight Breast Cancer

'The people who have watched it so far are more emotionally touched by any other episode I've ever worked on, which is just complete magic,' said Selman, who has been a writer and producer on the show for over two decades.

'I did feel good about it. But people are just watching it and crying! You do want to make them laugh. But crying is a close second.'