Two Trans Appear on The BBC 100 'Most Inspiring' Women List

The BBC has included at least two trans women among its list of 100 'most inspiring and influential' women of 2021. 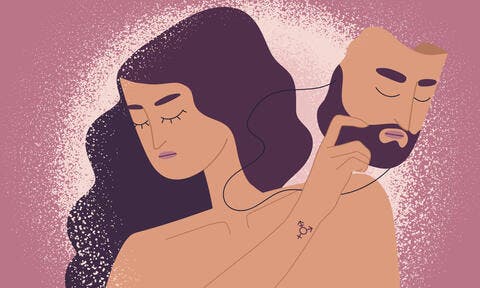 Transgender women have been included in the BBC 100 Women list 'many times' since its launch in 2013, according to the broadcaster.

It said a transgender activist who identifies as non-binary was listed in 2019.

To maintain your ultra woke platform, how many trans women made your list?https://t.co/L1yjATiOl0

The inclusion of transgender women, who MailOnline has decided not to name, in this year's list comes after BBC bosses decided to withdraw from a diversity scheme run by an LGBT charity because of the 'risk of a perception of bias'.

Director of Nations Rhodri Talfan Davies said public trust that the BBC can approach 'very complex areas' with complete impartiality is 'the absolute bedrock' of its decision-making.

But The Spectator claimed: 'The point is that by including transwomen on a list of women, the BBC is taking sides in a contested issue.'

Meanwhile, the BBC said in a statement that it would not be renewing its participation in the Stonewall Diversity Champions Programme but will continue to work with a range of organisations to support its LGBT staff.

Mr Talfan Davies told Women's Hour the BBC is trying to create an inclusive working environment, while ensuring it remains balanced with its output.

He said the issues of transgender and women's rights are 'highly polarised debates'.

'The key thing for the BBC, as a broadcaster utterly committed to impartiality, is to ensure that audiences have trust in us to come into these very complex areas dispassionately and fairly,' he said.

'In the case of the Stonewall Diversity Champions Programme, it had led to questions about whether the BBC could be truly impartial when reporting on public policy debates like this, given that Stonewall has an active campaigning role in this space.

'For that reason we believe it's the right time to step back from that programme.'

This year the BBC's Women's list 'is highlighting women playing their part to reinvent our society' and is dominated by inspirational women from Afghanistan.

For their own safety some of the women appear under pseudonyms and have not been pictured, in light of possible attacks against them in their home country.

In Afghanistan the Taliban does not allow girls to receive a secondary education and many women were told not to return to work following the takeover in August.

The BBC said:'This year's list recognises the scope of their bravery and their achievements as they are forced to reset their lives.'

Sahar Fetrat, one Afghan woman who has been listed, demonstrated the scale of suffering for the women who fled the country this year when she wrote on Twitter last month: '…it’s also been a hundred or a hundred and more days of waking up from utterly disturbing dreams, every morning. Desperately lifting a heavy heart and pushing it through in the midst of despair, is an act of hope.'

All TV dramas in which women have appeared are now banned from the screen, edicts handed down by Afghanistan's Ministry of Vice and Virtue said.

Female news readers - who are already compelled to wear headscarves - must now wear 'Islamic hijabs' the rules added, without specifying exactly what that means.

It is just the latest repression of women's rights by the Taliban since the Islamists seized control of the country in August, and further undermines their claims to have reformed and become more moderate.

The laws were contained in a new rulebook issued by the Ministry of Vice and Virtue - which under the old Taliban regime was charged with enforcing its strict interpretation of Sharia - to ensure all media reinforces 'Islamic or Afghan values'.

'Those dramas...or programmes in which women have acted, should not be aired,' the rules said.

The move drew criticism from Human Rights Watch (HRW), which said media freedom was deteriorating in the country.

'The disappearance of any space for dissent and worsening restrictions for women in the media and arts is devastating,' said Patricia Gossman, associate Asia director at HRW, in a statement.

Other rules handed down by the Ministry include a ban on foreign films which promote 'foreign cultural values'.

Any programme deemed to violate the principles of Sharia, or deemed insulting to religion or Afghans, is also outlawed.

Footage of men exposing 'intimate' body parts are also outlawed, without defining what body parts will be considered 'intimate'.

Some dope objects to Trans women being included in BBC 100 Women 2021 and is trying to stir up Outrage. This is the most ludicrous response I’ve seen so far, kinda says it all on the mental gymnastics some will do to simply exclude Trans women. Sighs & hugs to my Trans friends. pic.twitter.com/NgmArWuwHd

It is just the latest repression of women in Afghanistan, who have been confined to their homes since the Taliban take-over of the country.

Girls have been banned from attending school, and women have been told not to return to work unless their position cannot be filled by a man.

The Taliban insists these measures are 'temporary' until they can ensure the 'safety' of women, but this has done little to reassure those in the country or observers.

Taliban governors have also banned female sport, with members of the Afghan women's volleyball saying they have been forced into hiding after being threatened.

The captain of the volleyball team, speaking anonymously, even went so far as to suggest last month that one of the players had been beheaded.

Afghanistan, which for two decades was run by a Western-backed administration and propped up using trillions of dollars in aid payments and other handouts, fell back into Taliban hands this year after Joe Biden withdrew troops.

The government and armed forces collapsed within a matter of weeks, with the Taliban sweeping virtually unopposed into Kabul.

Such was the speed of the take-over it surprised even the militants, who are now struggling to get to grips with governing and a myriad of issues facing the country.

Top of the list is the near-total collapse of the Afghan economy which has caused widespread poverty and soaring food prices, with the World Food Program warning that 90 per cent of civilians could need aid to survive the winter. 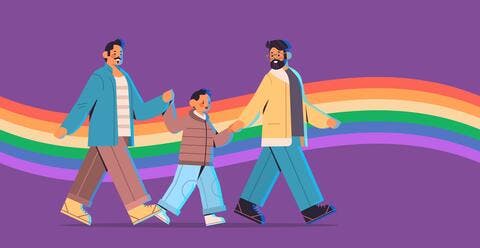 Meanwhile thousands of people are fleeing the country rather than submit to Taliban rule, triggering a refugee crisis in surrounding nations that has begun spreading to Europe and creating a brain-drain effect within government ranks.

The Taliban is also facing security threats from regional rivals, with ISIS-K - the terror group's Afghan branch - launching suicide attacks against mosques in an attempt to destabilise their fledgling regime.

Is Israel’s Toxic Waste Being Dumped in The West Bank?