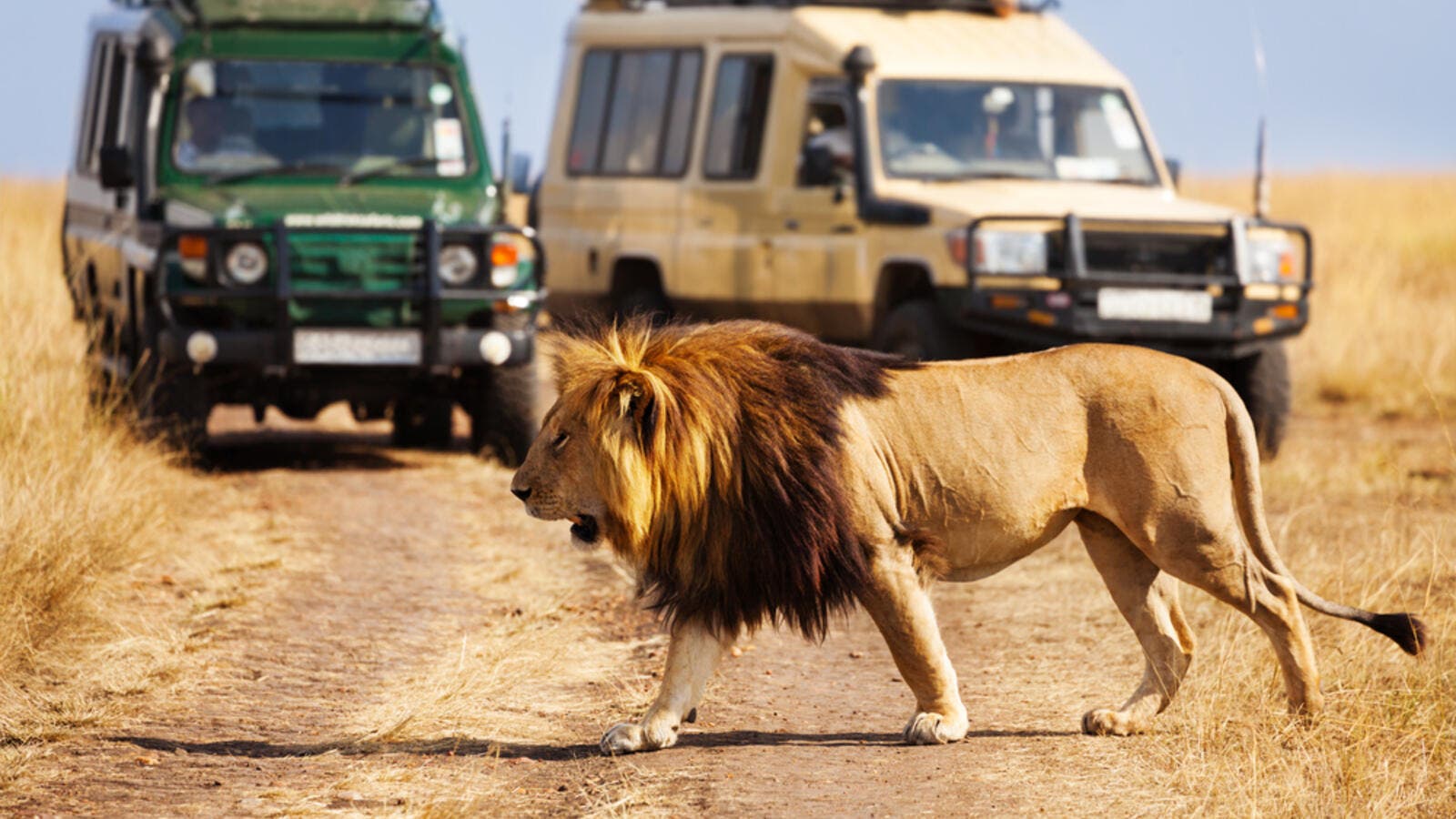 (Shutterstock/ File Photo)
Highlights
He jumps out of the front seat of his car and stands in the open road next to lions.

A reckless tourist was caught stepping out of his car during a safari just a few feet away from a pride of lions in South Africa.

Shocking footage shows two lions walking in the road and lounging around while people in surrounding cars take pictures.

One tourist then jumps out of the front seat and stands in the open road, with nothing between him and the dangerous animals.

Shocked gasps can be heard from behind the camera while onlookers watch the man carry on taking pictures seemingly oblivious to the danger he's in.

Visitors to the park are not allowed to get out of their vehicles for safety reasons and at the end of the video another car is seen pulling up next to the tourist to tell him off.

The footage comes just two weeks after a woman was caught on camera climbing into a lion's enclosure at a New York City zoo.

Myah Autry, 32, was filmed waving to the lion from inside the enclosure.

In the video, she is seen staring the lion in the eye as fellow visitors watch on in apprehension.

The lion watched Autry curiously, as she began to dance and taunt him.

The only thing separating her and the lion was a concrete moat surrounding the inner exhibit.

Police have been looking for Autry, who lives in Harlem, ever since the videos went viral on social media.