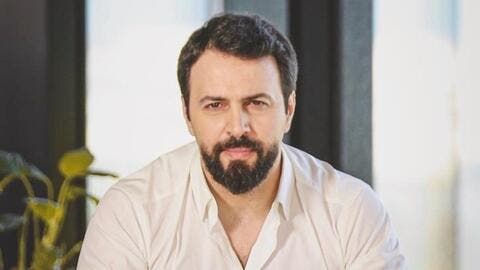 New Picture of Taim Hassan From Al-Hayba Finale.. And Actor Confuses Fans With an Ambiguous Comment

Lebanese actress and presenter, Aimée Sayah has shared a selfie with actor and co-star Taim Hassan from Al-Hayba behind the scenes.

Although the actress did not reveal the date of Al-Hayba 5 premiere, but she did say that it's "Too Soon". Sayah also revealed that filming is still ongoing.

Sayah expressed her great happiness with this project, and her partnership with the leading actor of the franchise, Taim Hassan.

Aimée also indicated that standing in front of the camera with an Arab star like Taim is very important to her.

'The experience with him was more than wonderful.. it was inspiring, fun, and enriching.'

The Lebanese beauty also revealed the name of her character in the fifth and final season of Al-Hayba, which will be Sarah Ibrahim. 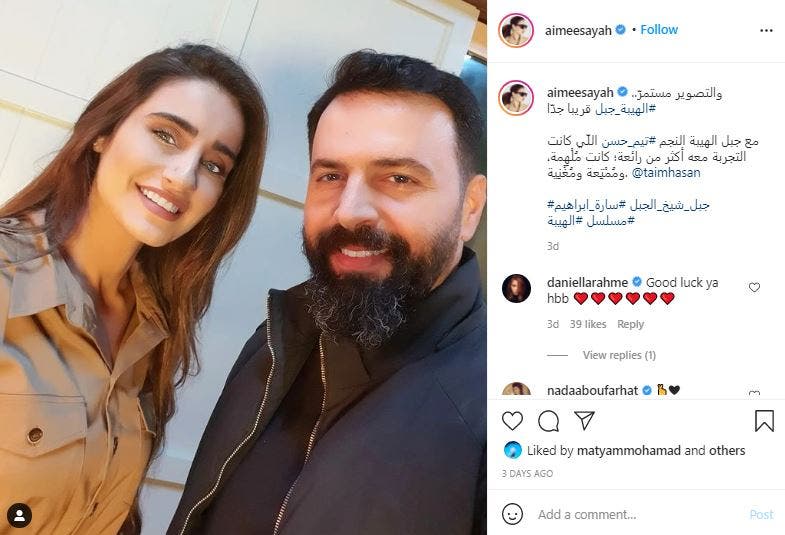 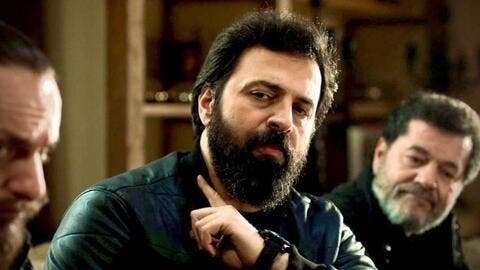 Fans of the show have showered Aimée Sayah's post with comments, expressing their great happiness with this partnership, and their eagerness to watch the show, especially after it was previously postponed, stressing their deep love for the two stars, and their optimism for the new season no less important than the previous ones.

Earlier, Taim Hassan has longed for his followers for the new and last season of Al-Hayba, by publishing various pictures from behind the scenes, and commented with phrases that were circulated by many followers, such as "Your family is your family, even if you become a doomer."

The director of Al-Hayba, Samer Al-Barqawi, had confirmed that the finale season will be very strong and eventful, and will present something new that was not presented in the previous parts, adding that the presence of a star like Abdel Moneim Amayri will add to the show in a very large way, and he will increase its success.