New Picture of Taim Hassan From Al-Hayba Finale.. And Actor Confuses Fans With an Ambiguous Comment

Syrian artist and the leading actor of Al-Hayba franchise, Taim Hassan, has shared a new picture from the show's finale season. 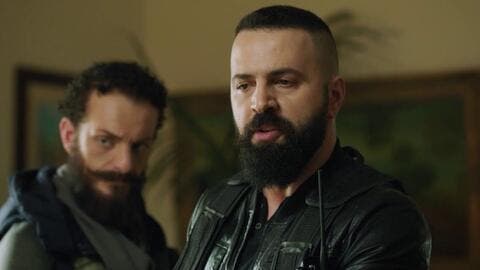 In the picture, Taim was standing across the sea while holding a rifle and gazing into the horizon.

However, the actor's comment on the picture confused his fans, especially since he used a rural Lebanese accent that is not popular among viewers.

Taim wrote: "If the ones who support me actually do their job, I won't be worried, but I would get worried if my supporters stop supporting me."

Hassan's comment created a state of confusion among his followers, because they couldn't know the meaning behind it, as he chose words that are difficult to understand, except for those who were fully familiar with the Lebanese dialect of the mountainous regions.

Some followers tried to explain Taim's words, suggesting that he would be betrayed by those close to him in the series, and the scales will differ and the battles will begin, noting that they are eagerly waiting for season finale.

Syrian actor Talal Mardini was one of the commentators, as he wrote: "Waiting for you, star".

Director of Al-Hayba, Samer Al-Barqawi, had recently revealed some facts related to the events of the fifth and final part of the show, which will be titled Al-Hayba Jabal.

He added in press statements that the events of the fifth season will take place in spring and summer, unlike previous seasons, which will give a new image to the series while preserving its basic spirit. 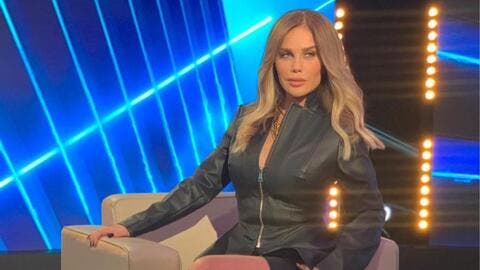 Nicole Saba FURIOUS with Al-Hayba Production Company: 'I Was a Scapegoat' (Video)

In Al-Hayba finale season, Syrian actor Abdel Moneim Al-Ameri is added to the cast to play Taim Hassan's rival, While feminine starring role is given to Lebanese actress Aimée Sayah.

The director also indicated that some roles will recede due to the new dramatic context; Because the events of the fifth part will be in the direction of determining the final fates of the main people of Al-Hayba and the Jabal family.