As all clues indicate that Can Yaman and Diletta Leotta have broken up, Italian celebrity gossip expert Alessandro Rosica adds more fuel on fire by confirming the separation news stronger than ever. Less than 24 hours, Alessandro shared a post with his 129k followers on Instagram about the unfortunate future of Can and Diletta's relationship.

The gossip expert started his post by criticizing those who didn't believe him in the beginning and called them "fake bloggers".

'But these fake bloggers who only now say that it is over between Can and his lover?!? What's up?!? was it so hard to prove me right over a month ago?!? Get in line, head down and start working hard too, instead of discrediting the work of others. Because I'm not here to be a puppet, I'm here to bring you the truth you deserve. The end (as I said over a month ago)'

In another post, Rosica revealed how many people didn't believe him when he talked about the Yaman-Leotta's breakup.

'It was July 20, over a month ago, when I announced the end of the Yaman-Leotta relationship, no one believed me, no one !!! With my head down I had to put up with everything; Criticism, insults and profile closures, but the truth and hard work always pay off ... I fought for what I believe in, for you and to give what my followers deserve, the truth !!! Others just fought to make news, followers and money !!! That's why you will always be ten inches behind me, you have lost credibility. This Yaman -Leotta for me is absolutely not a point of arrival, but it is a starting point. The end. Alessandro Rosica' 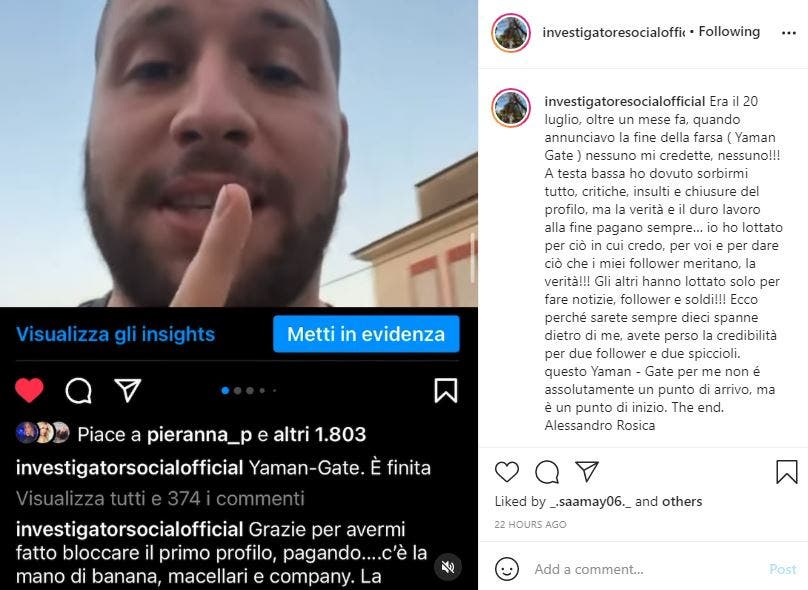 Amid the Can-Diletta breakup drama, Alessandro Rosica denied the possibility of the sports presenter getting back togther with her ex-boyfriend, boxer Daniele Toretto. Alessandro stated: 'Diletta Leotta - Daniele Toretto. As you are often asking me, I remove all doubts. I categorically deny a possible flashback of Diletta with Toretto. Both are very far from this idea. In addition to a shy friendship, nothing more !!! Closed chapter. Source Alessandro Rosica' 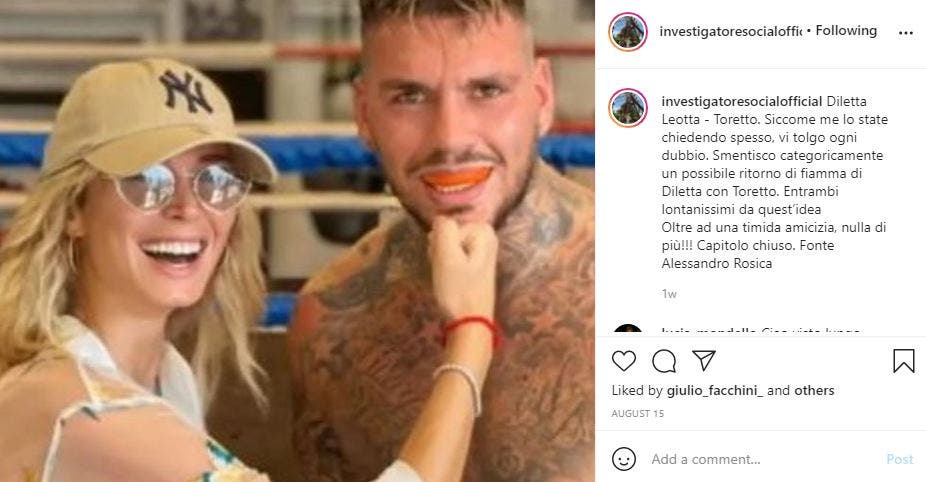 So far, neither Can Yaman or Diletta Leotta have commented on the strong separation rumors.