As he said it himself on his website; Alessandro Rosica does not tend to stop. 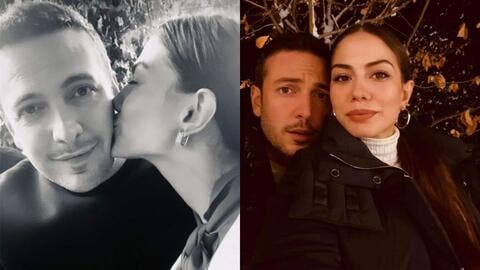 In the picture, Demet sported a white t-shirt and Oğuzhan was topless while they were enjoying their time on a boat. 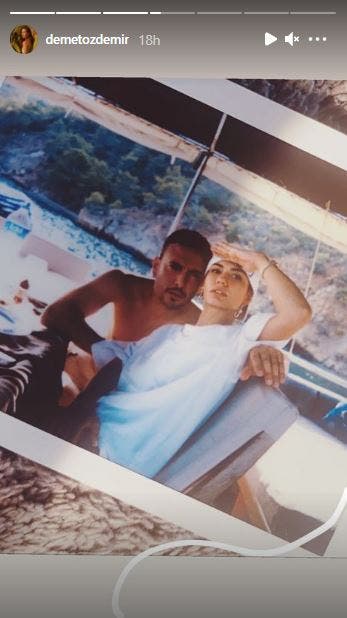 Demet's picture came amid the drama created by Italian journalist, Alessandro Rosica, who insists that Özdemir and Koç's relationship is fake.

Alessandro shared Demet's picture and commented that it was old and taken in the past, adding that the Turkish actress is currently enjoying her time at the sea, while her rumored hubby is currently filming O Ses Türkiye (The Voice Turkey).

The Italian gossip expert then criticized Demet for not being with Oğuzhan during these important times of his career. 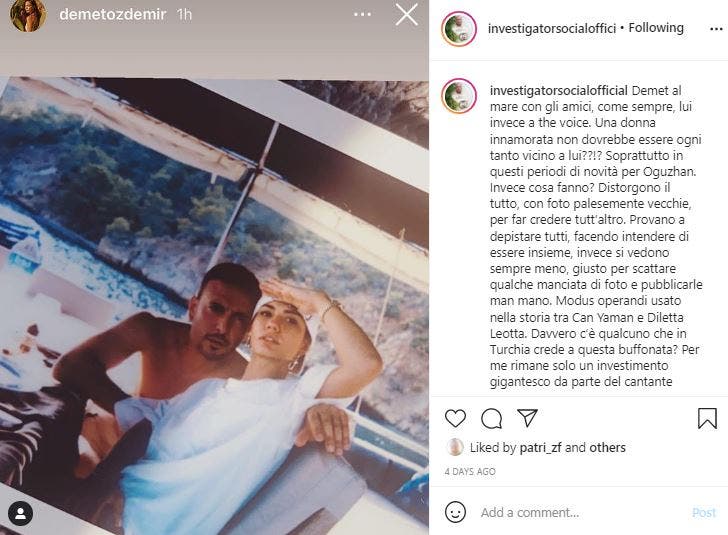 He wrote: 'What do they do instead? They distort everything, with clearly old photos, to make people believe something else. They try to sidetrack everyone, implying that they are together, but they see each other less and less, just to take a few handfuls of photos and publish them gradually.'

Rosica continued his attack on Özdemir and Koç and said that they are using the same publicity technique used by now-separated couple, Can Yaman and Diletta Leotta; Faking a love story to gain more popularity.

'Is there really anyone in Turkey who believes in this antics? For me it remains only a gigantic investment by the Turkish singer, but the time has come to end this little theater. The facts speak for themselves. Alessandro Rosica.'

After Alessandro's attack, Demet Özdemir and Oğuzhan Koç have indirectly responded by posting the same picture on their Instagram accounts.

In the photo, Demet was enjoying the sea breeze during sunset while Oğuzhan was fishing. And they both captioned the shot with only a sea emoji.

Alessandro then posted an old video of Demet and Oğuzhan packing on the PDA in the sea, and claimed that one of the paparazzi who photographed the couple was in fact a friend of Oğuzhan Koç. 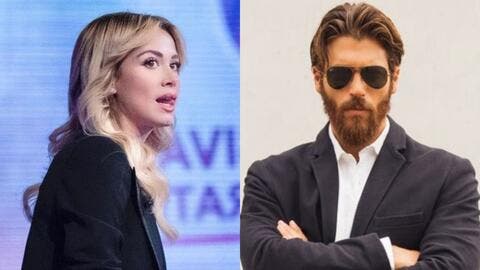 'Oguzhan-Demet. old video, but you understand everything. A sincere, genuine and pure, cameraless love. We were right under our noses and always ignored it. Oğuzhangate has just begun. One of the paparazzi that morning is a close friend of Oğuzhan. coincidence? You're tough, I'm tougher. Alessandro Rosica.'