Day after day, Italian gossip expert, or as he calls himself 'Investigator Social Official', Alessandro Rosica, provides a new evidence to prove that the relationship between Demet Özdemir and Oğuzhan Koç is fake. 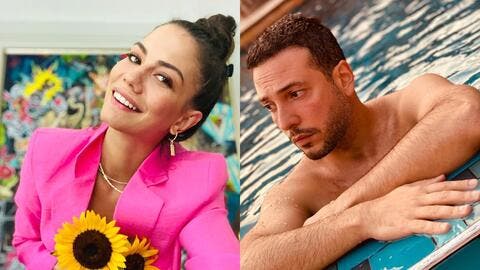 Demet Özdemir Is SINGLE and Not With Oğuzhan Koç!

Alessandro has declared more than once that what we see between Oğuzhan and Demet is only a PR stunt to create more exposure around the stars, therefore lucrative work proposals would be offered for their own benefits.

Yesterday, Rosica revealed some of the ads done by Demet and Oğuzhan on Instagram.

The Italian celebrity investigator shared with his 109k followers on Instagram pictures of the alleged couple's ads, and captioned it:

'Oguzhangate Demet-Oguzhan. Living sponsors, I have already lived this story, Can-Diletta 2.0. He sponsors Deus, and she sponsors jewelry and headphones. Look at the tag. Together they organize a day with various sponsors, the way that Yaman gate worked. So same approach. Fake history destined to shatter. Alessandro Rosica.' 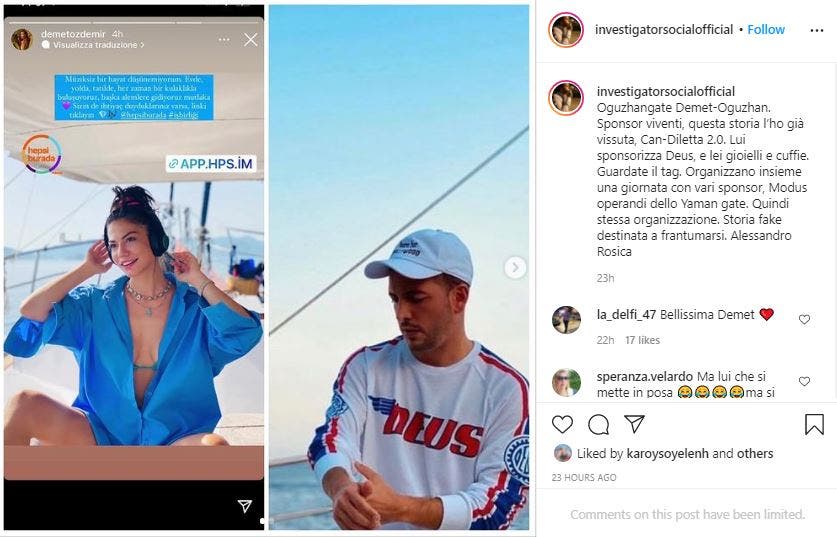 In another post, Alessandro supported his claims by sharing a similar story about Özdemir and Koç by Turkish journalist, Bilal Özcan.

In a lengthy post, Bilal Özcan wrote a breakdown of the alleged nature of relationship between the actress and singer.

He titled it: 'DEMET ÖZDEMİR- OĞUZHAN KOÇ LOVE IS AN ADVERTISING?' 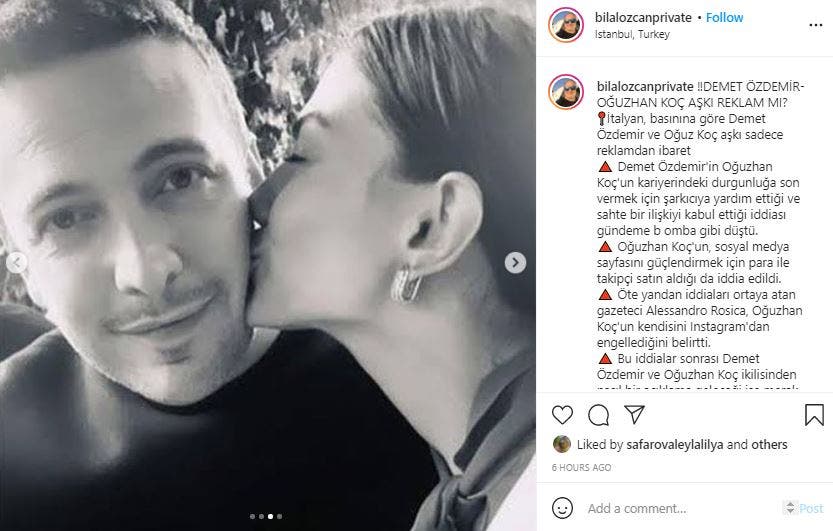 'According to Italian press, the love between Demet Özdemir and Oğuz Koç is just an advertisement.
The claim is that Demet Özdemir has helped the singer to end the stagnation in his career and that she accepted a fake relationship fell into the agenda like a bomb.

It was also alleged that Oğuzhan Koç bought followers with money to strengthen his social media page.

On the other hand, journalist Alessandro Rosica, who made the allegations, stated that Oğuzhan Koç blocked him from Instagram. 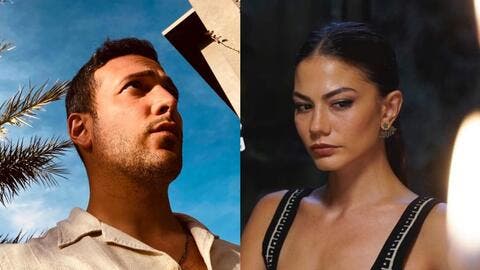 After these allegations, it was a matter of curiosity what kind of explanation would come from the duo of Demet Özdemir and Oğuzhan Koç.'

Alessandro Rosica was happy to hear Bilal Özcan's statements, as he commented:

'Turkish journalist Bilal is not new to us, we know who he is, this means that in Turkey something big is moving, as I told you, Oğuzhan is shaking, in fact, after having unmasked him, he is not buying any more followers. Is it the beginning of the end for @oguzhankoctv? What will they come up with now that they are being pressured and exposed by me? Alessandro Rosica.' 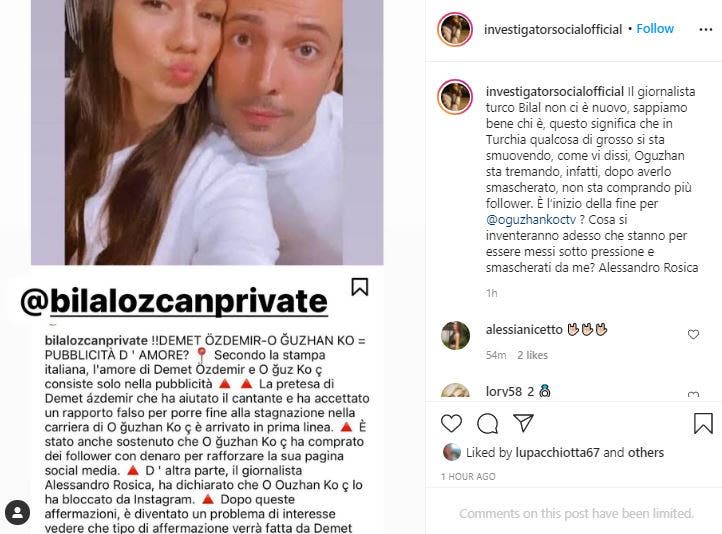 Demet Özdemir and Oğuzhan Koç haven't made any comment yet on the claimed rumors.