Angelina Jolie was seen again in New York City as she enjoys an extended trip on the East Coast where she has visited museums, restaurants and the apartment of her ex-husband Jonny Lee Miller. 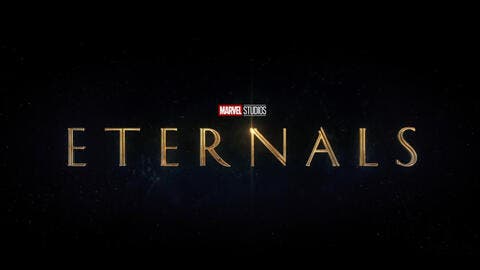 The Oscar-winning actress, 46, was flashing a new tattoo she had gotten last year as she wore a short-sleeve top while walking out of the Carlyle hotel on Manhattan's Upper East Side.

The cryptic inking reads 'eppur si muove' which is Italian and translates to 'and yet it moves.' She loves the big city life: Angelina Jolie was seen again in New York City as she enjoys an extended trip on the East Coast where she has visited museums, restaurants and the apartment of her ex-husband Jonny Lee Miller.

The quote is from astronomer Galileo Galilei. He said, 'Earth moves and it’s not the center of the universe, muttered it to the inquisitors, as if to say that they may have won this battle, but in the end, truth would win out.'

The actress mentioned the new artwork in an interview she did with British Vogue earlier this year but this is the first time it has been seen. 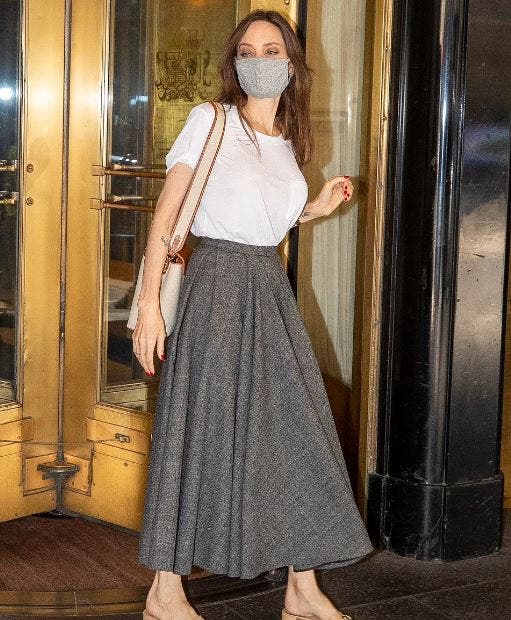 Her other tattoos include Bengal Tiger, Khmer Script, Quod Me Nutrit Me Destruit, a cross, Geographical Coordinates of her children, Yant ViHan Pha Chad Sada and a M among others.

The Maleficent actress had on a white T-shirt with a pocket in front as she added a long a line dark gray skirt with nude Salvatore Ferragamo slides that had a gold accent on top.

Jolie also carried a purse on her shoulder and wore a light gray face mask. And the humanitarian - who is the United Nations High Commissioner for Refugees - added a gold watch and necklace.

Before she was seen at Miller's apartment in Dumbo, Brooklyn, New York, on Tuesday night for the second time in a week.

She was joined by her 17-year-old son Pax during the visit after she was previously spotted at the Trainspotting star's, 48, home on Friday June 11. 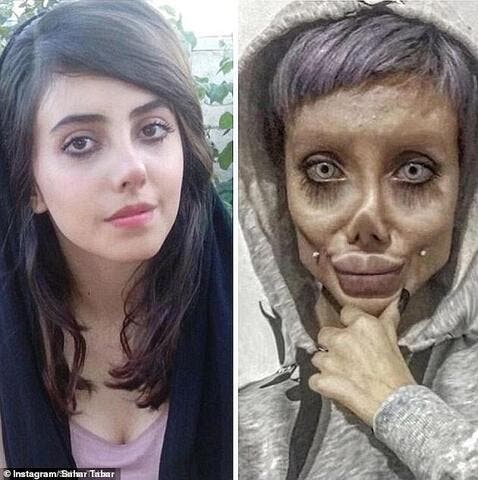 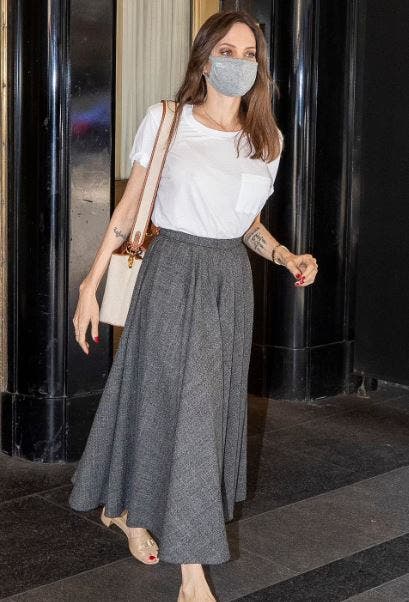 Angelina and Jonny were married in 1996 after meeting on the set of their movie Hackers a year prior, but separated shortly after and officially divorced in 1999.

It comes after Angelina was reportedly left 'bitterly disappointed' after a court awarded joint custody to her ex Brad Pitt with the star allegedly set to appeal the decision with a hearing due for July 9.