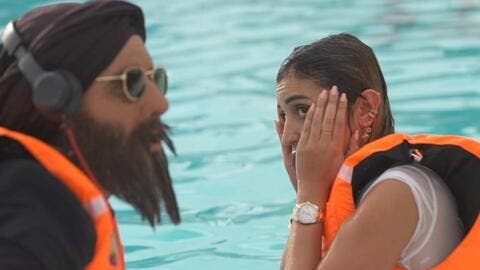 At the beginning of the episode, Ramez introduced Hamada as his best friend, as the two actors go back in time and had worked together on several films.

Hamada was invited to Saudi Arabia, where the prank takes place, under the pretext to take part in promoting General Entertainment Authority.

At first, Helal was hosted by Saudi comedian Hassan Assiri in the theme park to play multiple games, such as paintball.

Unfortunately, Hamada was not lucky as one player took an aim at Helal's face and hit him on the lips.

Hamada immediately stopped playing because the shot caused his upper lip to swell up, making him very much irritated.

Ramez Galal practiced his usual moves in the capsule by trying to spark the maximum rage and irritation of the guest, but Hamada Helal somehow managed to stay calm before he was pushed out of the capsule to fall into the large pool underneath.

After Ramez and Hamada jumped into the pool, Ramez removed the Indian costume disguise to reveal to Hamada that it was all a prank, and he even mocked Helal's swollen lips and told him that he now has Angelina Jolie's lips. 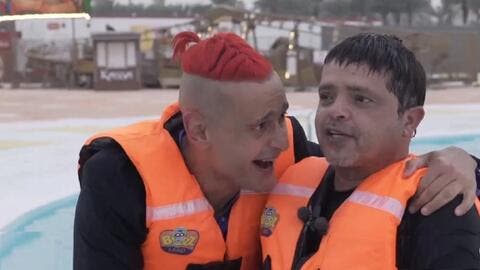 After the episode was over, Hamada Halal posted an old picture of him and Ramez Galal, and captioned it: 'What can I do my friend, May God forgive you Ramez.'