Because of This Picture.. Fans Congratulate Yasmine Sabri on Pregnancy!

In the footage, Yasmine was standing on a balcony and took a back shot while she turned her neck to look at the lens.

The image had the caption: "I'm pregnant. Aren't you going to congratulate me?" 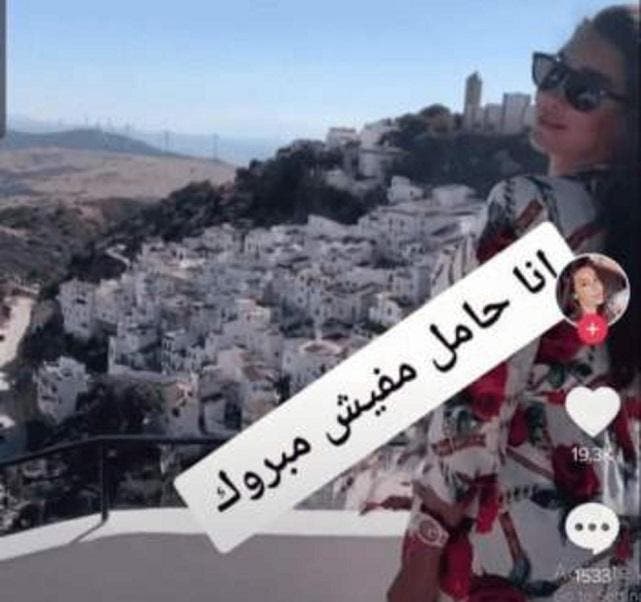 Not so long after the picture was circulated, fans quickly came to know that this was only a fabrication, especially that Yamsine owns two verified accounts on Instagram and Twitter, and the picture was published on a TikTok account.

Despite the image and news being not real, newlyweds Yasmine Sabri and Ahmed Abo Hashima received many congratulatory messages, wishing them and their coming baby good health and happiness, while others started guessing names for the unborn child.