Lebanese sports commentator and ex-porn star Mia Khalifa has been shedding light on the crisis taking place in Palestine since last week. 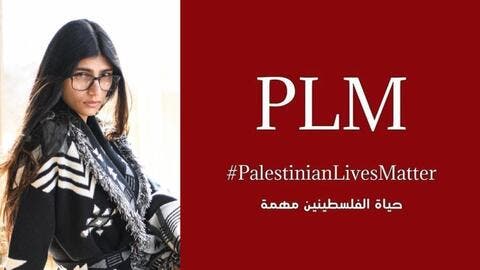 'Spread The Word'! Mia Khalifa Pomotes Los Angeles Protests on May 15 in Favor of Palestine

As the world has noticed that international news agencies is keeping their silence amid the horrific attacks on Palestinians in Sheikh Jarrah neighborhood, social media platforms are not any better, as they've been practicing posting blackout either by reducing reach, deleting comments or suspending accounts.

Mia Khalifa was no different than other supporters of Palestinians, as Instagram deleted her Palestine-related posts.

But Khalifa was determined to convey the truth to her 23.7 million followers on Instagram, and she did so by posting the intended message with the help of Palestinian-American model, Bella Hadid. 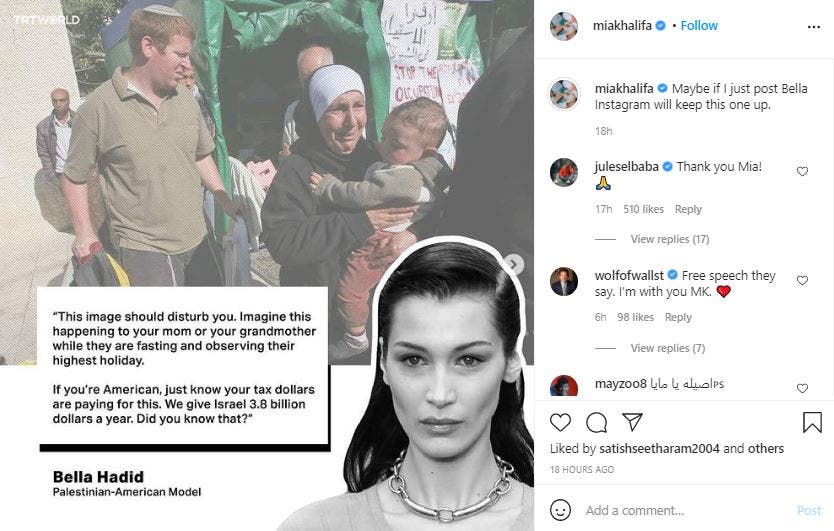 Mia Khalifa shared a picture and a quote of Bella Hadid that said:

"This image should disturb you. Imagine this happening to your mum or your grandmother while they are fasting and observing their highest holiday. If you're American, just know your tax dollars are paying for this. We give Israel 3.8 billion dollars a year. Did you know that?"

Mia captioned the image and wrote: 'Maybe if I just post Bella Instagram will keep this one up.' 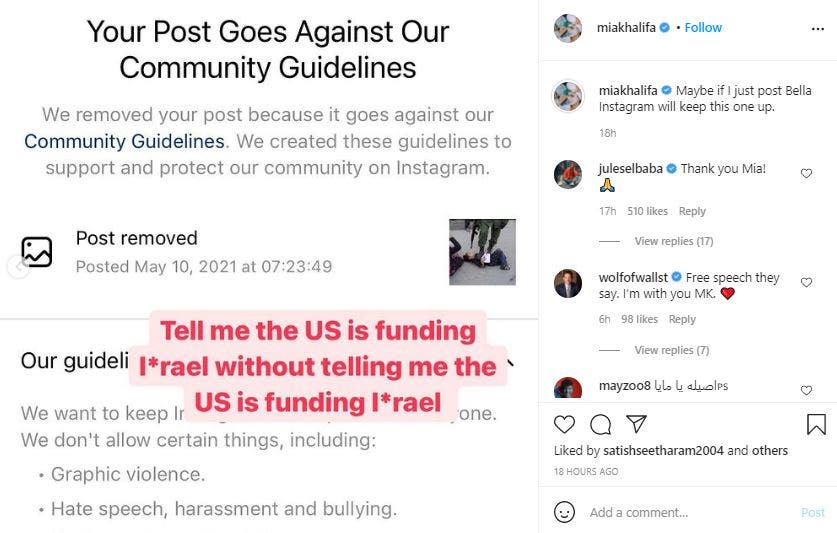 The sports commentator made sure to keep her Stories active too in support of Palestinians.

She shared a video of a brave young Palestinian girl standing opposite to an Israeli troop of soldires, and commented: "I've never seen bravery like this in my life. PALESTINE WILL BE FREE.' 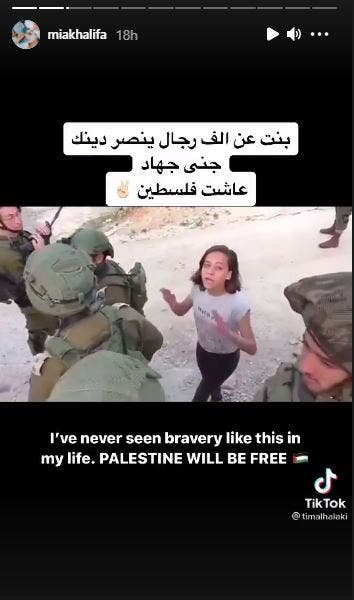 Mia also quoted the brave girl who said: "Keep laughing because Palestine will prosper whether you want it or not." 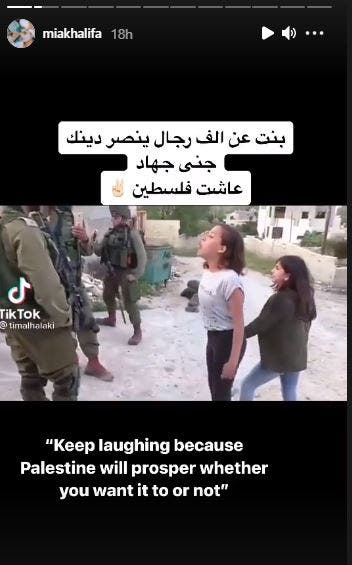 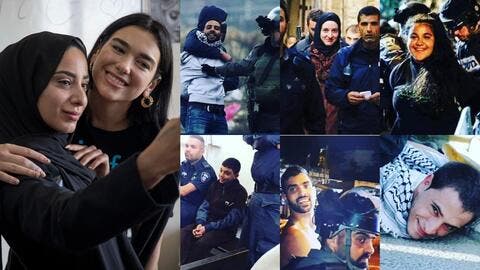 Khalifa also shared a video of Israeli occupation forces detaining a Palestinian young man at Damascus Gate in the occupied city of Jerusalem.