Disney has announced changes and postponements to numerous upcoming films, including Black Widow and Cruella, as theaters continue to re-open amid the pandemic.

Both of the films will now be headed for the big screen and Disney+ on their respective premiere dates, according to Variety.

Black Widow, the Marvel spin-off movie that stars Scarlett Johansson, was initially scheduled to premiere on May 7, but has been postponed to July 9.

Meanwhile Cruella, starring Emma Stone as the titular villain, will still premiere on it's original premiere date of May 28, but will now also be available on the streaming platform.

The titles are just two of seven that Disney has altered plans to in light of the pandemic. 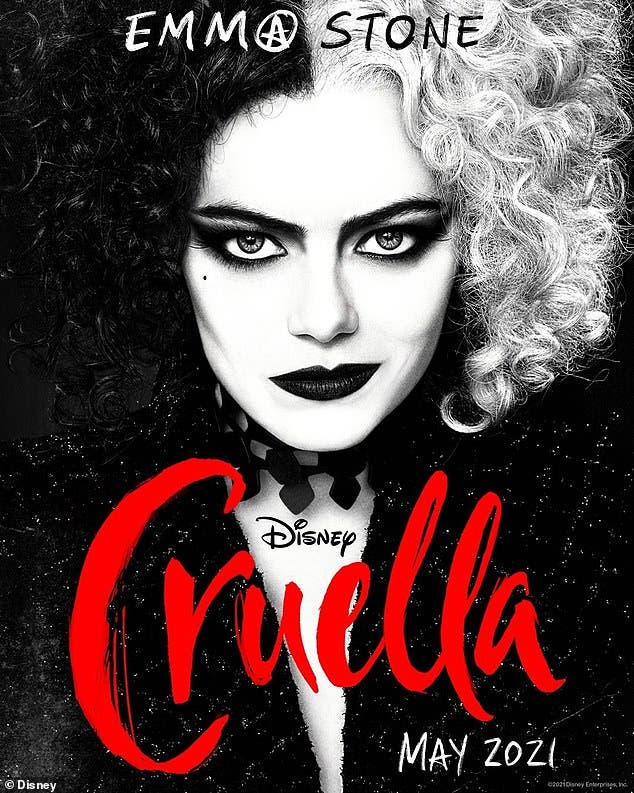 That film will appear in theaters.

Not appearing in theaters, however, is the Pixar film Luca, which will instead be available on Disney+ on June 18.

The chairman of Disney Media and Entertainment distribution, Kareem Daniel, explained that the move 'reflects our focus on providing consumer choice and serving the evolving preferences of audiences,' according to Variety. 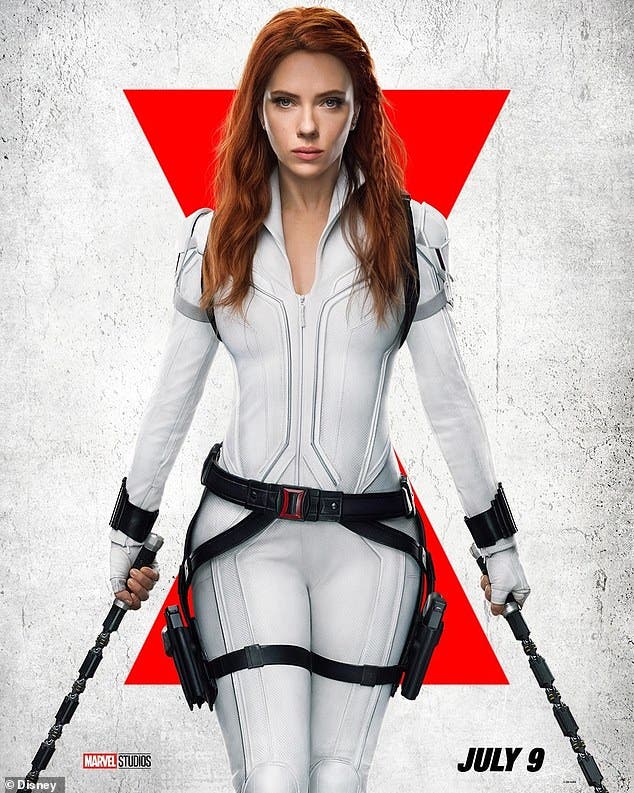 'By leveraging a flexible distribution strategy in a dynamic marketplace that is beginning to recover from the global pandemic, we will continue to employ the best options to deliver The Walt Disney Company’s unparalleled storytelling to fans and families around the world.'

This comes just weeks after Disney announced its streaming platform had surpassed 100 million global subscribers - achieving half the audience of Netflix just 16 months after it first launched.

The incredible milestone was first revealed in a shareholder meeting in early March, in which executive chairman Bob Iger also confirmed he will be leaving the company at the end of the year, having previously announced his resignation in February 2020.

'The enormous success of Disney+ — which has now surpassed 100 million subscribers — has inspired us to be even more ambitious, and to significantly increase our investment in the development of high-quality content,' CEO Bob Chapek said in a statement.

The meteoric rise of the family-orientated platform has stunned the industry and put Disney on course to compete with the industry leaders of Netflix and Amazon Prime.

Emma Stone Reveals She is Pregnant And Loves The Married Life
Tags:Black WidowCruellaMovies

How is Kuwait Fighting Corruption?