Published September 23rd, 2022 - 05:18 GMT
US actor and producer Brad Pitt arrives on September 8, 2022 for the screening of the film "Blonde" presented in the Venezia 79 competition as part of the 79th Venice International Film Festival at Lido di Venezia in Venice, Italy. (Photo by Tiziana FABI / AFP) 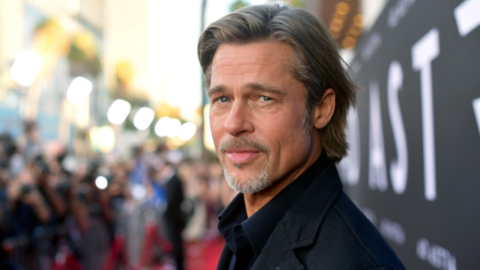 The Hollywood star has unveiled beauty line Le Domaine, which has been developed in collaboration with the Perrin family of the Château Beaucastel vinters, and has been described as "science-meets-nature" with a face cream, cleanser and serum available.

He told Vogue magazine: "I know there are new products nearly every day that people are trying to launch, but if I hadn't seen a real difference visually in my skin, we wouldn't have bothered."

brad pitt releasing a “genderless” skincare line is already questionable but putting “no conservatives” when they meant “no preservatives” is taking me out pic.twitter.com/ABRaxyHVrE

The 58-year-old actor admitted he decided to consider launching his own brand despite not always following a good beauty routine of his own.

He explained: "I get sent stuff all the time and... ugh. It's just all the same for me. But this last year we have been testing Le Domaine and I was really surprised by the results, and that for me, made it worth going forward."

Meanwhile, the 'Bullet Train' star has shrugged off the idea of being the "face" of the brand.

He did point to his ex-fiancee Gwyneth Paltrow as an influence when it comes to the way she "built this empire" with her company Goop.

He added: "I love what Gwyneth’s done [with Goop]. She is still a really dear friend, and she has built this empire.

"She has always had that in her as a curator, and it’s been a lovely creative outlet for her.

"In fact, come to think about it, she was probably the first one who got me to even wash my face twice a day… maybe."

Pitt also noted he doesn't want to be seen as "running from ageing".

He said: "It’s a concept we can’t escape, and I would like to see our culture embracing it a bit more, talking about it in those terms. Something we discussed [in founding Le Domaine] was this headline of 'anti-ageing'. It’s ridiculous. It’s a fairytale. But what is real is treating your skin in a healthy manner."