It is rumored that Can Yaman's mother, Güldem Yaman, does not approve the relationship of her son with Diletta Leotta, she even does not acknowledge it on social media, reporting Comingsoon.it. 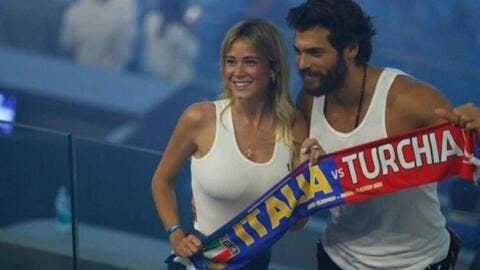 Can Yaman and Diletta Leotta have been facing various difficulties, including unfounded chatter about their relationship, burning sightings and the aversion of the mother Güldem for the Sicilian journalist.

It seems, in fact, that the relationship disapproval by Can's mother stems from being worried about the media impact on her son, by tackling his name in the name of this love story.

Ever since Can Yaman and Diletta Leotta have announced their relationship, everyone started wanting to know more about this union.

There was a talk of a wedding organized in a hurry, then a betrayal, and even a fiction between the two that they're dating under the spotlight only for advertising purposes.

In short, Can and Diletta have been facing all kinds of rumors. Even with the most scandalous ones, they always hold their heads high, showing themselves sincerely in love.

After being accused by fans of being accomplices during a weekend in Sicily, the two showed themselves in love at the Olympic Stadium to watch the debut of the Italian national team against the Turkish one.

In the meantime, it appears that Mr. Wrong's mother isn't exactly happy with this relationship.

According to sources close to the Yaman family, in fact, Ms. Güldem would not approve of the media overexposure that her son is suffering from due to his relationship with the Sicilian journalist.

Furthermore, the fact that Can left Turkey to move to Italy would have fueled Güldem's discontent, leading her to hope for a sudden breakup.

The demonstration can also be found on the social profiles of Can Yaman's mother, who usually shares shots of her son with co-stars like Demet Özdemir or Özge Gürel during filming various soaps that made Yaman famous, carefully avoiding posting photos of her son in company of Leotta.

In short, do you think that this marriage will go along? 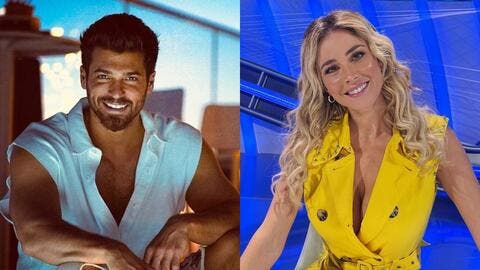