Can a Scientist, Doctor or Attorney Date Kim Kardashian?

Kim Kardashian sees herself dating a scientist, doctor or attorney in the future. 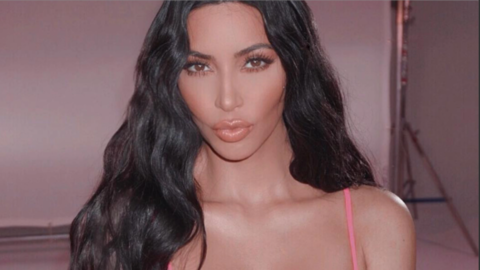 Kardashian said she's "not looking" for a relationship at the moment but wants to switch up her approach to dating when she's ready.

"I haven't really thought about it, because I'm not looking," the star said. "I just want to chill for a minute. I think I need some time to myself and to focus, finish school and all that."

"But I think my next route, I feel like I have to go to different places. Clearly, it's not working, whatever I'm doing," she added. "I don't know, maybe a hospital and meet a doctor. A law firm. I think it's going to be, like, scientist, neuroscientist, biochemist, doctor, attorney -- that's maybe what I envision in the future."

Kardashian and Davidson, a former cast member on Saturday Night Live, split in August after nine months of dating.

The television personality and her family will return in a second season of the Hulu reality series The Kardashians, which premieres Sept. 22.

Can a Scientist, Doctor or Attorney Date Kim Kardashian?