Can Yaman VIVIDLY GIVES THE FINGER on Instagram.. Is It Aimed at Fox After Suspending Bay Yanlış?

Turkish actor Can Yaman has shared a new picture with his 7.5 million Instagram followers which held an indirect message.

Yaman was modeling for Turkish brand Tudors Shirt Kingdom sporting a light blue shirt and tying a navy tie while looking away from the camera.

He captioned the shot by mentioning and tagging the brand's Instagram page, as well as tagging photographer Tamer Yilmaz, adding the hashtag #görünürol "be visible". 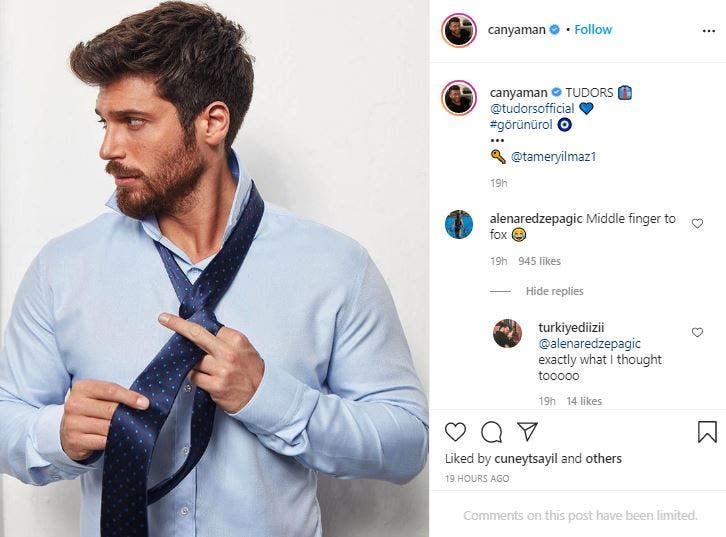 Can Yaman hit two birds with one stone, promoting shirts and blasting Fox according to commentators.

It doesn't require two people to notice that Can Yaman was giving the middle finger in his post, and commentators couldn't not notice that.

One follower said: "Middle finger to fox ?", the channel that aired Bay Yanlış "Mr. Wrong" and suspended the series at episode 14 on October 3 because of low viewership in Turkey after it was decided to have 29 episodes.

To make Can Yaman's point even clearer, Turkish brand Tudors posted a nine-picture-grid of the Turkish actor's shot on their Instagram, so you can actually see the solo finger in an indivual post.

They captioned the grid: "Be like a soul with the Tudors. Be visible." 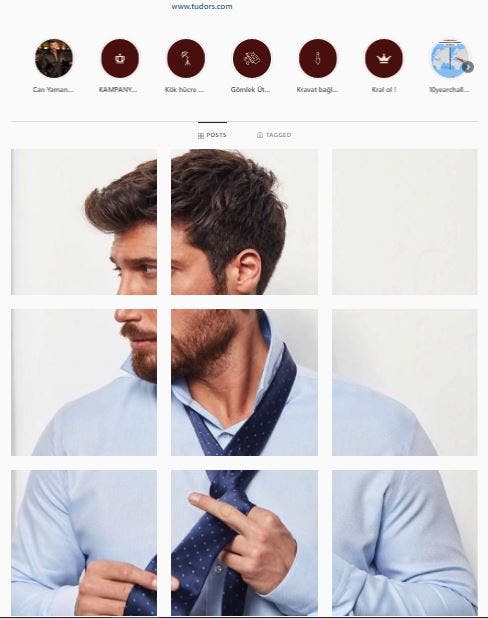 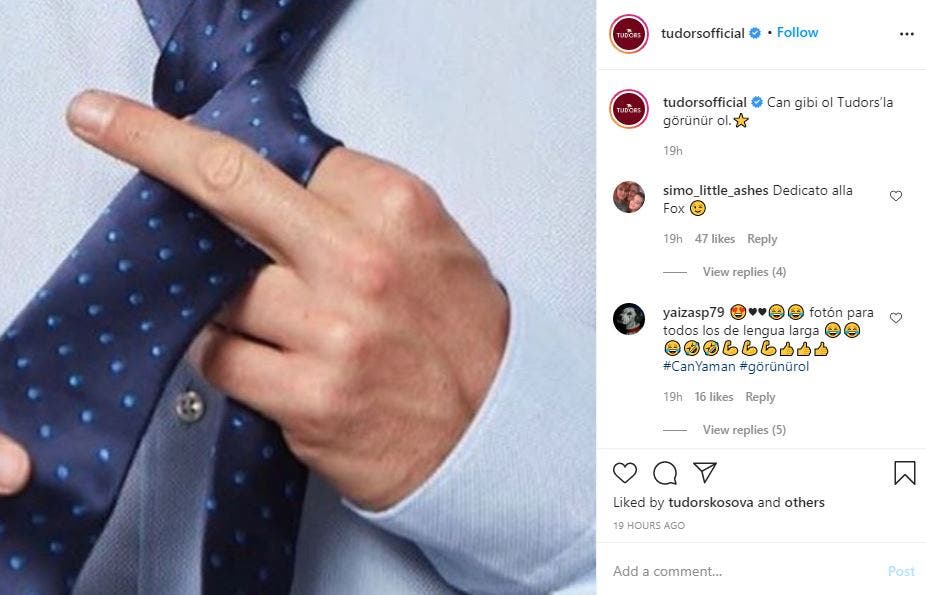 You Made Us Cry! Bay Yanlış Last Scene Was the Perfect Closure .. & Can Yaman and Özge Gürel Send Out a Message To the Cast
Tags:FoxBay YanlışMr. WrongCan YamanTurkey