The Italian sports presenter, 30, has granted herself a bit of relaxation in the Balearics, taking advantage of the break in Serie A championship.

After the end of her story with Can Yaman, the smile has returned to the DAZN's face, thanks to her friends of all time.

The host and face of DAZN, Diletta Leotta took advantage of the break from Serie A football championship to enjoy a relaxing weekend in Ibiza with her friends.

For her, a few days in the middle of “Wild Ibiza”, a wild island, which allowed her to disconnect a little from work that takes her every week around various football fields across Italy.

The bikini shots shared by the Italian bombshell have received a few clicks on her Instagram account, but enough to collect thousands of likes from her 7.9 million followers. 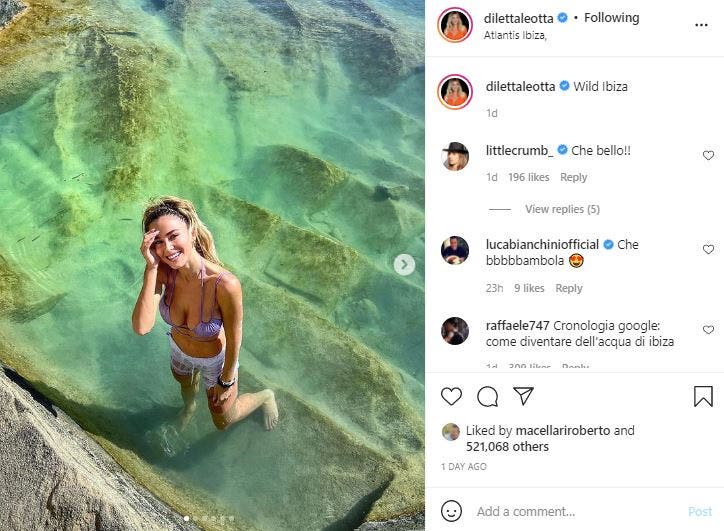 Diletta's ex-boyfriend, Daniele Scardina, a boxer and former contestant of “Dancing With The Stars”, was also spotted in Ibiza. The gossip has been unleashed on a possible return between the two.

The photographs of Leotta, however, despite having nothing strange, immediately triggered the suspicions of dating rumors.

Neapolitan influencer Deianira Marzano posted a story in which she showed that Diletta Leotta's ex-boyfriend would also be in Ibiza, and wrote: "Strange coincidences".

On Instagram, Diletta's ex Daniele Scardina posted a picture with his dog in a jet, and commented: 'Flying in style #Ibiza'. 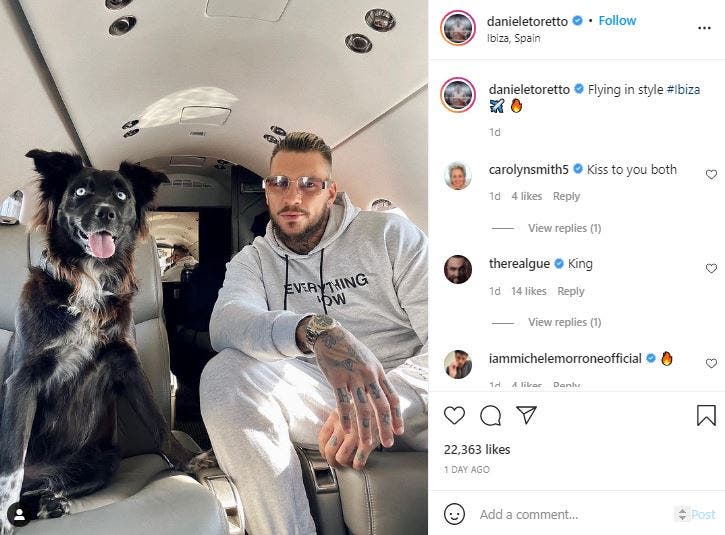 The report given by Deianira Marzano could be a simple coincidence, since many people travel to Ibiza in the month of October to continue their summer and relax on weekends, and it is not certain that between Scardina and Leotta there is really a rapprochement. Rumor Has It That Diletta Leotta Is Dating Athlete Giacomo Cavalli

Last weekend, Italian gossip expert Alessandro Rosica has reported that a flirtation is going on between Diletta Leotta and Giacomo Cavalli, adding that they were first spotted in Milan, and now they are both vacationing in Ibiza.

"For now it could be an alleged flirtation, acquaintance or something more", Rosica said. 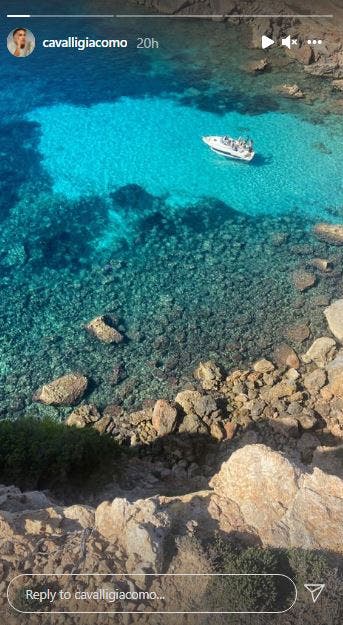