On October 4th, CEO of Lux Vide, Luca Bernabei, has announced on a live broadcast on W l'italia  Radio on Rtl 102.5 that 'We will leave to start filming Viola Come Il Mare (Purple Like The Sea) in Palermo with the leading actors of the show, Turkish actor of Albanian origin Can Yaman and Italian actress Francesca Chillemi.' 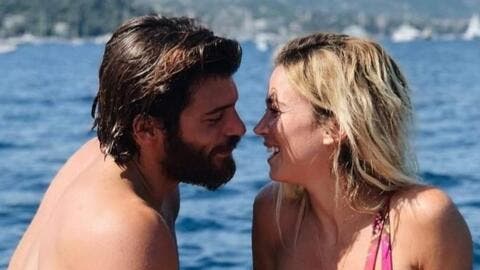 The Turkish handsome has shared a picture with his 8.7 million followers on Instagram from Villa Igiea, a Rocco Forte Hotel, Palermo, where he was dining with Francesca.

Can Yaman's laughing and Francesca Chillemi romantic gaze has prompted the picture to be heavily circulated on social media, with captions claiming that the two artists have lost their hearts to each other.

Many followers even mentioned that Can Yaman has quickly forgot about his ex-fiancée, Italian sports presenter Diletta Leotta, and that he set sail for a new love with Francesca. 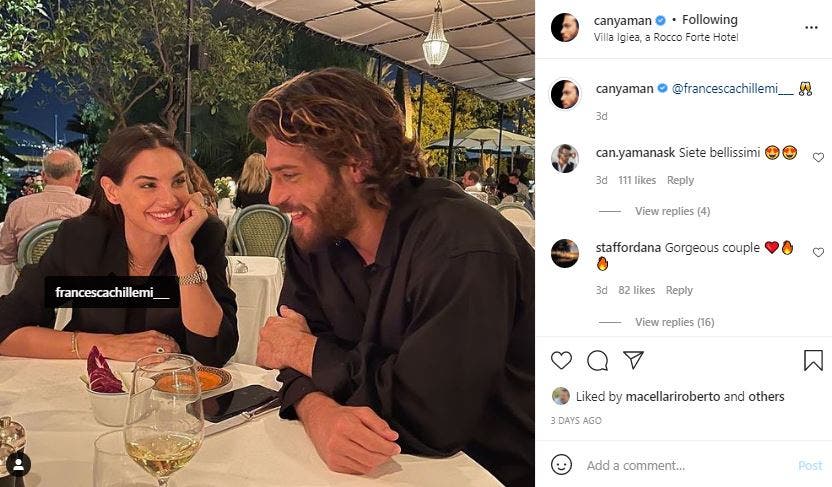 Some social media users commented 'It's an advertisement for the new series', while others stated that the famous actor has lost his heart to Miss Italia 2003.

The actor who will play Francesco Demir in Viola Come Il Mare captioned the viral image with a cheers emoji and tagging Francesca Chillemi's name.

If the Turkish actor seems to be single, former Miss Italy Francesca Chillemi is happily linked to her partner, entrepreneur Stefano Rosso, with whom she had a daughter in 2016, named Rania, so for fans, the love between Can and Francesca is only a dream.

The images, which let the fans' imagination go wild, therefore portray only the understanding between two colleagues who are ready to work together.

In addition to Can's picture, the Italian actress who will play Viola in Viola Come Il Mare has posted a joint picture on Instagram too. 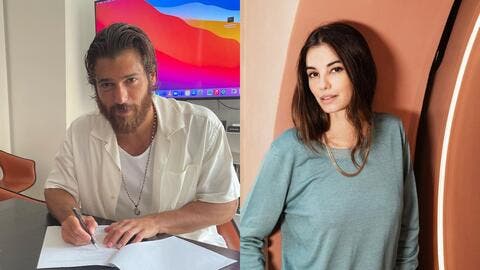 On September 22, Francesca Chillemi posed with Can Yaman while reading the script.

She captioned the image: 'Start reading the scripts! Happy to embark on this new adventure.'